Consistent with a proposal President Biden outlined in January, the Act eliminates premiums for many low-income people who are already eligible for plans in the Affordable Care Act (ACA) marketplaces and vastly reduces premiums for others. It extends new help with premiums to people with somewhat higher incomes who face high premium burdens. And it protects marketplace enrollees who experienced income fluctuations last year from large repayments of their premium tax credits to the federal government. Additional provisions will bring down insurance costs for specific populations, such as those who receive unemployment benefits and those who lose their jobs but want to temporarily maintain their job-based health insurance.

The law also offers a strong incentive for the 14 states that have not yet implemented the ACA’s Medicaid expansion to quickly do so by providing increased federal funds to states that newly expand. If the remaining states expanded Medicaid, nearly 4 million uninsured low-income adults, including about 640,000 essential or front-line workers, could gain coverage. Those who could gain coverage also include over 2 million people now in the so-called coverage gap — that is, people whose incomes are below the poverty line, and thus ineligible for premium tax credits for marketplace coverage, but who are ineligible for Medicaid under their state’s rules.

The American Rescue Plan Act boosts premium tax credits for 2021 and 2022, eliminating or reducing premiums for millions of current marketplace enrollees to ensure that no marketplace enrollee spends more than 8.5 percent of their income on premiums, irrespective of their income. This reduces the previous 9.83 percent limit for people with income of 300 to 400 percent of the poverty line and newly establishes a premium cap for marketplace enrollees with higher incomes. Under the law, people with income below 150 percent of the poverty line (about $19,000 for a single person and $39,000 for a family of four) will pay no premiums for a benchmark plan, after accounting for premium tax credits, and other families will pay a capped share of income toward health coverage.

These improvements to premium tax credits help a broad group: almost everyone enrolled in marketplace coverage, except for higher-income people whose premiums are already less than 8.5 percent of their incomes. (See Appendix tables 1 and 2.) The Urban Institute estimated that similar improvements would lead about 4.5 million people to gain coverage.[1]

People with incomes up to 400 percent of the poverty line (about $51,000 for a single person and $105,000 for a family of four) are already eligible for premium tax credits that help them afford marketplace coverage. But data suggest that low- and moderate-income people still face the greatest challenges affording coverage and care.[2]

The American Rescue Plan Act significantly reduces premiums for people who are currently eligible for help by increasing their premium tax credits. For example:

About 2.6 million people with income over 400 percent of the poverty line are uninsured.[6] Extending premium tax credits to people in this group who can’t afford the full cost of coverage will help many of them and ensure that middle-income people who purchase individual market coverage pay premiums no higher than 8.5 percent of their income.

Creating an income cap of 8.5 percent on premiums will be especially important to middle-income people, older people, and people who live in areas with high premiums.[7] The cap targets the most assistance to people with high premium burdens. For example, marketplace benchmark coverage for a 40-year-old in Charleston, West Virginia earning $55,000 a year (431 percent of the poverty line) costs about $731 per month, more than 1.5 times the national average. Under the Act, this person will get a monthly premium discount of $341, bringing their premium down to $390 per month.[8] In lower-cost states, a person of the same age with the same income won’t receive a premium tax credit because their premium is already below 8.5 percent of their income. And the premium tax credit enhancement will automatically phase out at higher income levels because premiums are generally less than 8.5 percent of income for high-income people.

Providing premium tax credits to limit premium liability to no more than 8.5 percent of income helps other people who might otherwise have trouble affording coverage. For example:

Several other policies in the American Rescue Plan Act will provide meaningful help to people struggling to afford health coverage as they face economic hardship and uncertainty.

Under the ACA, people receive premium tax credits in advance to pay for coverage based on their projected annual income. But if they have a change in circumstance during the year, their year-end income might be higher than they predicted and they must repay some or all of the excess premium tax credit they received. In 2020, many low- and moderate-income people had fluctuating incomes that made projecting income especially difficult and meant that some people had higher incomes than they had projected. For example, some people lost their jobs early in the year but later got new ones with higher earnings than they had expected, while others worked additional hours or received bonus pay as essential workers. The Act exempts low- and moderate-income families from having to repay the excess premium tax credit they received in 2020. This protects people from having very high repayments this spring, during a time of continued economic uncertainty.

In addition, the Act offers subsidies to people who have recently lost their jobs. It enhances premium tax credits for people who receive unemployment benefits in 2021 by setting their marketplace eligibility at a projected income that guarantees they get the most generous premium tax credit and cost-sharing help if they enroll in an ACA marketplace plan, irrespective of their actual year-end income. This will help many people who are financially vulnerable and work in non-telework occupations that are more susceptible to loss of earnings during the pandemic, particularly single earners, people of color, and people with minimal savings to cushion the income loss.[9]

The Act also provides federal funding to cover the entire cost of people’s premiums for “COBRA” coverage from April through September 30, 2021. COBRA coverage[10] lets people who have job-based health insurance retain it for up to 18 months after they lose their job. Usually, people have to pay the full cost of the premium on their own, making this option unaffordable for many, but this provision helps people stay enrolled in their employer-sponsored health plan.

Medicaid Expansion Is Essential in the Pandemic

The American Rescue Plan Act includes a two-year increase in federal Medicaid funding, beginning when a state implements the expansion, as an added incentive for states to newly expand Medicaid. The financial incentive to expand Medicaid is already substantial; the federal government covers 90 percent of the cost of coverage for the expansion group. This provision provides an added incentive to expand coverage at a time when expanding access to health care is particularly important. If the 14 remaining states expand, at least 4 million additional uninsured adults would become eligible for Medicaid coverage, likely more due to the recession. Of these, nearly 60 percent are people of color.[11]

In states considering the Medicaid expansion, officials sometimes cite state costs as a concern.[12] While research shows that Medicaid expansion generates enough savings and increased revenue to offset the state’s share of the cost,[13] the new law’s robust fiscal incentive goes far to address any remaining cost-related concerns because it would increase a state’s overall Medicaid funding by more than the cost of covering the expansion group over the first two years.

The Act increases how much the federal government pays toward a state’s Medicaid expenditures (known as the “federal medical assistance percentage” or FMAP) for all groups other than those eligible through expansion by 5 percentage points for two years after a state expands. States would still receive the 90 percent enhanced FMAP for the expansion group. The increased federal funds stemming from the overall increase in the FMAP for the rest of the Medicaid program would exceed the full cost of the Medicaid expansion, providing states with additional funds they could use to stave off cuts in Medicaid and in other state services during the economic crisis accompanying the pandemic. Georgia, for example, would receive close to $2 billion over the two-year period following expansion, more than the cost of providing coverage to the expansion group. (See Appendix Table 3.)

Many people who could gain coverage through the expansion are at elevated risk from COVID-19, because they face a high risk of becoming infected due to their occupation or living conditions or a high risk of serious illness if they become infected because of underlying health conditions. Expanding Medicaid in the remaining states would provide coverage to millions of older adults, people with disabilities, and others with underlying health conditions that increase their risk of complications from the disease.

Expanding Medicaid in the remaining states would result in an estimated 640,000 currently uninsured essential or front-line workers gaining coverage. This includes people who have jobs that likely require them to work in person, such as hospital workers, home health aides, and grocery store workers.[14] Prior to the COVID-19 crisis, the uninsured rate for low-income workers in these jobs was 30 percent in non-expansion states, nearly double the rate in expansion states.

Strong evidence suggests that, in addition to providing uninsured people with access to needed care, health insurance coverage reduces economic hardship, which has been widespread in the pandemic.[15] Expanding access to Medicaid coverage leads to lower out-of-pocket medical expenditures and medical debt while reducing the likelihood of experiencing catastrophic medical expenditures, not paying other household bills, or borrowing money to pay for medical care, research shows.[16] Other research found an association between Medicaid expansion and declines in food insecurity.[17]

** Prior-law examples for an individual, couple, and family with income over 400 percent of FPL are based on the national average benchmark premium adjusted for age where appropriate. These estimates are different for every state. See Appendix Table 2 for state-specific estimates.

Source: CBPP calculations. The monthly marketplace premiums for these scenarios are applicable in all states except those with different poverty level standards than the national standard (Alaska and Hawai’i) and those states that subsidize marketplace premiums beyond the federal subsidy (California, Massachusetts, New York, and Vermont).

*** For a small number of states in this scenario, the monthly premiums under prior law did not exceed the income cap of 8.5 percent under the American Rescue Plan Act. In those cases, the current- and prior-law premium payments are equal.

Note: FMAP = federal medical assistance percentage. Our estimates are based on baseline Medicaid spending figures that account for increased Medicaid expenditures during the COVID-19 pandemic. All estimates are rounded to the nearest $10 million. The listed states have not implemented Medicaid expansion.

For fiscal year 2021 through fiscal year 2023 expenditures, we inflate 2020 total traditional (non-expansion group and non-disproportionate-share-hospital) Medicaid spending from the Urban Institute using CBO’s baseline estimates. We assume the federal share of all traditional Medicaid spending is increased by 5 percentage points from July 1, 2021 through July 1, 2023 for those states that have yet to implement the Medicaid expansion to low-income adults permitted under the Affordable Care Act.

[4] CBPP calculations. Examples assume consumers face the national average marketplace benchmark premium. The family of four is composed of two 40-year-old parents, a 5-year-old, and a 10-year-old. The benchmark plan is the second-lowest-cost silver tier plan offered where the consumer lives.

[5] CBPP calculations. Information on the lowest-cost gold plan is available at https://www.kff.org/health-reform/state-indicator/average-marketplace-premiums-by-metal-tier/?currentTimeframe=0&sortModel=%7B%22colId%22:%22Location%22,%22sort%22:%22asc%22%7D.

[10] Named for the 1985 federal law that created it, the Consolidated Omnibus Budget Reconciliation Act. 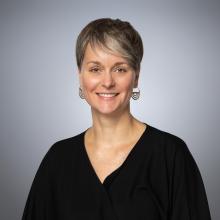 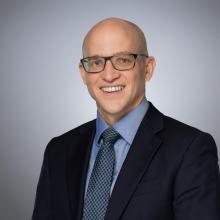