Decline in Labor-Force Participation Not Due to Disability Programs

Labor-force participation — the share of adults 16 and older who are working or looking for work — peaked at just over 67 percent in 1996-2000 and has fallen since then. Some analysts observe that the number of Social Security Disability Insurance (SSDI) beneficiaries grew steeply after 2000, and assume the two trends are related. But evidence for that connection is weak. Here’s why:

In short, there’s little support for the claim that growth in disability programs has caused the decline in labor-force participation.

Work is good for employees and their families, good for the economy, and good for the government’s finances. With our aging population, we probably won’t get back to the peak labor-force participation rates of the late 1990s, but public policy improvements could help — in areas such as education, training, and jobs programs; tax credits for low-paid workers; and child care and other family-friendly arrangements. We shouldn’t blame SSDI for the decline in this important economic measure. 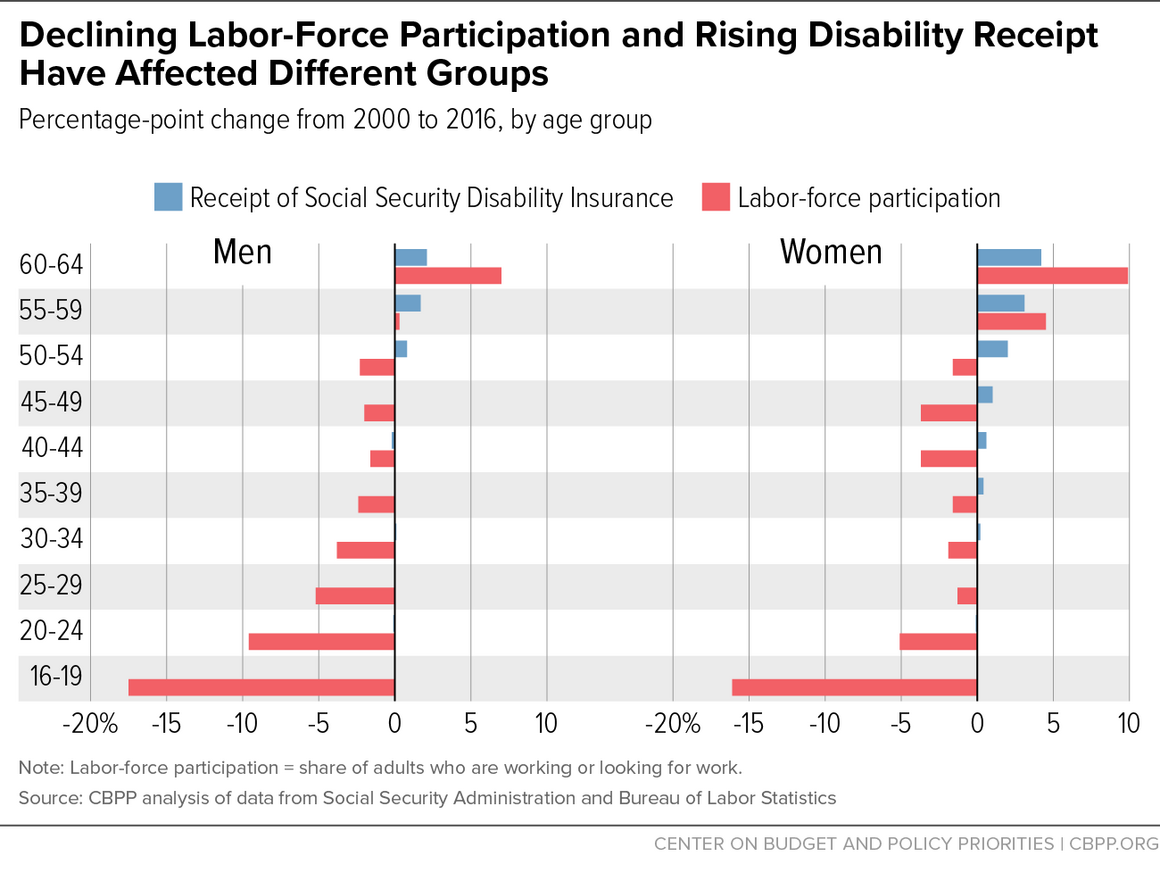 Why You Should Care About Social Security Disability Insurance

August 1, 2017
PreviousHigher Ed Funding Down in Nearly Every State Over Past Decade
NextIn Case You Missed It…
Stay up to date
Receive the latest news and reports from the Center