Even Disability Recipients Who Recover Have Limited Work Capacity

Most Social Security Disability Insurance (DI) beneficiaries whose benefits stop because their medical condition has improved have little capacity for substantial and sustained work, a new study finds.  It’s further evidence that DI is hard to get on and stay on; benefits go only to people with very severe impairments who have lost most of their ability to work.

The researchers tracked more than 2 million DI beneficiaries targeted by SSA for a full medical follow-up during a continuing disability review (CDR) between 1998 and 2008.  (SSA winnowed those cases from the far larger number of reviews conducted by mail.)  Among their findings:

Beneficiaries who have recovered, according to DI’s criteria, often continue to have serious health problems.  Other research shows that many people who lose DI benefits — at least one-fifth, in one study — eventually return to the rolls as their medical condition and work capacity deteriorate again.

These sobering outcomes support an expert panel’s recommendation that Congress extend DI beneficiaries’ eligibility for rehabilitation and employment support services for a year after their benefits end.  The panel also urged SSA to communicate work expectations clearly for beneficiaries most likely to recover so they’re not caught off-guard by their continuing disability review. 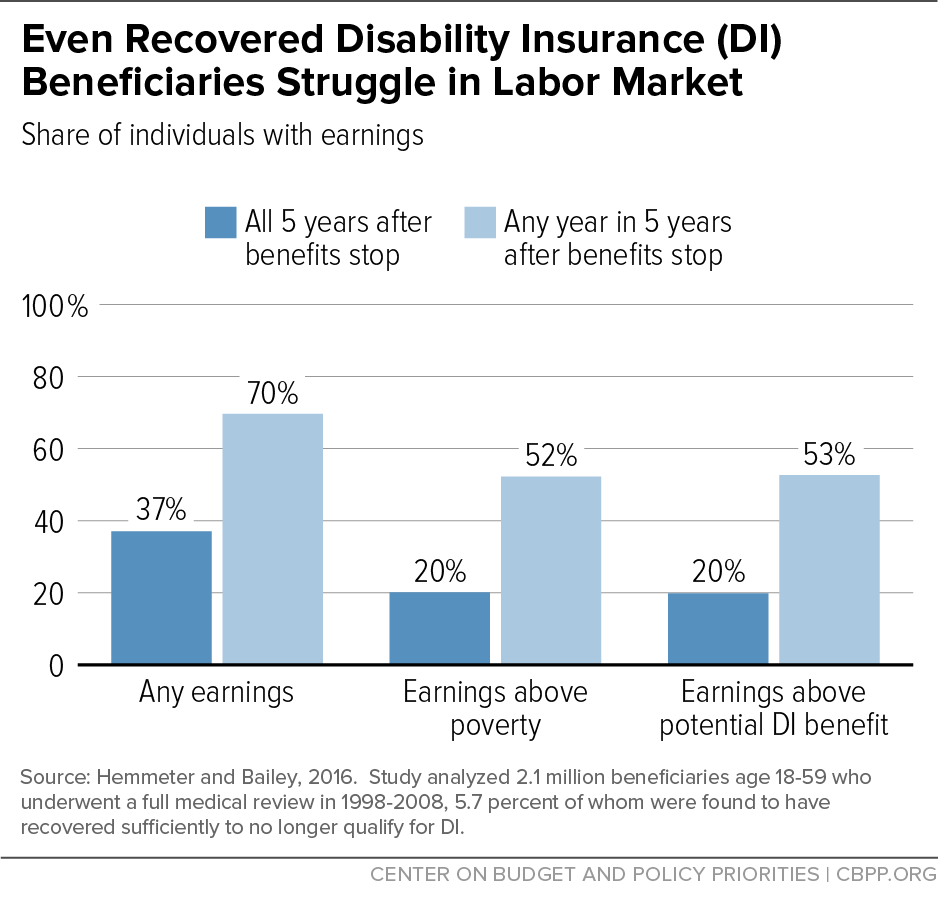 10 Things You Should Know About Disability Insurance