As our chart book shows, the United States has some of the most stringent eligibility criteria for disability benefits among advanced economies, and benefit levels in both Disability Insurance (DI) and Supplemental Security Income are modest.  Thus, the United States spends less on so-called incapacity benefits — relative to the size of its economy — than most other advanced nations.

In fact, the United States spends much less on disability benefits than some countries, such as the Netherlands, that DI critics have suggested as models of reform (see here and here).

Disability benefits are an essential part of Social Security, which provides basic but vital protection against several major risks: disability, old age, and premature death of a breadwinner.  Social Security retirement as well as disability benefits are modest, both in dollar terms and by international standards.  That’s why we urge policymakers to strengthen the program’s solvency by focusing primarily on revenue increases rather than benefit cuts. 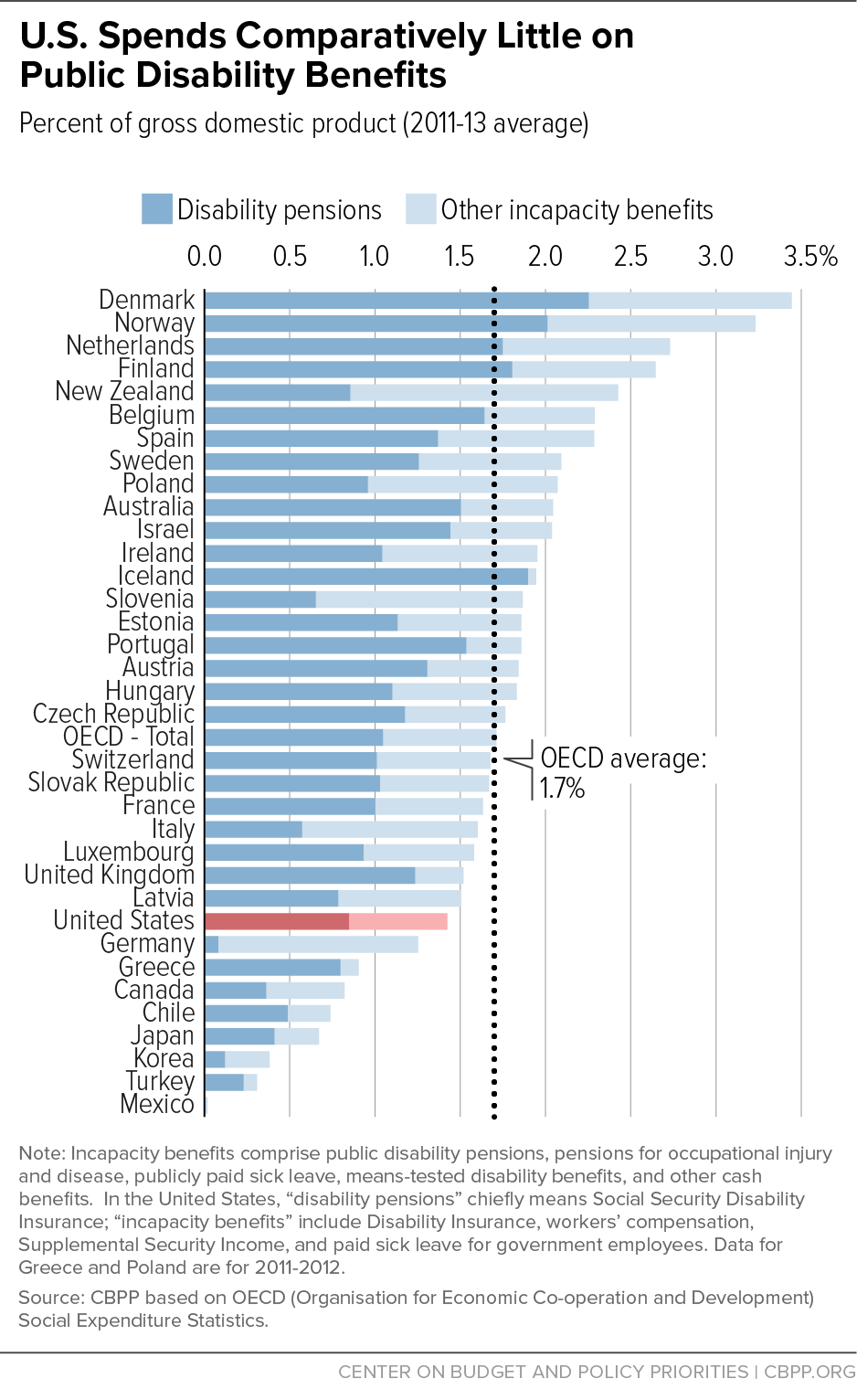 Netherlands Not a Model for U.S. Disability Reforms

May 26, 2022
PreviousGap Between Rents and Renter Incomes Grew in 2015
NextState Policy Fellowship Applications Are Open
Stay up to date
Receive the latest news and reports from the Center