Our new fact sheet gives state-by-state figures on how many mothers in working families benefit from the EITC and CTC.

The EITC and CTC not only help working parents make ends meet:  a growing body of research suggests that children in families receiving the credits have improved health, perform better in school, are likelier to attend college, and can be expected to work and earn more as adults (see graphic). 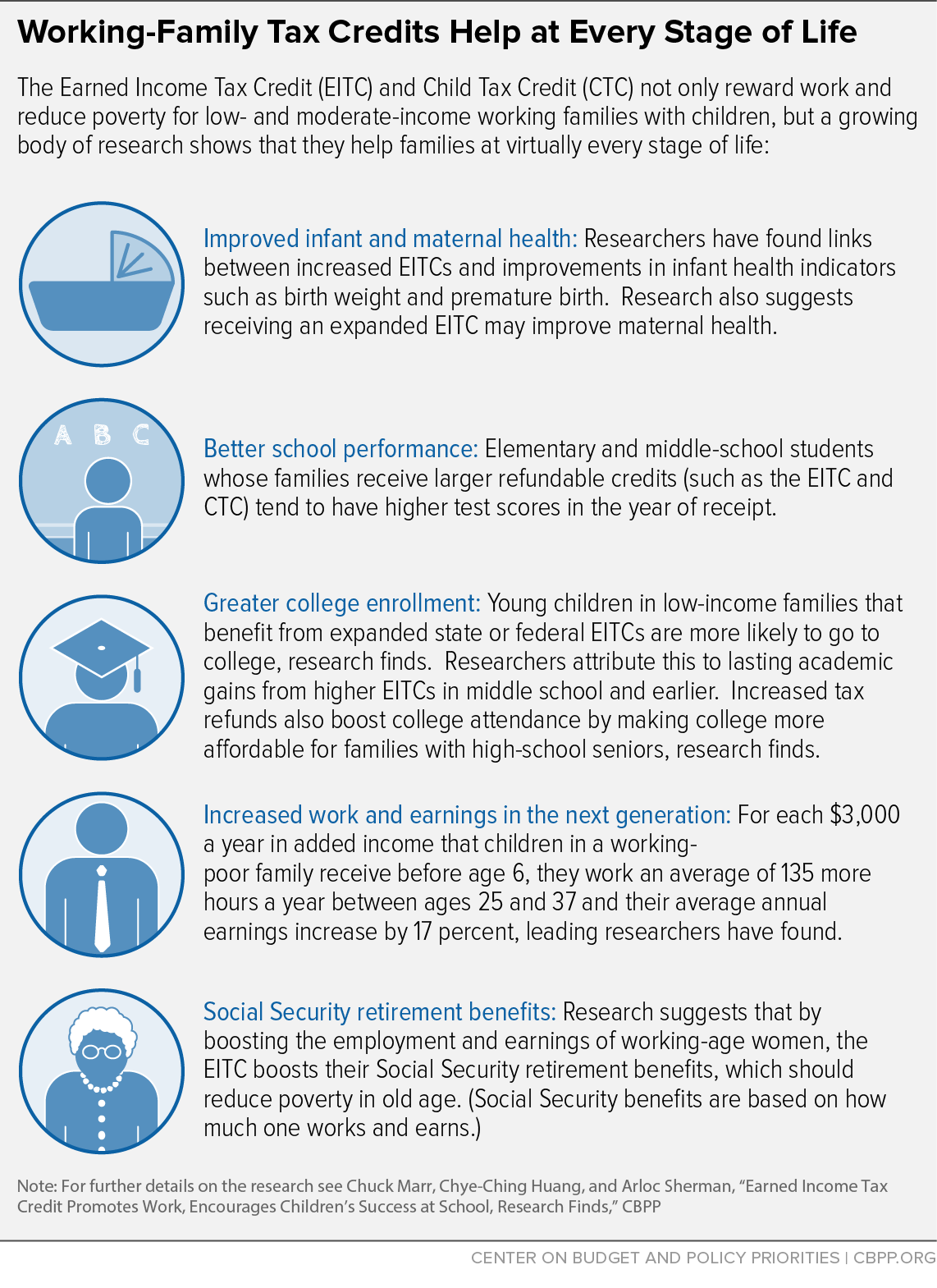 But unless Congress acts, key EITC and CTC provisions will expire at the end of 2017.  The stakes for working moms are high: 10 million mothers, and 25 million children in working families, would lose all or part of their EITC, CTC, or both.  Many low-income working moms would lose their entire CTC.  For example, a single mother with two children working full time in a nursing home for the minimum wage and earning $14,500 would lose her entire CTC of $1,725.

That’s why it’s critical for working mothers — and their families — that Congress make the key EITC and CTC provisions permanent.

For more, see our chart book on the EITC and CTC.

March 9, 2020
PreviousHousing Vouchers Can Help Moms Raise Their Kids in Safe Neighborhoods
NextToday’s Jobs Report in Pictures
Stay up to date
Receive the latest news and reports from the Center