We described yesterday how five demographic factors — population growth, the aging of the baby boom, the hike in Social Security’s full retirement age, the rise in women’s labor force participation, and “women’s catch-up” — explain most of the increase in Social Security Disability Insurance (DI) recipients.  But not all.  What else is going on?

Here are other factors that have boosted DI enrollment, though we can’t quantify their contributions as readily: 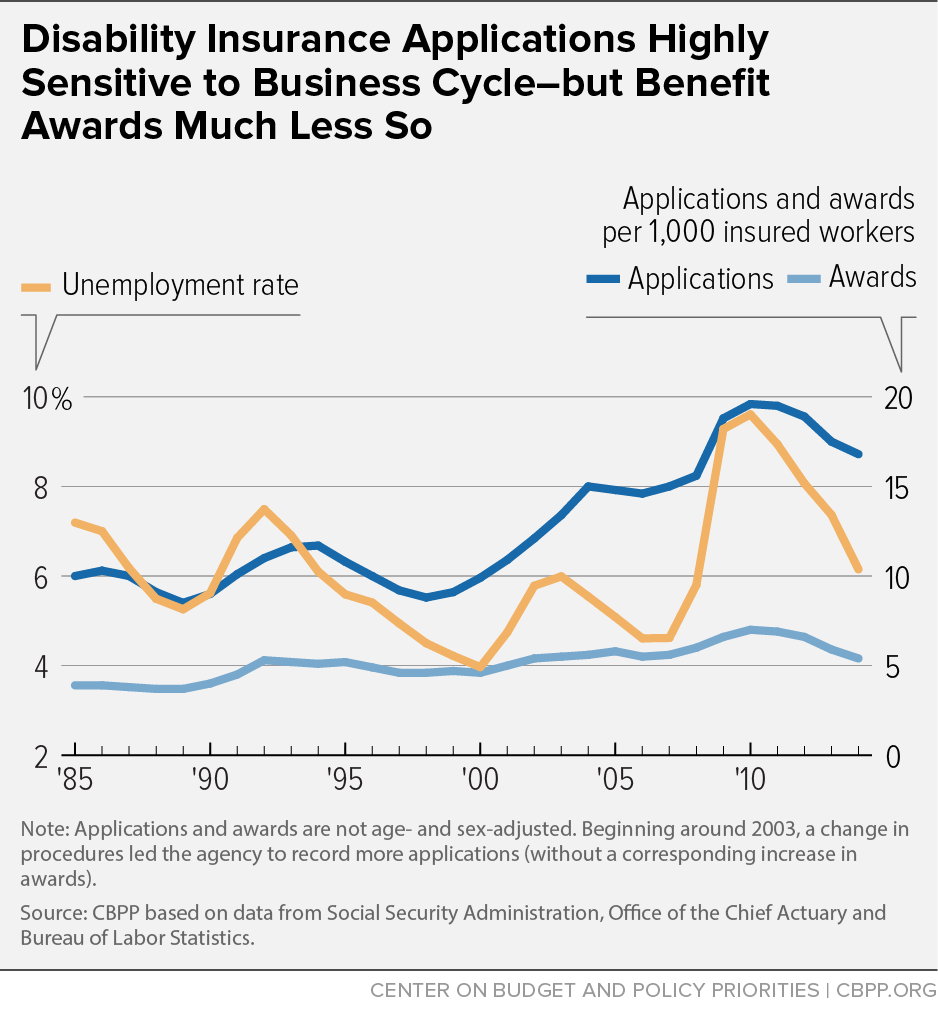 The growth in the disability rolls — and the resulting need to replenish the program’s trust fund in 2016 — were long expected and aren’t a crisis.  Lawmakers should re-apportion taxes between Social Security’s retirement and disability funds and work to strengthen the overall solvency of Social Security, a vital and popular program.

Disability Benefits Are Hard to Get — Even in Recessions

September 3, 2013
PreviousHouse Bill Would Halt Progress on Housing Vouchers, Homelessness
NextMomentum Builds for a California EITC
Stay up to date
Receive the latest news and reports from the Center