Countdown to Tax Day: Spending Through the Tax Code

One area of the federal tax code that’s ripe for reform is “tax expenditures” — or subsidies delivered to individuals or businesses through deductions, exclusions, and other tax preferences.

In 2015, tax expenditures cut federal income tax revenue by over $1.2 trillion.  As the graph shows, that’s more than that year’s cost of Social Security, or the combined cost of Medicare and Medicaid, or non-defense or defense discretionary spending. 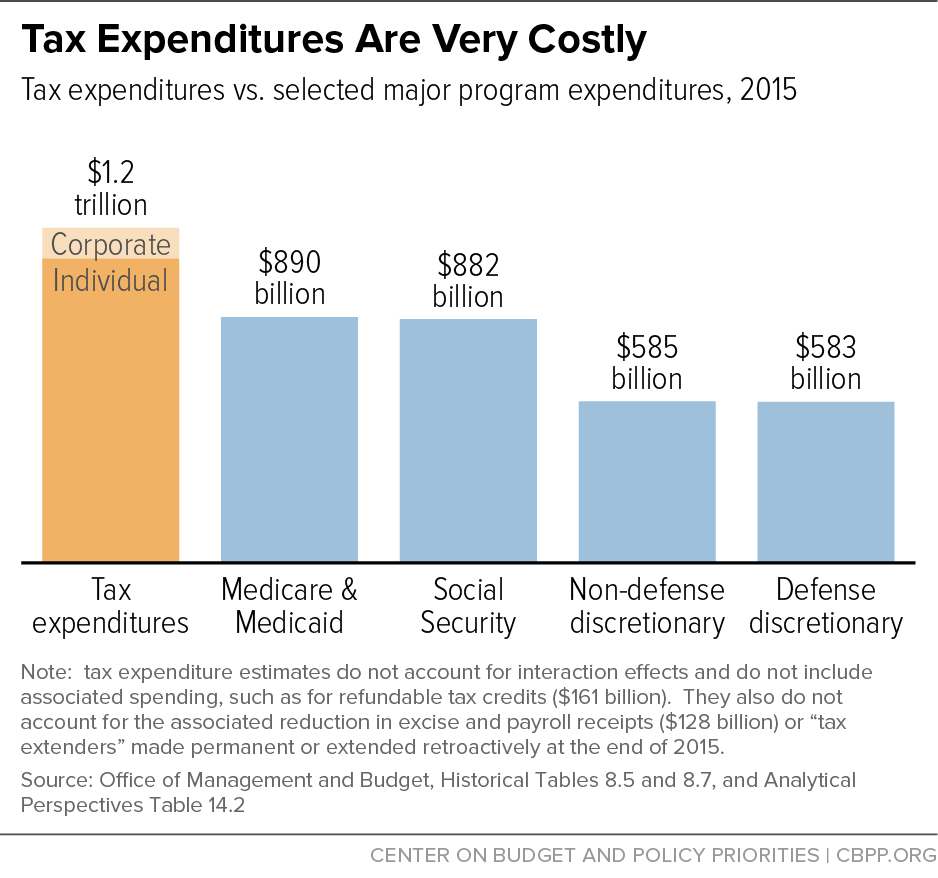 The biggest income tax expenditure for individuals in 2015 was the provision allowing households to exclude the value of employer-provided health insurance from their taxable income.  Other prominent tax breaks include the deduction for home mortgage interest and the lower tax rates for capital gains than for earned income.

One of the largest corporate tax expenditures is the “deferral of income from controlled foreign corporations,” which allows multinational corporations to delay paying U.S. taxes on their foreign profits, sometimes indefinitely.  Wage and salary earners, in contrast, have to pay taxes on their earnings in the year that they earn them.

Tax expenditures aren’t just costly; they often provide their largest subsidies to high-income people — the people least likely to need a financial incentive to do whatever the tax break is designed to encourage, such as buying a home or saving for retirement.

June 25, 2013
PreviousIn Case You Missed It . . .
NextA Stronger EITC Would Boost Work, Cut Poverty
Stay up to date
Receive the latest news and reports from the Center