| By Judith Solomon and Tara Straw

The new House Build Back Better legislation would make meaningful progress in covering millions of people who lack health coverage by closing the Medicaid coverage gap and reducing premiums for people buying coverage through the Affordable Care Act (ACA) marketplaces. While these provisions are temporary, both would last through 2025 and would provide a strong foundation to further expand coverage, address racial and ethnic health inequities, and improve people’s health and economic well-being.

The continuation of increased premium tax credits would allow more people who previously couldn’t afford marketplace coverage to enroll and would reduce premium costs for many others. The Build Back Better legislation would extend through 2025 temporary premium tax credit enhancements that were enacted in the American Rescue Plan for 2021 and 2022. These enhancements were likely a major reason for this year’s record marketplace enrollment; over 2.8 million people signed up during special enrollment periods in the federal and state-based marketplaces. Extending the Rescue Plan enhancements would help sustain these gains and reach additional uninsured people.

These enhancements are critical to ensuring that people with incomes below or near the poverty line, whose financial resources for premiums, deductibles, and co-payments as well as transportation are extremely limited, have access to coverage that meets their needs.

Closing the coverage gap is an important step in undoing the effects of structural racism. A large body of evidence suggests that coverage will improve outcomes for conditions that have a greater impact on communities of color and bring increased financial security and protection from medical debt, which affects people of color at a higher rate. Most of the states that have refused to adopt the Medicaid expansion are located in the South and have above-average shares of Black and brown residents.[4] (See Appendix Table 1.)

Bill Would Strengthen Case for State Adoption of the Medicaid Expansion

While Build Back Better would provide a federal path to coverage for people who lack it — which is critically important — a state-administered Medicaid program that integrates the expansion population with other enrollees will continue to hold many advantages.

State-administered Medicaid coverage also lets states develop approaches that connect health care to housing and other community-based services, which is especially important for people with mental illness or substance use disorders and people experiencing homelessness. Moreover, expansion has produced savings in several areas of state budgets by reducing costs for uncompensated care and providing federal matching funds for behavioral health and other services previously funded with state dollars, among other things. Because Medicaid coverage is broader in some areas than marketplace coverage, some of these benefits will remain larger for expansion states.[5]

In most expansion states, the benefits from expansion will outweigh any possible financial benefit they would get from dropping expansion, and the Build Back Better bill would make expansion even more valuable. States that have expanded would receive a 3 percentage point increase in the amount the federal government pays toward a state’s expenditures (known as the “federal medical assistance percentage” or FMAP) for expansion in 2023 through 2025, bringing the federal share to 93 percent.

To further encourage expansion, non-expansion states would still qualify for the financial incentive enacted in the American Rescue Plan if they expand. For the first two years of expansion, they would receive a two-year, 5 percentage point increase in the state’s FMAP for all groups other than those eligible through expansion, amounting to a large financial benefit.

The Build Back Better legislation would extend the Rescue Plan’s premium tax credit enhancements through 2025, instead of letting them expire after 2022. The enhancements eliminate or reduce premiums for millions of marketplace enrollees to ensure that people don’t spend more than 8.5 percent of their income on premiums, with lower income people paying far less.

Under the Rescue Plan, people with income between 100 and 150 percent of the poverty line (about $13,000 to $19,000 for a single person and $26,500 to nearly $40,000 for a family of four in the 2022 coverage year) pay no premiums for a benchmark plan, after accounting for premium tax credits, and other families pay a capped share of income toward health coverage.[8] These improvements to premium tax credits help almost everyone enrolled in marketplace coverage, except for higher-income people whose premiums are already less than 8.5 percent of their incomes.

The ACA made insurance more affordable for many people, yet as of 2019 the uninsured rate for lower-income people eligible for the most generous subsidies remained high: 14.1 percent of people with incomes between 138 and 250 percent of the poverty line were uninsured, compared to 3.1 percent for people with incomes above 500 percent of the poverty line.[9] Uninsured people at all income levels cite cost as the greatest barrier to coverage. In states that have improved financial assistance beyond the federal subsidies available, uninsured rates are low and access to care has improved.[10]

The Rescue Plan premium tax credit improvements have proven helpful in encouraging people, particularly low-income people, to access marketplace coverage. During this year’s six-month special enrollment period at HealthCare.gov (the federal marketplace), 45 percent of the people who newly selected a plan had incomes at or below 150 percent of the poverty line and 74 percent had incomes at or below 250 percent of poverty (about $32,000 for a single person).[11] The federal marketplace has increased support for health enrollment navigators, who provide one-on-one help with applying and enrolling, from $10 million to $91.5 million for the 2022 coverage year. These navigators focus outreach to people with lower incomes and other disproportionately underserved populations.[12]

Enhanced premium tax credits could also help improve racial equity in private health coverage enrollment.[13] Before the Rescue Plan was enacted, an estimated 11.2 million people were eligible for a premium tax credit but uninsured, according to federal estimates. About half of this group were people of color, including 30 percent who were Latino; 14 percent who were Black; 3 percent who were Asian, Native Hawaiian, or Pacific Islander; 1 percent who were American Indian/Alaska Native; and 2 percent who were multiracial or “some other race.”[14] All racial and ethnic groups would likely see large declines in the number of uninsured non-elderly adults; Black adults would see the largest gains, with more than 1 in 3 uninsured Black people gaining coverage, the Urban Institute estimates.[15]

The ACA’s health insurance marketplaces have been a critical source of coverage for older people, who rely on the individual market more than other age groups.[18] That’s because many older adults who don’t have access to coverage through their job want health insurance ― 84 percent of people aged 55 to 64 have a pre-existing condition[19] ― but find it unaffordable without the ACA’s help. Older people account for nearly 29 percent of marketplace enrollees, even though they are only roughly 13 percent of the total population. And adults 55 and older accounted for 22 percent of new HealthCare.gov enrollees in the six-month special enrollment period that ended August 15.[20]

Because of the Rescue Plan’s expanded premium tax credits, 2 million current enrollees and 1.3 million uninsured people who are aged 55 to 64 and live in the 36 states that use HealthCare.gov are eligible for a marketplace plan with a monthly net premium of $50 or less or, for more than half of them, a $0 premium.[21] Any eligible marketplace enrollee making $25,000 now pays $38 rather than the previous $132 per month in premiums (1.84 instead of 6.33 percent of income) for a benchmark silver plan.

In addition to increasing the premium tax credit amounts, the Rescue Plan also expands who is eligible for a premium tax credit in a way that significantly benefits older people, by allowing people with incomes above 400 percent of the poverty line ($52,000 for a single person) to receive a premium tax credit if their premiums exceed 8.5 percent of their income. Before the Rescue Plan, people with income above that threshold weren’t eligible for financial help and had to pay the full premium, even if they faced excessive premium burdens.

This “cliff” particularly affected older people, whose premiums are much higher as a share of income than younger people because the ACA allows insurers to charge older people higher “sticker price” premiums. In 2021, the average unsubsidized premium for marketplace coverage ranged from $787 to $1,058 per month for 55- to 64-year-olds, versus $353 to $428 for 21- to 34-year-olds.[22]

Extending the Rescue Plan’s 8.5 percent income cap on premiums is also important to middle-income people who live in areas with high premiums.[23] The cap targets the most assistance to people with high premium burdens. For example, marketplace benchmark coverage for a 40-year-old in Charleston, West Virginia earning $55,000 a year (431 percent of the poverty line for a single person) costs about $731 per month, more than 1.5 times the national average. Prior to the Rescue Plan, this person wasn’t eligible for any help paying their premium. With the premium tax credit provided under the Rescue Plan, this person gets a monthly premium discount of $341, bringing their premium down to $390 per month.[24] In lower-cost states, a person of the same age with the same income doesn’t receive a premium tax credit because their premium is already below 8.5 percent of their income. And the premium tax credit enhancement automatically phases out at higher income levels because premiums are generally less than 8.5 percent of income for high-income people.

Providing premium tax credits to limit premium liability to no more than 8.5 percent of income for middle-income households helps other people who might otherwise have trouble affording coverage. For example, in 2021:

By closing the coverage gap, the Build Back Better legislation would quickly provide coverage to people who have been shut out because their states have refused to expand Medicaid. It would enhance that coverage to better align with Medicaid and recognize the financial realities of very low-income households and provide incentives to encourage more states to adopt the Medicaid expansions. The proposal’s extension of improved premium tax credits would make marketplace coverage more accessible and affordable for millions of people.

The Build Back Better coverage expansions and improvements would last through 2025 and Congress will need to extend them to maintain these coverage gains.

* Reliable estimates are not available due to small sample size.

Note: Totals may not sum due to rounding. Estimates are for non-elderly adults aged 19 to 64. Income eligibility for Medicaid and ACA marketplace coverage is determined by grouping individuals into health insurance units for each program and applying state eligibility rules to modified adjusted gross income. Excludes estimated population lacking legal documentation. Latino category may include any race. All other categories are non-Latino. Other includes those who identify as multiple races.

Source: CBPP estimates based on the 2019 American Community Survey

[8] Some states’ marketplace plans include state-mandated benefits and or extra benefits (like vision) that are not part of the essential health benefits (EHB) that plans must cover. The premium tax credit is calculated based on the EHB, so enrollees in those states may still pay a small additional premium.

[14] HHS, Office of the Assistant Secretary for Planning and Evaluation, “State, County, and Local Estimates of the Uninsured Population: Prevalence and Key Demographic Features,” March 11, 2021, https://aspe.hhs.gov/reports/state-county-local-estimates-uninsured-population-prevalence-key-demographic-features. These estimates exclude those lacking legal documentation. They do not account for whether uninsured individuals have an affordable offer of employer coverage, which also affects eligibility for marketplace enrollment. Latino category may include any race. All other categories are non-Latino. Categories are combined because of data limitations and do not necessarily represent how individuals would like to be categorized.

[17] CBPP calculations. Examples assume consumers face the national average marketplace benchmark premium for 2021. The family of four is composed of two 40-year-old parents, a 5-year-old, and a 10-year-old. The benchmark plan is the second-lowest-cost silver tier plan offered where the consumer lives.

[19] HHS, Office of the Assistant Secretary for Planning and Evaluation, “Health Insurance Coverage for Americans with Pre-Existing Conditions: The Impact of the Affordable Care Act,” January 5, 2017, https://aspe.hhs.gov/sites/default/files/private/pdf/255396/Pre-ExistingConditions.pdf.

Trapped by the Firewall: Policy Changes Are Needed to Improve Health Coverage for Low-Income Workers 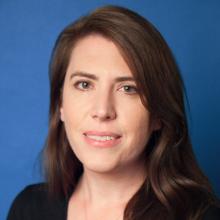