Medicaid Cuts Threaten Health and Independence of People with Disabilities

Medicaid provides health coverage mainly for seniors, people with disabilities, and low-income families.[3] In addition to covering doctor visits, hospital costs, prescriptions, and other medical expenses, it offers supports that allow people to remain independent in their homes and communities, keeping them out of institutions.[4]

The deep cuts to Medicaid passed by the House in the American Health Care Act, which are under consideration in the Senate and included in the Trump budget,[7] threaten the health and independence of people with disabilities. The House bill would place a fixed cap on per-beneficiary federal Medicaid funding, cutting federal funding to the states by growing amounts over time. This would force many states to make excruciating decisions on whom they cover, the benefits they provide, and how much they pay providers, and likely would jeopardize coverage and care for vulnerable populations that Medicaid covers. People with disabilities who rely on Medicaid-funded services to avoid having to live in a nursing home or other institution would be among those hit hardest. The House bill’s cuts would likely prompt many states to roll back their progress in expanding access to care in the community and prevent them from making more progress in the future. That’s because unlike most services in Medicaid, which states must cover, most home- and community-based services are optional Medicaid benefits that states can cut when they face funding shortfalls.[8]

Moreover, many of the 11 million people who have gained coverage through the Affordable Care Act’s Medicaid expansion struggle with disabilities, chronic illnesses, or other health conditions (such as mental health or substance use disorders) that wouldn’t, by themselves, qualify them for Medicaid. Only 36 percent of non-elderly Medicaid beneficiaries with disabilities receive Supplemental Security Income, which allows them to enroll in Medicaid without the expansion. While others may be eligible for Medicaid based on other criteria, many could lose Medicaid coverage under the House bill and wind up uninsured.

Steep Medicaid cuts would make it especially hard for children with special health care needs, including those with disabilities, to get the care they need to stay healthy, remain in their communities, and succeed in life.[9] The cuts also threaten key resources for students with disabilities.[10] In both cases, the funding cuts will leave states seeking ways to reduce benefits provided through Medicaid as well as eligibility, both of which could leave children without the care they need.

As a result, many people with disabilities would have to go without needed services or get care in an institution, and many who have gained coverage under the Medicaid expansion would likely lose it.

SNAP Cuts Would Cause Hunger and Hardship for People with Disabilities

The Supplemental Nutrition Assistance Program (SNAP, formerly food stamps) is the most important federal nutrition program. It helps eligible low-income households purchase food to be prepared at home.[11] The amount households receive depends upon their household size, income, and other circumstances that affect their ability to afford a basic diet; the average SNAP benefit is about $125 per person per month.[12]

SNAP helps people with disabilities afford the food they need.[14] Disability has emerged as one of the strongest known factors affecting a household’s food security. Disability increases the risk of food insecurity — inadequate access to food — because it often reduces household income and increases household costs. Disability can reduce household income by limiting the educational attainment and earnings of people with disabilities, narrowing the range of jobs available to them, restricting their hours worked, and reducing the number of hours family caregivers can work given their caregiving responsibilities. Disability can increase household expenses for accessible housing and transportation, personal assistance services, assistive technology, and health care not covered by private insurance, Medicaid, or Medicare. As a result, food insecurity rates are about two to three times higher among households with members with disabilities than households without any disabled adults. [15]

The deep SNAP cuts proposed by President Trump and under consideration in Congress would harm people with disabilities. President Trump’s budget would cut more than $193 billion — over 25 percent — from SNAP over the next decade.[17] The biggest cut would shift more than $100 billion of SNAP benefit costs to states, ending SNAP’s status as a national program by letting states “manage their costs” by cutting benefits for people who need help paying for groceries.[18]

The budget would also end a state option to raise income limits or ease asset tests, which would disproportionately cut from SNAP people with disabilities who may struggle to afford food because they face high expenses related to their disability. Research shows that assets, particularly liquid assets such as savings, can protect these individuals from food insecurity. [19] Another proposed cut would eliminate the minimum benefit for small households, which also disproportionately benefits people with disabilities. Past House Republican budget plans have also included structural changes and other major cuts to SNAP similar to those included in the President’s budget.[20] SNAP cuts of the magnitude of these proposals would inevitably mean more hunger and hardship for people with disabilities.

The Trump budget proposes to cut rental assistance programs while raising rents on many assisted families.[23] Cuts to housing assistance would mean about 250,000 low-income households, including roughly 75,000 with disabilities, would lose vouchers that help them pay the rent.[24] The budget would also slash public housing funding by nearly 29 percent compared to 2017, exposing public housing residents — a fifth of whom are members of households headed by people with disabilities — to health and safety hazards and the risk of losing their homes. The Trump budget would also cut homeless assistance grants, which are essential to communities’ efforts to prevent homelessness, including initiatives to reduce long-term or repeated homelessness among people with mental illness and other disabilities.[25] Steep cuts to rental assistance would increase homelessness and worsen hardship for people with disabilities.[26]

Disability can happen to anyone — especially with advancing age. Serious illness or injury pushes many people, including families caring for children with disabilities, into poverty, and many more struggle to afford basic needs. The cuts that the President and some members of Congress have proposed would make it much harder for people with disabilities to get by, and would force many out of their homes and communities and into costly institutions — even as these policymakers propose tax cuts heavily tilted toward high-income families.

Note: An individual with a disability or disabling condition includes anyone who has difficulty hearing, seeing, performing cognitive tasks, walking or climbing stairs, dressing or bathing, or doing errands on his or her own or receives Supplemental Security Income.

“SNAP Participants” are individuals in households where someone participated in SNAP at any point in the previous year.

"Non-elderly" includes people up to and including age 64. This differs from many other analyses where "non-elderly" refers to people under 60.

These figures are likely an undercount. Survey data undercount the total number of people benefitting for Medicaid or other government-assistance plans for people with low incomes or a disability.

Note: Due to data limitations, these tables exclude a small number of disabled people that receive rental assistance through McKinney-Vento Permanent Supportive Housing, Transitional Housing, and Safe Havens, Housing Opportunities for Persons with AIDS, and USDA Section 521 Rural Rental Assistance. Other Center publications define disabled adults on rental assistance programs as persons under 62 with a disability. HUD considers a person disabled if he or she has one or more of the following:

Note: An individual with a disability or disabling condition includes anyone who has difficulty hearing, seeing, performing cognitive tasks, walking or climbing stairs, dressing or bathing, or doing errands on his or her own, or receives Supplemental Security Income.

Notes: State figures may not sum to national totals due to rounding.

“SNAP Participants” are individuals in households where someone participated in SNAP at any point in the previous year.

An individual with a disability or disabling condition includes anyone who has difficulty hearing, seeing, performing cognitive tasks, walking or climbing stairs, dressing or bathing, or doing errands on his or her own or receives Supplemental Security Income. Non-elderly individuals include those through age 64. These estimates differ from the Appendix Tables 3-4 in Carlson, et al., which use the same data source, because they include individuals under 65, and those tables included individuals under age 60.

Notes: Due to data limitations, the table excludes a small number of disabled people who receive rental assistance through McKinney-Vento Permanent Supportive Housing, Transitional Housing, and Safe Havens; Housing Opportunities for Persons with AIDS; and USDA Section 521 Rural Rental Assistance. Other CBPP publications define disabled adults on rental assistance programs as persons under 62 with a disability, rather than those under 65 as in this table.

The Department of Housing and Urban Development considers as disabled a person who has one or more of the following:

[13] CBPP analysis using American Community Survey data from 2013 to 2015. Disability is defined as having difficulty hearing, seeing, performing cognitive tasks, walking or climbing stairs, dressing or bathing, or doing errands on one’s own, or receipt of SSI benefits. Estimates vary depending on the definition of disability and identification of SNAP participants. For example, CBPP analysis using 2015 data from the National Health Interview Survey found about 22 percent of adult SNAP participants under age 60 had disabilities under a similar definition; SNAP administrative data, which uses a much narrower definition based on receipt of disability benefits, found about 13 percent of adult SNAP participants under age 60 were identified as disabled. See Steven Carlson et al., “SNAP Provides Needed Food Assistance to Millions of People with Disabilities,” CBPP, June 14, 2017, https://www.cbpp.org/research/food-assistance/snap-provides-needed-food-assistance-to-millions-of-people-with.

[16] National Commission on Hunger, “Freedom from Hunger: An Achievable Goal for the United States of America,” 2015, https://www.aei.org/wp-content/uploads/2016/01/Hunger_Commission_Final_Report.pdf.

[22] CBPP analysis of 2016 Department of Housing and Urban Development (HUD) administrative data. HUD considers a person disabled if he or she has one or more of the following: a disability as defined in the Social Security Act; a physical, mental, or emotional impairment that is expected to be of long-continued and indefinite duration, substantially impedes his or her ability to live independently, and is of such a nature that such ability could be improved by more suitable housing conditions; a developmental disability as defined in the Developmental Disabilities Assistance and Bill of Rights Act; or Acquired Immune Deficiency Syndrome (AIDS) or any condition that arises from the etiologic agent for AIDS. Due to data limitations, these figures exclude a small number of people with disabilities. Other CBPP publications define disabled adults on rental assistance programs as persons under 62 with a disability. 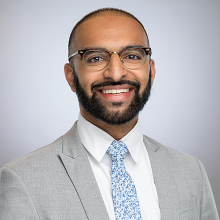