President Trump’s budget not only assumes the huge Medicaid cuts in the House Republican bill to “repeal and replace” the Affordable Care Act (ACA) but dramatically enlarges them. That House bill — the American Health Care Act (AHCA) — would cut federal Medicaid spending by $839 billion over ten years, the Congressional Budget Office (CBO) estimates, by effectively ending the ACA’s Medicaid expansion and converting virtually all of Medicaid to a per capita cap or block grant. That would mean 14 million fewer low-income people enrolled in Medicaid by 2026. The Trump budget would go further, cutting Medicaid by as much as $1.3 trillion over the next decade, we estimate (see graph). 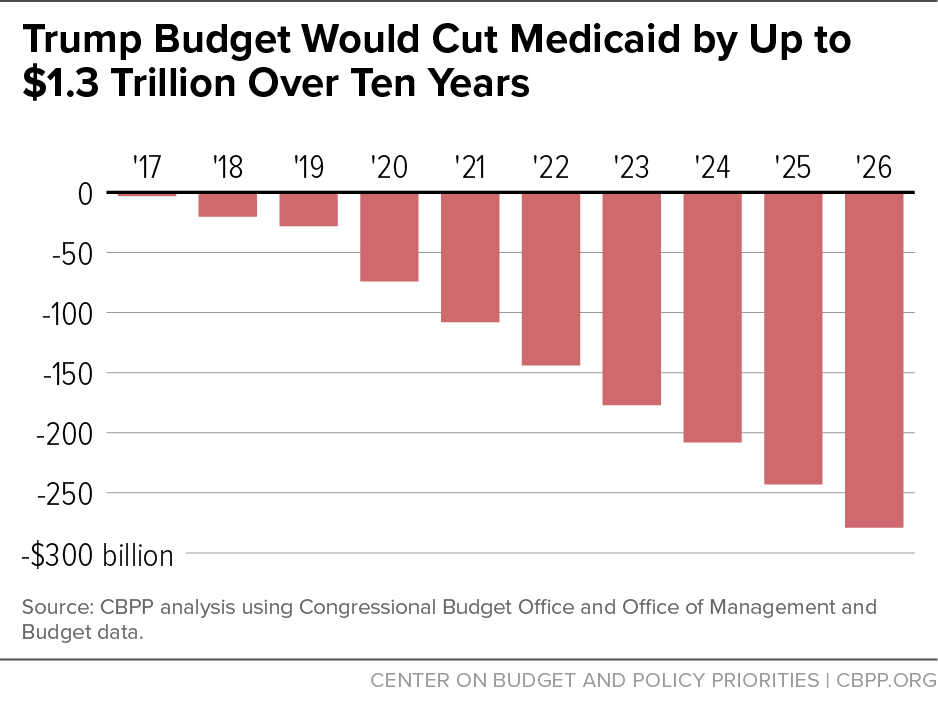 Under current law, the federal government covers a set share of each state’s actual Medicaid costs. As we’ve explained, by contrast, a per capita cap or block grant decouples federal funding from actual state needs, making further cuts inevitable. Federal policymakers almost certainly would ratchet down an arbitrary federal Medicaid funding cap to secure more savings down the road to reduce budget deficits or finance other budgetary priorities, the latter of which is what the President’s budget does.