Lawmakers in Connecticut, Minnesota, and Vermont are considering raising taxes on capital gains —profits from selling an asset that has gained value, such as stock, real estate, or artwork — while New Mexico this year scaled back a tax break for capital gains. Historically, wealthy (mainly white) individuals used their political power to shape state tax policies in ways that largely benefit them and their families; reforms like these can reduce wealth concentration and racial inequality and expand equality of opportunity. 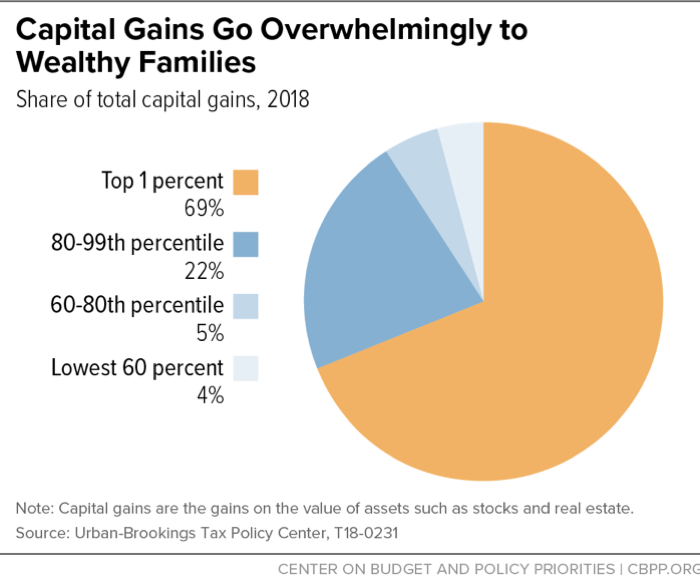 Most states tax capital gains income at the same rate as wage and salary income, but some states, including Vermont and New Mexico, provide special tax breaks. Among recent state actions on capital gains:

States looking to create broadly shared prosperity should increase capital gains taxes — including by eliminating any tax breaks for this type of income — to support public investments in education, infrastructure, and other priorities that benefit the state as a whole. They should also explore expanding taxes on other types of wealth, like high-value properties and estates.