Republican Leaders’ Broken Promises on Taxes, the Budget, and Health

The House- and Senate-passed tax bills, from which a House-Senate conference committee will fashion a final bill, violate a number of promises from President Trump and other Republican leaders about taxes and health coverage. Here are seven of their broken promises.

Broken Promise #1: “[N]obody in the middle class is going to get a tax increase.” – Senate Majority Leader Mitch McConnell, November 4, 2017

Reality: The Senate bill raises taxes on millions of low- and middle-income households in every year, Joint Committee on Taxation (JCT) estimates show — both before and after its individual tax cuts expire after 2025. McConnell later admitted that he “misspoke,” arguing that “you can’t craft any bill that would guarantee no one was in a special category that might get a tax increase.”

Reality: The Senate and House bills would raise taxes on millions of middle-income families, and millions more households would gain little or nothing. (Like McConnell, Ryan later backtracked on his promise.)

For more, read about the claims that Republican congressional leaders are using to obscure this reality.

Broken Promise #3: “We’re going to have insurance for everybody.” – President-elect Trump, January 14, 2017

Reality: The Senate bill’s repeal of the individual mandate (the requirement that most people get health coverage or pay a penalty) would cause 13 million more people to become uninsured, raising the uninsured rate among the non-elderly from 11 percent to about 16 percent, the Congressional Budget Office (CBO) estimates. It also would raise premiums by an average of 10 percent in the individual market by 2027, according to CBO. 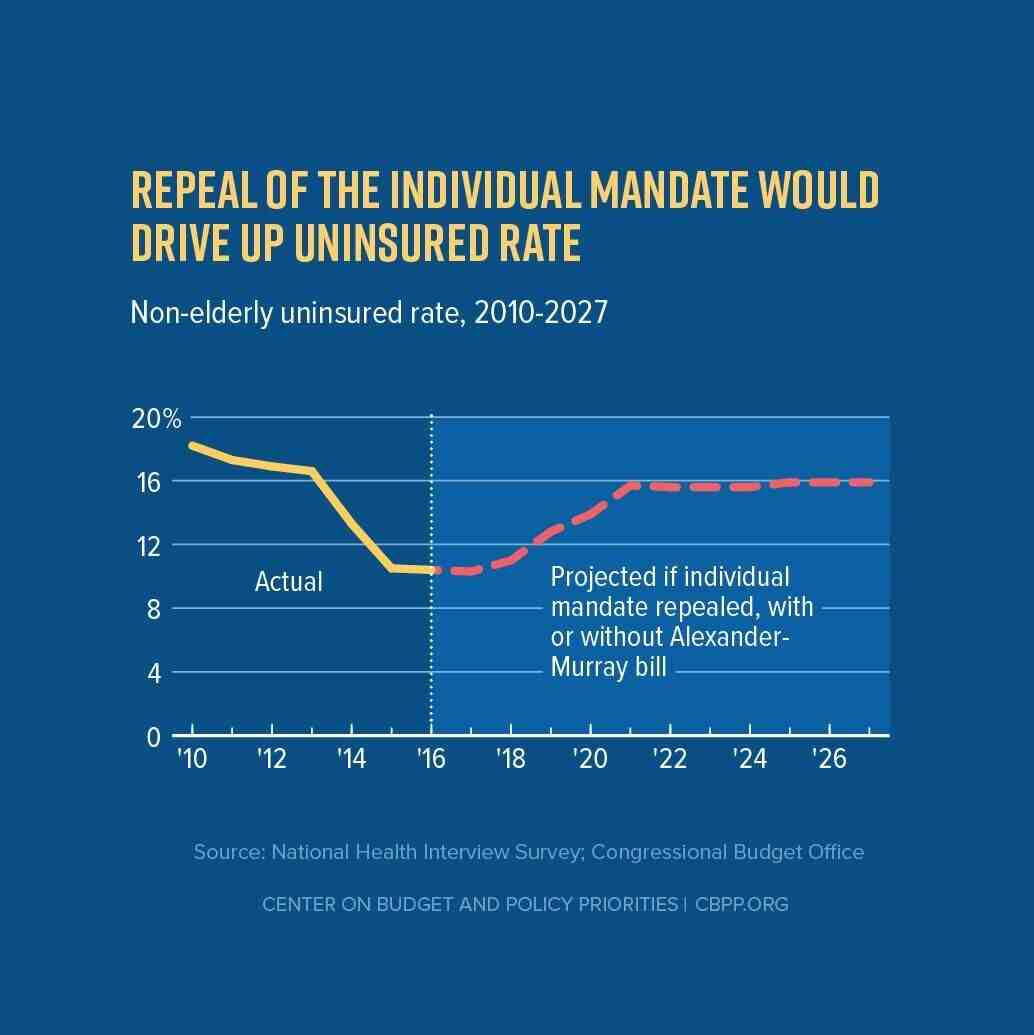 For more, read about why Republican claims that health coverage losses under the bill aren’t troubling are bogus.

Reality: The Senate bill would give the top 0.1 percent of households an average annual tax cut of $182,000 in 2027, boosting their after-tax income by 1.7 percent, the Tax Policy Center estimates. Sixty-two percent of the bill’s net tax cuts would flow to the top 1 percent of households in 2027, without accounting for its impacts on health coverage. When including those coverage effects, those in the top 1 percent would receive tax benefits of $40 billion, while those in the bottom 99 percent would see losses of $30 billion.

Broken Promise #5: “Our focus is on helping the folks who work in the mailrooms and the machine shops of America — the plumbers, the carpenters, the cops, the teachers, the truck drivers, the pipe fitters.” – President Trump, November 29, 2017 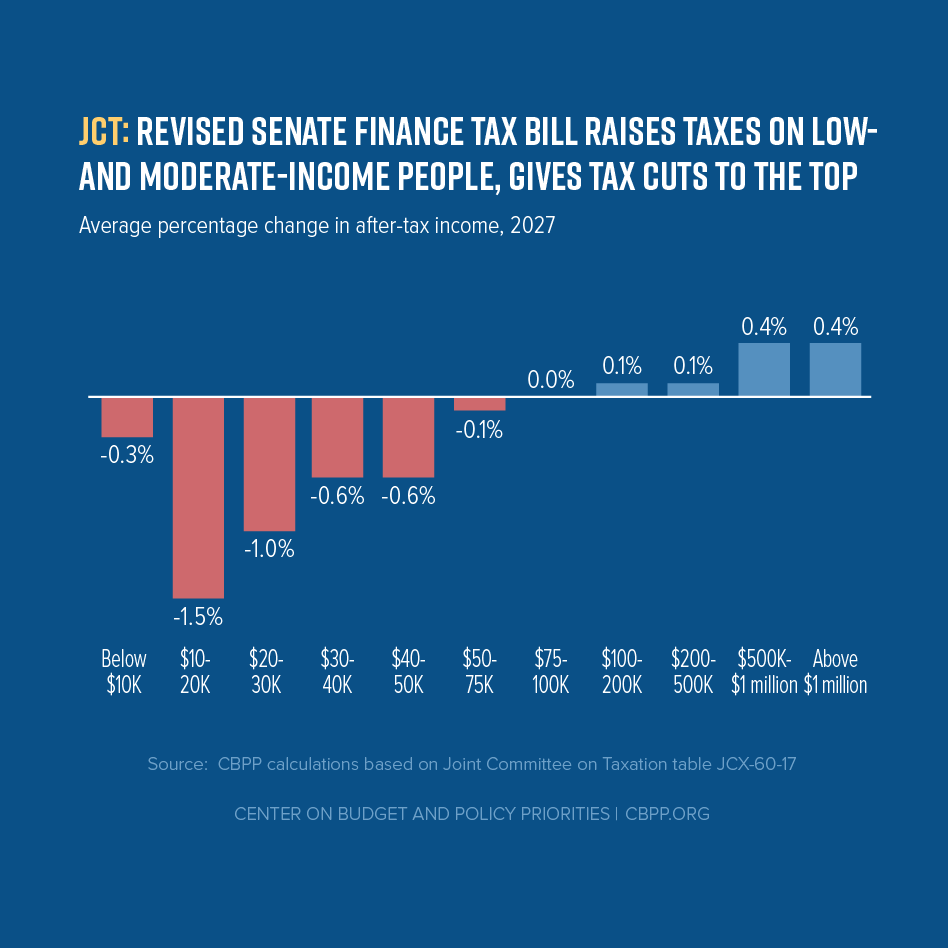 Broken Promise #6: “Every decision on trade, on taxes, on immigration, on foreign affairs, will be made to benefit American workers and American families.” – President Trump, inaugural address

Reality: Not only is the Senate bill as a whole heavily tilted against low- and middle-income families, but its Child Tax Credit (CTC) expansion would only give a token increase of $75 or less to 10 million children in low-income working families, and less than its full CTC increase to 16 million more children. President Trump has opposed efforts to provide greater relief to these 26 million children by slightly shrinking the bill’s corporate tax rate cut.

Reality: The House and Senate bills would add $1.4 trillion to deficits over the first decade, the official JCT estimate shows. Mainstream economic estimates, including those of JCT — Congress’ official tax scorekeeper — contradict Republican leaders’ claims that the bill would largely or entirely offset that cost through economic growth. And the bills could cost much more after taking into account the expiring provisions, delayed tax hikes, and other maneuvers that hold down the official cost.

Rubio-Lee Child Credit Proposal Should Be in Final Tax Bill

December 6, 2017
PreviousSequestration Deal Should Avoid Harmful Offsets, Divide Funds Equitably
NextVast Majority of Americans Would Likely Lose From GOP’s Tax Bills, If GOP Use Spending Cuts to Pay for Them
Stay up to date
Receive the latest news and reports from the Center