By several measures, women over the years have increasingly benefited from SSDI. Here are five facts you should know about women and SSDI:

SSDI is an important element of financial security for women workers and those who depend on them.  Poor health and work incapacity are no reason to celebrate, but women and men now benefit almost equally from Social Security’s protection in the event of such a blow. 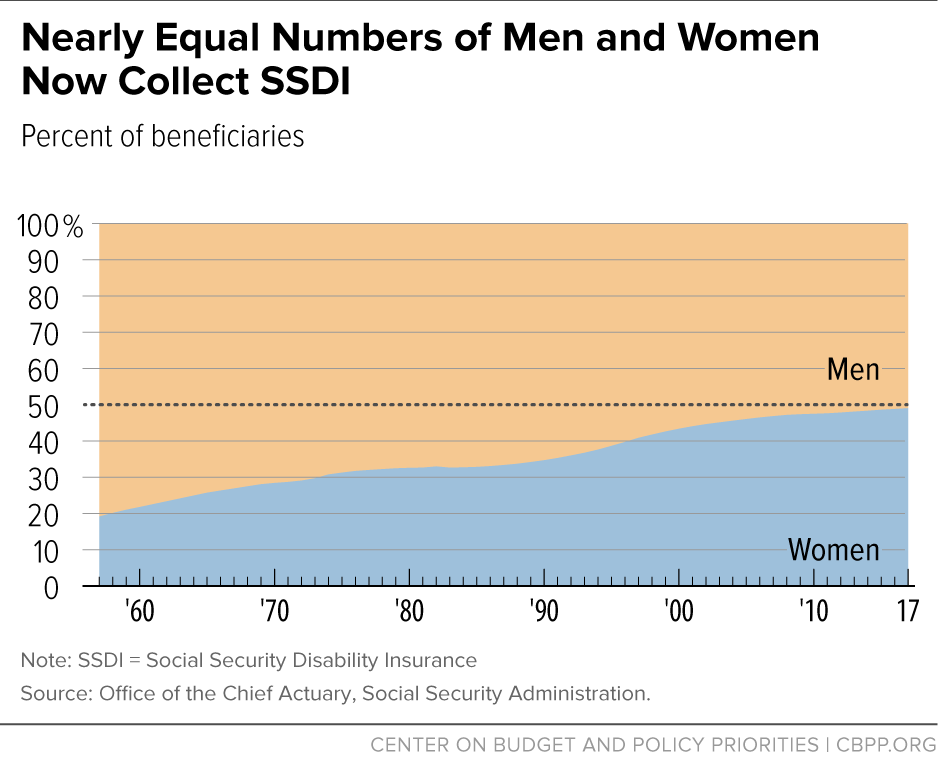 Women and Disability Insurance: Five Facts You Should Know

August 7, 2015
PreviousNew Reports Add to Case Against Trump Housing Proposals
NextIn Case You Missed It…
Stay up to date
Receive the latest news and reports from the Center