Congressional Republicans this fall are poised to launch step one of a likely two-step tax and budget agenda: enacting costly tax cuts now that are heavily skewed toward wealthy households and profitable corporations, then paying for them later through program cuts mostly affecting low- and middle-income families.

Read our series of briefs on the Republican two-step fiscal agenda: 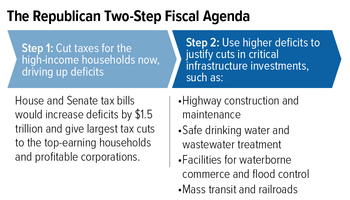 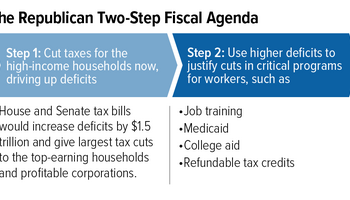 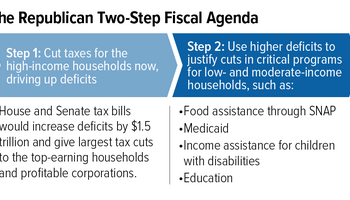 November 9, 2017
Stay up to date
Receive the latest news and reports from the Center