The Build Back Better legislation would take major steps to reduce the number of people living in poverty, improve the quality of life for low- and moderate-income people, and create opportunity so that children growing up in poverty have better health, complete more education, and earn higher salaries as adults. Because of America’s long history of systemic racism that has limited education, employment, and housing opportunities for people of color, they disproportionately suffer from poverty and its negative consequences, and this legislation makes major strides to reduce racial disparities.[1]

Key measures that would reduce poverty and the hardship that affects people experiencing poverty include:

In 2022, when the increase in the Child Tax Credit amount is in place, the expansion is projected to reduce the number of children in poverty by more than 40 percent as compared to what it otherwise would have been without the expansion, and to substantially narrow the racial gap in poverty rates among children. Making the credit fully available to the lowest-income children alone reduces child poverty by 20 percent even without the increase in the credit amount to $3,000 (and $3,600 for young children) from the pre-Rescue Plan level of $2,000.

The legislation would also extend through 2022 the American Rescue Plan’s expansion of the Earned Income Tax Credit for low-paid workers not raising children at home to shore up workers’ wages and prevent nearly 6 million workers from once again being taxed into, or deeper into, poverty.

Expanding affordable housing, including $24 billion for housing vouchers. More than 580,000 people in communities nationwide were staying in homeless shelters or living on the street in January 2020, even before the pandemic. In addition, some 24 million people in low-income renter households paid more than half of their income for rent and utilities. The legislation’s commitment of $24 billion in housing vouchers will direct critical support to as many as 310,000 of the lowest-income households once the expansion is fully phased in.[2]

Vouchers sharply cut homelessness, housing instability, and overcrowding[3] — all of which adversely affect children’s health and development — among those households that receive the assistance (see Figure 2) and vouchers improve other outcomes for children, such as reducing foster care placements and the frequency with which children must move from school to school. In 2020, vouchers and other federal rental assistance lifted 2.4 million people above the poverty line, including 785,000 children and 468,000 seniors.[4]

The bill also provides funds for services and landlord incentives to enable households to choose to use their vouchers in a wide range of neighborhoods,[5] including those with low-poverty rates — which research shows can have powerful long-term positive effects on children’s chances of attending college and earnings as adults. In conjunction with the legislation’s investment in Medicaid home- and community-based services, housing vouchers can also allow more low-income residents who are disabled remain in their homes, as they wish, rather than moving into an institutional setting.

Closing the Medicaid coverage gap and improving Medicaid and Children’s Health Insurance Program coverage for children and pregnant and postpartum people. Having health coverage is linked to improved health outcomes including reduced mortality, better maternal and infant health, and better mental health, as well as greater financial security. The bill would open marketplace plans (at no premium cost) to more than 2 million uninsured adults with incomes below the poverty line who have no pathway to coverage because their states have refused to adopt the Affordable Care Act’s Medicaid expansion.[6] Some 60 percent of those in the coverage gap are people of color and some 660,000 are parents. (See Figure 3.) Providing this group with health coverage not only improves their access to health care, but it also can reduce financial hardship by sharply reducing their health care costs and the likelihood that they accumulate health debt.

Other provisions of the bill would ensure all pregnant people enrolled in Medicaid and CHIP can maintain coverage for 12 months after the end of their pregnancy and ensure all children and youth enrolled in Medicaid and CHIP can stay enrolled for 12 months at a time to reduce the risk that they will lose coverage or experience gaps.[7] This will help children and pregnant and postpartum people experiencing poverty and those with incomes modestly above the poverty line stay connected to coverage and the health and economic benefits it provides.

Investing in child care and preschool. The package makes historic investments in child care, which will mean that low-income families will be able to access child care assistance with no or very low co-payments, while middle- and upper-middle income families will see their child care costs limited to no more than 7 percent of their income. The legislation also provides for phased-in access to universal preschool for 3- and 4-year-olds. These investments will provide both immediate and long-term benefits to families in poverty.

In the near term, the lack of stable child care can mean that some parents — particularly women — aren’t able to work, or are forced to work less, because they cannot afford quality child care. By providing a steady source of quality care for children, child care and universal preschool can allow more parents to work, improving their earnings and the economic stability of low-income families. In addition, robust evidence shows that high-quality early childhood education leads to improved long-term outcomes, including higher rates of on-time college enrollment and completion, particularly for children in poverty.

Reducing child hunger. In 2020, about 1 in 7 households with children were food insecure.[9] Food insecurity affects people of all racial and ethnic backgrounds throughout the year. But, due in significant part to harsh, long-standing inequities and structural racism, food insecurity is particularly acute for people of color, including kids.[10] The legislation would strengthen and expand these proven federal food assistance programs.[11]

The package would reduce child hunger by extending through 2024 a summer grocery benefit to families with children who typically receive free or reduced-price school meals during the school year. The grocery benefit was first put in place on a widespread basis in relief legislation and was recently extended under the Rescue Plan. The package also would expand the number of schools serving large numbers of low-income students that are able to offer free school meals to all students through June 30, 2027. Along with the other provisions in the legislation, these benefits for school children could lead to improvements in low-income children’s health and development that improve their prospects into adulthood.

Extending economic security in the territories. The bill would fill critical gaps in economic security programs for all five U.S. territories — Puerto Rico, Guam, U.S. Virgin Islands, American Samoa, and the Commonwealth of the Northern Mariana Islands — including permanent increases in funding for their Medicaid programs and full access to Supplemental Security Income benefits. Moreover, the legislation would provide territories with a one-year extension of the expanded Child Tax Credit and new administrative funding to implement the Earned Income Tax Credit. These provisions would provide substantial support to hundreds of thousands of families living in the territories, which have some of the country’s highest poverty rates. And they would mark real progress in correcting long-standing disparities that have kept these jurisdictions from fully accessing federal programs available in states that promote opportunity.

Investments are paid for with sound revenue proposals and reductions in the cost of prescription drugs. To pay for these and the bill’s other investments, the legislation would raise a reported $1.9 trillion in revenue in three main ways:[12] requiring people with high incomes to pay a fairer amount of tax, reducing unwarranted tax advantages for profitable corporations (particularly large multinationals), and improving enforcement of the nation’s tax laws to close the roughly $600 billion annual gap between taxes legally owed and taxes paid — a gap disproportionately due to high-income filers’ non-compliance with the law. Together, these measures would make the tax code more equitable and mark a sharp reversal from tax policy over the past two decades, which was dominated by regressive tax cuts that have weakened revenues and shrunk our ambition for using public investments to meet pressing national needs. The bill also includes savings from allowing Medicare to negotiate the cost of certain prescription drugs and repealing a regulation that would have resulted in increased prescription drug costs in both Medicare and Medicaid. 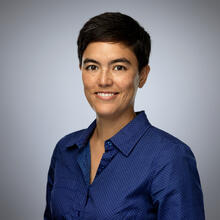