Vast Majority of Americans Would Likely Lose From Senate GOP’s $1.5 Trillion in Tax Cuts, Once They’re Paid For

This week, the Senate Budget Committee will vote on a budget resolution that would allow Congress to move forward with tax-cut legislation that adds $1.5 trillion to deficits over ten years.[2] The vast majority of Americans would be net losers from such a tax bill, if:

These findings underscore the importance of the debate over the budget resolution and the instructions provided for the tax plan.  Congress is far more likely to avoid effectively transferring income from low- and middle-income people to the rich if the resolution requires, at minimum, that tax legislation be revenue neutral; that is, all tax cuts should be fully offset by other tax increases, such as closing tax loopholes.[5]  If the resolution instead facilitates tax cuts that can be paid for by adding to budget deficits that would result in damaging spending cuts down the road, or by cutting critical programs like Medicaid right away, then the tax cuts would likely leave low- and middle-income people worse off.[6]  Reductions in investments and in basic assistance in nutrition, health, education, and other areas vital to the broad population would be made to pay for large tax cuts for the wealthy.

The Majority of Americans Would Pay for a $1.5 Trillion Tax Cut Benefiting the Top

Senate Budget Committee Chairman Mike Enzi’s proposed budget resolution would allow lawmakers to use a legislative fast-track process known as reconciliation (which needs just a simple majority vote in the Senate) to pass a tax cut bill that would add $1.5 trillion to deficits.

For this analysis, we first assume that these $1.5 trillion in tax cuts would follow the basic structure of the tax plan that President Trump and Republican congressional leaders unveiled last week.  As such, we assume the eventual $1.5 trillion tax cut bill would deliver the same share of tax cuts to each income group as that plan.[7]  TPC estimates that by 2027, when key components of that tax plan are in full effect:[8]

Second, we acknowledge that the cost of the tax cut will need to be offset through some combination of spending cuts and tax increases, even if the costs are initially funded through increased deficits.[9]

To illustrate this, we assume that the costs of the additional offsets necessary to fully finance a $1.5 trillion tax cut plan are borne equally by each household in the country, as this TPC financing scenario is the one that most closely reflects the budget priorities of the Trump Administration and the Republican Congress.  President Trump and Republican lawmakers have repeatedly proposed substantial budget cuts in programs that help families meet basic needs like Medicaid and SNAP (food stamps), as well as in investments that can help build a stronger economy like education and research.  They have justified these cuts as necessary to address the projected growth in debt as a share of the economy that we already face — before accounting for a $1.5 trillion tax cut.

These estimates may understate the extent of the likely losses for low- and middle-income Americans under stated GOP tax and budget policies, for two reasons:

In its analysis, TPC also examined two other financing scenarios, both of which reflect far more progressive financing alternatives (relying more on financing that hits higher-income households) than are reflected in the spending cuts prioritized by the Trump and House Republican budgets.  These other scenarios show that only by financing the tax cuts with progressive tax increases is it possible for the majority of Americans not to be net losers.  Ultimately, a tax plan that meets the standards of revenue and distributional neutrality requires offsetting any tax cuts with tax increases, and that the cuts and increases are designed in a manner that leaves the current distribution of after-tax income unchanged.

This analysis (and the TPC analysis from which it is derived) is a reminder that “there is no free lunch.”  A tax proposal that is not fully paid for — like the $1.5 trillion tax cut that the proposed Senate budget plan would allow — should not be judged solely on what a standard distributional table might show about its effects, because such a table doesn’t consider the income reductions that will occur due to the combination of tax increases and spending cuts ultimately required to offset its costs.  A full accounting of such a plan that considers necessary offsets would likely show most households would lose more from the plan than they would gain.

[6] The Senate budget resolution does both: see Greenstein, op. cit.

[9] For further discussion of how the costs of tax cuts cannot be postponed indefinitely, see William G. Gale, Isaac Shapiro, and Peter R. Orszag, “Distribution of the 2001 and 2003 Tax Cuts and Their Financing,” Tax Analysts, June 21, 2004, http://webarchive.urban.org/publications/1000663.html.

[10] Within each income group below the 95th percentile, there could be some small number of “winners” who have a net tax cut, but they would be far outnumbered by the “losers.” Also note that if the dollar tax cuts for those in the bottom and middle of the income distribution were assumed to be same as in the Trump/GOP plan costing $2.4 trillion, low- and middle-income filers would still be net losers, once financing is considered.

Vast Majority of Americans Would Likely Lose From Trump Tax Cuts, Once They’re Paid For

Commentary: Republican Tax and Budget Agenda Would Leave Most Low- and Middle-Income Children Worse Off 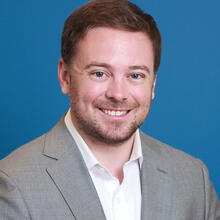