At a time of exceptionally wide income inequality, the tax-cut proposals from Donald Trump and Ted Cruz would produce extremely large and unprecedented windfalls for people with at least $1 million a year in income, almost certainly at the expense of low- and middle-income households — to the tune of trillions of dollars — if budget cuts to pay for the tax cuts are taken into account, as we detail in a new paper.

Both presidential candidates’ tax plans would ultimately increase millionaires’ already substantial incomes by about 20 percent, and the revenues lost due to the tax cuts for millionaires under both plans would exceed $3 trillion over the coming decade.

We examined the estimates that the respected Urban-Brookings Tax Policy Center (TPC) has produced of both the cost of the Trump and Cruz tax plans and how those plans would affect households at different income levels.  Our new analysis is a companion piece to our earlier analysis that found that both the Trump and Cruz plans would effectively shrink government revenue (as a share of gross domestic product) to its level back in the Truman era.

Millionaires would benefit disproportionately from the tax-cut plans, which would both cost a total of about $9 trillion over the next decade. 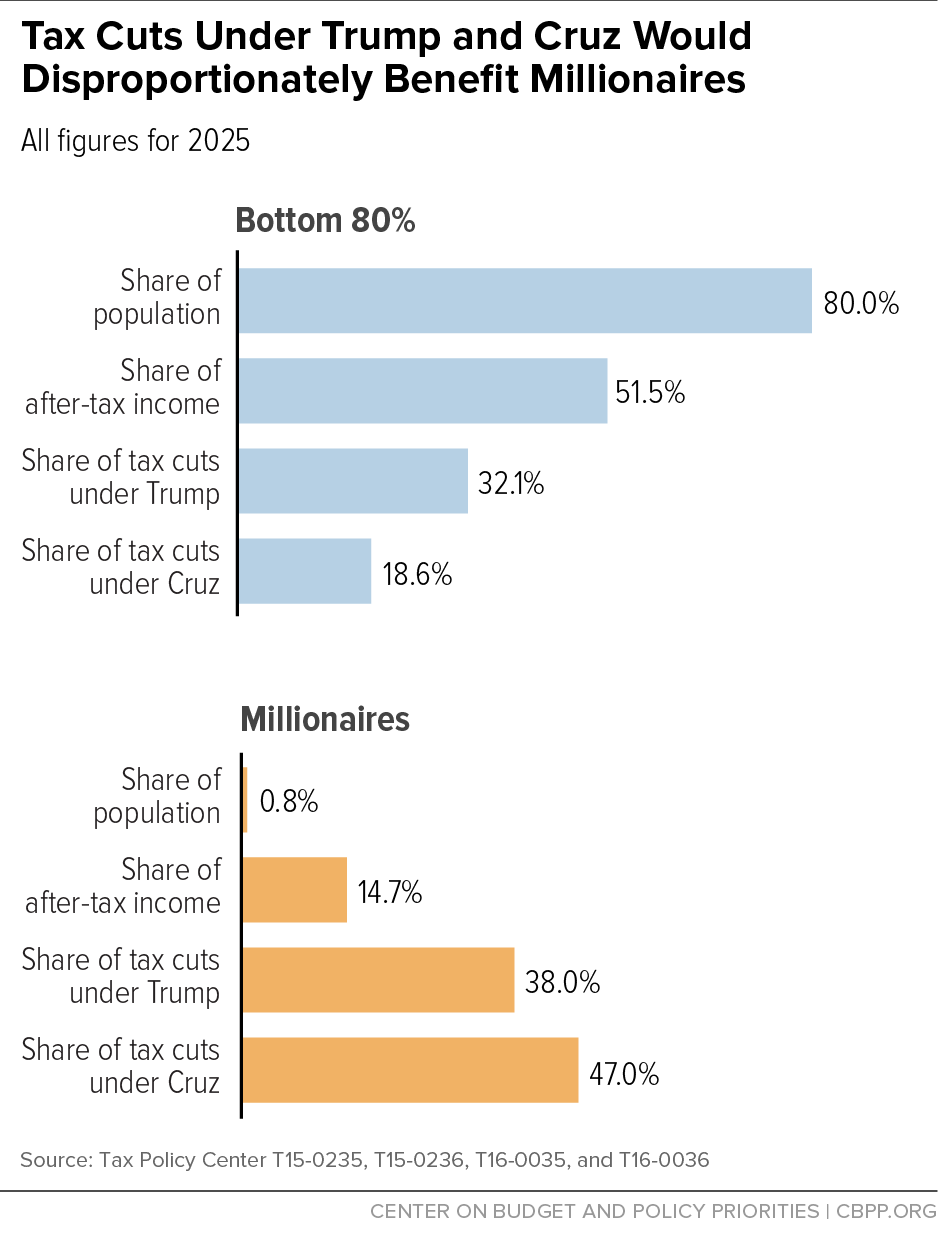 We can see the tax cuts’ true distributional effect once we consider how their costs would be offset.  If these offsets came through cuts in government spending (rather than through tax increases that at least partly roll back the tax cuts themselves), low- and middle-income households would lose significantly more from the offsets than they’d gain from the tax cuts.  Only a tiny fraction of spending cuts could possibly come from cutting program spending that benefits millionaires, given how few millionaire households there are and because federal program spending is dispersed fairly evenly across the population.

Thus, once their costs were offset, the Trump and Cruz plans almost certainly would effectively transfer trillions of dollars over the next decade from low- and middle-income households to people at the top.

Millionaires Would Gain Trillions Under Trump and Cruz Tax Plans