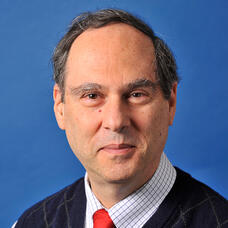 Richard Kogan rejoined the Center in May 2011 as a senior fellow after having served as a Senior Adviser at the Office of Management and Budget since January 2009.  During his second tour at the Center, from 2001 to 2009, he served as a Senior Fellow specializing in federal budget issues, including aggregate spending, revenues, surpluses and deficits, and debt. Kogan is also an expert in the congressional and executive budget processes and budget accounting concepts.

He first worked at the Center as a Senior Fellow in 1995 and 1996, during which time he also addressed issues of Medicaid financing.

Before and in between his stints at the Center, Kogan served for twenty-one years on the staff of the Committee on the Budget of the U.S. House of Representatives, most recently as the Director of Budget Policy.

In 1990, he helped to design and draft the Budget Enforcement Act, which established caps on discretionary appropriations and the "pay-as-you-go" rule for tax and entitlement legislation.

Kogan was graduated from Yale with a B.A. in political science, and then served for five years in the Congressional Research Service, specializing in budgetary conflict between the Executive and Legislative Branches.