Chart of the Week – Bottom Four-Fifths of Households Would Lose Under Trump Tax Approach, Once Fully Financed 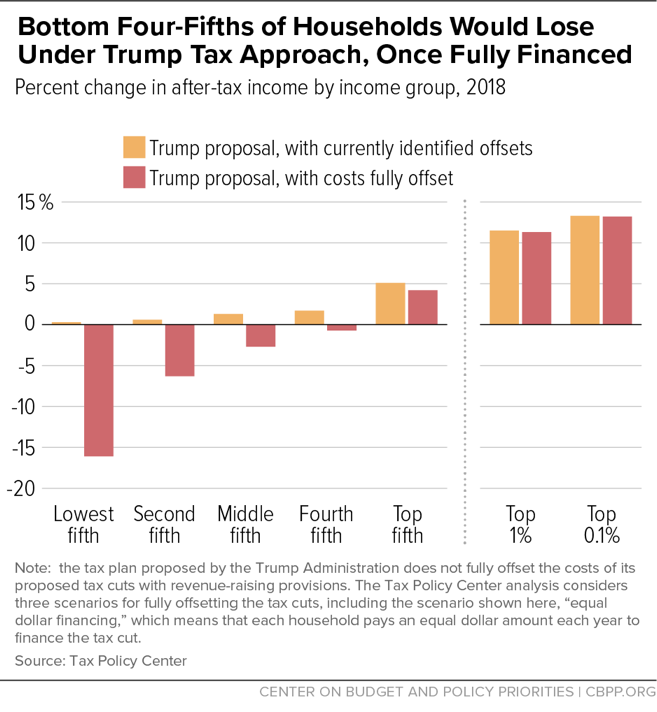