This week at CBPP, we focused on health, the federal budget and taxes, housing, family income support, state budgets and taxes, Social Security, and the economy.

Chart of the week: House Bill to Repeal Affordable Care Act Would Drive Up Premiums, Reduce Enrollment in 2018 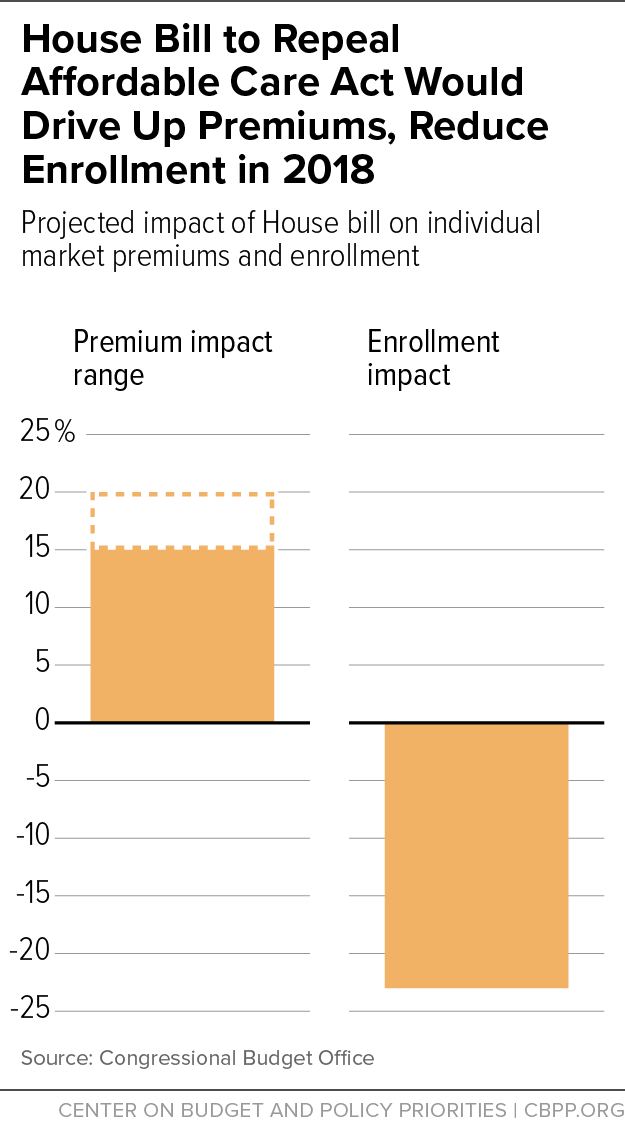 Repeal in doubt, what Trump alone can do on ‘Obamacare’
Associated Press
April 3, 2017