Countdown to Tax Day: The United States Is a Low-Tax Country

A large share of Americans likely think they face higher taxes than people in other countries, partly because of claims like those from GOP presidential candidate Donald Trump.  Those claims are wrong.  The United States is, and always has been, a low-tax country.

Among members of the Organisation for Economic Co-operation and Development, only South Korea has lower government receipts as a share of the economy than the United States, as the graph shows. 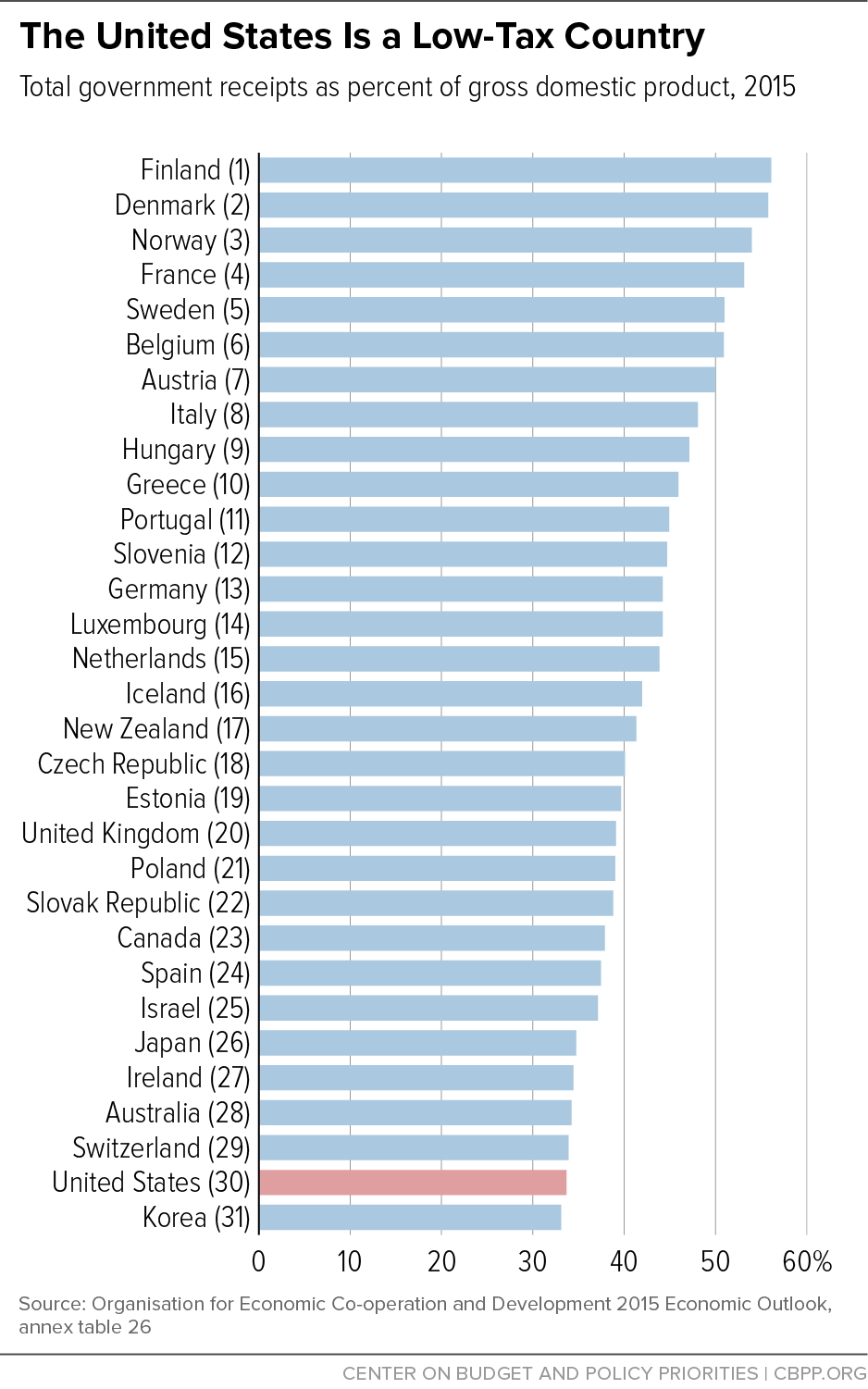 December 4, 2013
PreviousCountdown to Tax Day: Where Do Federal Tax Revenues Come From?
NextHistory Shows Block-Granting Shrinks Funding Over Time
Stay up to date
Receive the latest news and reports from the Center