Testimony of Michael Mitchell, Policy Analyst, Before the Senate Committee on Health, Education, Labor and Pensions

Thank you for the invitation to testify today.  I am pleased to be able to speak to you about college affordability, state support for higher education, and how rising costs have affected students across the country.  I am Michael Mitchell, Policy Analyst at the Center on Budget and Policy Priorities.  We are a Washington, D.C.-based policy institute that conducts research and analysis on budget, tax, and economic policy, policies related to poverty, and a number of social programs at both the federal and state levels.  The Center has no government contracts and accepts no government funds.

My testimony today will focus on four key points: 1) States have made dramatic cuts to higher education funding since the onset of the Great Recession; 2) we’ve seen rapid growth in tuition costs at public four-year institutions over the same time period; 3) higher costs have hurt students and families, especially those with low or moderate incomes and students of color; and 4) while states reduced higher education funding, the federal Pell Grant program continued to provide important support to low-income students.  I conclude with recommendations for federal and state policymakers that would enable more students, particularly low-income students, to access and graduate from college.

I. States Have Made Dramatic Cuts to Higher Education Since 2008

State and local tax revenue is a major source of funding for public colleges and universities.  Unlike private institutions, which may rely upon gifts and large endowments to help fund instruction, public two- and four-year colleges typically rely heavily on state and local appropriations.  In 2014, state and local dollars constituted 53 percent of public institutions’ education revenue — the funds used directly for teaching and instruction.[1]

While states have begun to restore funding, appropriations are well below what they were in 2008 — 20 percent per student lower — even as state revenues have returned to pre-recession levels.  Compared with the 2007-08 school year, when the recession hit, adjusted for inflation:

Over the past year, states have moved to restore some of that lost funding.  (See Figure 2.)  Thirty-seven states are investing more per student in the 2014-15 school year than they did in 2013-14.  Adjusted for inflation:

Still, in 13 states, per-student funding fell over the last year — declining, on average, by more than $50 per student.  Adjusted for inflation:

The cuts resulted from state responses to the deep recession and a slow recovery.

Tuition costs in most states have climbed higher than they were before the recession.  Since the 2007-08 school year, average annual published tuition has risen by $2,068 nationally, or 29 percent, above the rate of inflation.[10]  Steep tuition increases have been widespread, and average tuition at public four-year institutions, adjusted for inflation, has increased by:

In Arizona, the state with the greatest tuition increases since the start of the recession, tuition has risen 83.6 percent, or $4,734 per student, after adjusting for inflation.  Average tuition at a four-year Arizona public university is now $10,398 a year.[11]

As states have begun to reinvest in public higher education, tuition hikes in 2014-15 have been much smaller than in preceding years.[12]  Published tuition — the “sticker price” — at public four-year institutions increased in 34 states over the past year, but only modestly.  Average tuition increased $107, or 1.2 percent, above inflation.[13]  Between last year and this year, after adjusting for inflation:

This trend has meant that over time, students have assumed much greater responsibility for paying for public higher education.  In 1988, public colleges and universities received 3.2 times as much in revenue from state and local governments as they did from students.  They now receive about 1.1 times as much from states and localities as from students.

Nearly every state has shifted costs to students over the last 25 years — with the most drastic shifts occurring since the onset of the Great Recession.  In 1988, average tuition costs were greater than per-student state expenditures in only two states, New Hampshire and Vermont.  By 2008, that number had grown to ten states.  Today, tuition revenue is greater than state and local government funding for higher education in half of the states, with seven — Colorado, Delaware, Michigan, New Hampshire, Pennsylvania, Rhode Island, and Vermont— requiring students and families to shoulder the lion’s share of higher education costs by a ratio of at least 2-to-1.[16]

The Effects of Shifting Costs on Students, Families, and the Economy

The cost shift from states to students has happened over a period when absorbing additional expenses has been difficult for many families because their incomes have been stagnant or declining.  In the 1970s and early- to mid-1980s, tuition and incomes both grew modestly faster than inflation, but by the late 1980s, tuition began to rise much faster than incomes.

Rapidly rising tuition at a time of weak income growth has damaging consequences for families, students, and the national economy.

Federal financial aid has played a critical role in partially offsetting higher costs for students and families.  Pell Grants are the signature form of federal grant support, and help more than 8 million students afford college.  Research shows that Pell Grants and other need-based aid help students attend and graduate from college.  Students qualifying for Pell Grants are more likely than other students to face significant hurdles to completing college, such as single parenthood and lack of financial support from their own parents.  Controlling for these risk factors, a Department of Education study found that Pell Grant recipients who graduate do so faster than other students.[26]  Further, research on need-based grant aid more generally has shown that such aid increases college enrollment among low- and moderate-income students.[27]

As noted, college costs — even at two-year and four-year state institutions — have risen sharply.  Congress increased the maximum value of Pell Grants and modestly increased eligibility between 2007 and 2010, though it later pared back some of these expansions.  It also indexed the maximum Pell Grant to inflation from 2013 to 2017, though college costs have been increasing faster than inflation, a trend that is projected to continue.  The increase in Pell Grants has partially offset reduced state support and the erosion of Pells’ value as a share of total college costs over time.  Still, Pell Grants now cover only about 30 percent of the cost of attendance at public four-year colleges, the lowest share since 1974.[28]

Because grants rarely cover the full cost of college attendance, most students — and low-income students in particular — borrow money.  In 2012, 79 percent of low-income students — from families in the bottom income quartile — graduating with a bachelor’s degree had student loans (compared with 55 percent of graduating students from higher-income families).[30]  Nearly nine of ten Pell Grant recipients who graduate from four-year colleges have student loans, and their average debt is nearly $5,000 larger than their higher-income peers.[31]

Debt levels have risen since the start of the recession for college and university students collectively.  By the fourth quarter of 2014, students held $1.16 trillion in student debt — eclipsing both car loans and credit card debt.[32]  Further, the overall share of students graduating with debt has increased since the start of the recession.  Between the 2007-08 and 2012-13 school years, the share of students graduating from a public four-year institution with debt increased from 55 to 59 percent.  At the same time, between the 2007-08 and 2012-13 school years, the average amount of debt incurred by the average bachelor’s degree recipient with loans at a public four-year institution grew from $22,000 to $25,600 (in 2013 dollars), an inflation-adjusted increase of $3,600, or roughly 16 percent.  By contrast, the average level of debt incurred had risen only about 3.7 percent in the eight years prior to the recession.[33]  In short, at public four-year institutions, a greater share of students are taking on larger amounts of debt.

States have cut higher education funding deeply since the start of the recession.  These cuts were in part the result of a revenue collapse caused by the economic downturn, but they also resulted from misguided policy choices.  State policymakers relied heavily on spending cuts to make up for lost revenues.  They could have lessened the need for higher education funding cuts if they had used a more balanced mix of spending cuts and revenue increases to balance their budgets.

The impact of the funding cuts has been dramatic.  Public colleges have both steeply increased tuition and pared back spending, often in ways that may compromise the quality of education and jeopardize student outcomes.  Students are paying more through increased tuition and by taking on greater levels of debt.

Strengthening state investment in higher education will require state policymakers to make the right tax and budget choices over the coming years.  A slow economic recovery and the need to reinvest in other services that also have been cut deeply mean that many states will need to raise revenue to rebuild their higher education systems.  At the very least, states must avoid shortsighted tax cuts, which would make it much harder for them to invest in higher education, strengthen the skills of their workforce, and compete for — or even create — the jobs of the future.

At the federal level, to enable low-income students to access and succeed in higher education, policymakers should ensure adequate support for the Pell Grant program and targeted refundable tax credits.  My colleagues at the Center who specialize in federal budget and tax policy have identified specific policy recommendations that federal lawmakers could pursue to help students access higher education:

A large and growing share of future jobs will require college-educated workers.  Sufficient funding for higher education to keep tuition affordable and quality high at public colleges and universities, and to provide financial aid to those students who need it most, would help the nation develop the skilled and diverse workforce that is critical to our economic future.

[2] CBPP calculation using the “Grapevine” higher education appropriations data from Illinois State University, enrollment and combined state and local funding data from the State Higher Education Executive Officers Association, and the Consumer Price Index, published by the Bureau of Labor Statistics.  Since enrollment data are only available through the 2012-13 school year, enrollment for the 2013-14 school year is estimated using data from past years.

[6] State Higher Education Executive Officers Association, April 2015.  Note: while full-time-equivalent enrollment at public two- and four-year institutions is up since fiscal year 2008, between fiscal years 2012 and 2013 it fell by approximately 150,000 enrollees — a 1.3 percent decline.

[9] CBPP analysis of data from U.S. Department of Justice, Bureau of Justice Statistics.

[10] CBPP analysis using the College Board’s “Trends in College Pricing 2014,” http://trends.collegeboard.org/college-pricing/figures-tables/tuition-fees-room-board-time.  Note: in non-inflation-adjusted terms, average tuition is up $2,948 over this time period.

[13] This paper uses CPI-U-RS inflation adjustments to measure real changes in costs.  Over the past year the CPI-U-RS increased by 1.47 percent.  We use the CPI-U-RS for the calendar year that begins the fiscal/academic year.

[21] In a 2008 piece, Georgetown University scholar Anthony Carnavale pointed out that “among the most highly qualified students (the top testing 25 percent), the kids from the top socioeconomic group go to four-year colleges at almost twice the rate of equally qualified kids from the bottom socioeconomic quartile.” Anthony P. Carnavale, “A Real Analysis of Real Education,” Liberal Education, Fall 2008, p. 57.

[24] Eleanor W. Dillon and Jeffrey A. Smith, “The Determinants of Mismatch Between Students and Colleges,” National Bureau of Economic Research, August 2013, http://www.nber.org/papers/w19286.  Additionally, other studies have found that undermatching is more likely to occur for students of color.  In 2009 Bowen, Chingos, and McPherson found that undermatching was more prevalent for black students — especially black women — relative to comparable white students.

[33] College Board “Trends in Student Aid,” Figure 13A, http://trends.collegeboard.org/student-aid/figures-tables/average-cumulative-debt-bachelors-recipients-public-four-year-time.

On the Map: Higher Education Funding Cuts and Tuition Hikes

College Affordability Down, Debt Up 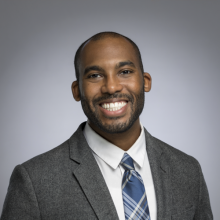