For decades, wealthy interests, large corporations, and their allies in state capitols have pushed tax cuts that haven’t yielded the promised economic benefits but instead have undermined state revenue systems. This has harmed programs that help families with low to moderate incomes, expand opportunity in communities of color, and support crucial services including public schools and colleges, parks, public health, and infrastructure. Despite already extreme levels of economic inequality and robust corporate profits, these folks are back this year with hat in hand. States shouldn’t take the bait.

As this year’s state legislative season kicks off, a number of states — including Arizona, Georgia, Indiana, Iowa, Michigan, Mississippi, South Carolina, Wisconsin, and West Virginia — are weighing costly income tax cuts that would mostly benefit wealthy households and profitable corporations while widening racial and economic inequities. Other states, most notably Kansas, are considering proposals that would achieve the same outcome through an arbitrary formula designed to constrain revenues and lead to deep cuts in state services over time.[1]

The monied interests pushing these harmful proposals are wielding old, discredited claims that slashing taxes would juice state economies and deliver big benefits to families and businesses, as well as a few new arguments that don’t hold water. In this latest round of the long-running campaign by wealthy interests and corporations to further enrich themselves at everyone else’s expense, states should look at what the evidence shows. Tax cuts haven’t delivered their promised benefits in the past, are a step backward for racial justice, and are likelier to harm families and communities than help them.

After the Great Recession of 2007-09, claims that cutting taxes would increase economic growth led states such as Kansas, Ohio, and others to slash personal or corporate income taxes. Those tax cuts didn’t deliver the promised economic boost. And the resulting revenue shortfalls forced schools to shift more costs on to parents and teachers, pushed up tuition for college students, left millions of people without health insurance, and caused delays in highway repairs, among other harms.

Take Kansas. Lawmakers in 2012 and 2013 approved massive income tax cuts sold in large part by claims that they would deliver a “shot of adrenaline” to the state’s economy, as then-Governor Sam Brownback put it. But it didn’t turn out that way, as the state’s private sector lagged behind neighboring states and the nation overall over the next few years. And to deal with the revenue losses, the state imposed unprecedented cuts in public services across the board, as well as unorthodox budget gimmicks to mask the full damage. The harm was so severe that in 2017, a bipartisan majority of lawmakers rolled back most of the tax cuts — overriding Governor Brownback’s veto in the process — to put the state back on firmer ground.[2]

What about the tax cuts’ promised payoff in long-term prosperity or growth? Of the five states that cut income taxes most sharply in the 2010s (Kansas, Maine, North Carolina, Ohio, and Wisconsin), four saw slower growth in jobs and personal income than the nation in the years that followed.[6] States without an income tax haven’t done better, either. Over the course of the 2010s, the nine states with the highest top marginal income tax rates saw their economies grow slightly faster, on average, than the nine no-income-tax states.[7]

State income tax cuts also tend to exacerbate racial and income inequities. One reason is that they usually provide outsized benefits to more affluent taxpayers, as opposed to those who need the help the most. For instance, 77 percent of the benefits from tax cuts Ohio approved in 2021 will flow to the top 20 percent of taxpayers, including 36 percent of the benefits going to just the wealthiest 1 percent.[8] Massive tax cuts last year in Arizona will shovel about $30,000 per year to taxpayers with incomes over roughly half a million dollars, while taxpayers making less than $21,000 will get about $3.[9] And a 2020 proposal to swap Georgia’s graduated income tax for a flat tax would’ve driven an estimated $458 million in tax cuts overwhelming to taxpayers above $108,000 per year, while doing virtually nothing for low- and middle-income households (even raising taxes on some of them).[10]

States tax cuts can also exacerbate economic inequities indirectly. They sap revenue from public investments in education, family income supports, and other areas that broaden opportunity for people with low or moderate incomes, and in investments in communities of all types that historically have suffered from disinvestment, whether urban or rural, Black or white or brown. Tax cuts weighted to the wealthy also tend to shift who pays for schools and other services toward people in rural areas of a state, who tend to have lower incomes, and away from people in metro areas, who tend to be better off financially. And within cities, they tend to shift more income to wealthier neighborhoods and away from areas where people already struggle to meet basic needs.

Also, typically state tax cuts disproportionately benefit white households relative to communities of color — making them a step backward for racial justice just when we need the opposite. In some cases, tax cuts provide less value to people of color incidentally, because of the interplay between household income and state tax structures. For instance, Black residents received only 10 percent of North Carolina’s 2013 personal income tax cut though they made up 22 percent of the state population. That’s because the tax-cut package was designed to reduce income tax rates for higher-income taxpayers, and Black households in the state generally had less income due to ongoing inequities caused by the legacy of racism and continued discrimination.[11] Such linkages between tax policy and race are widespread today. Many states and localities worsen existing disparities for communities of color by relying too much on regressive forms of revenue like consumption taxes and fees and too little on income and wealth taxes, which ask more of those at the top — a group that’s disproportionately white.[12]

Looking back further over American history, oftentimes the racism was the point. For example, Mississippi’s 1890 constitutional convention both stripped the vote from most Black residents and provided tax cuts for the owners of cotton mills and other factories.[13] The convention also made it much harder to increase taxes by adding to the state constitution a three-fifths vote requirement for tax hikes, which remains on the books today. During this same era, in which Jim Crow voting restrictions were established across the South, states including Alabama, Arkansas, Missouri, and Texas also adopted limits on property tax growth that served to protect the wealth of former slaveholders and which also remain on the books today.[14]

Unfortunately, the links between tax cut proposals and voter suppression are back on full display today. Many of the same states — Arizona, Georgia, Iowa, and Kansas, to name a few — considering tax cuts are also making it harder for people to vote, such as by criminalizing efforts to assist voters with disabilities or provide food and water to people standing in line to vote.[15] Voter suppression measures like these routinely have a disproportionate impact on people of color, arguably often deliberately so.

Some proponents are offering newer arguments for cutting taxes this year: in particular, that most states have budget surpluses and that income tax cuts are needed to help families deal with rising inflation. But these justifications don’t withstand scrutiny.

States’ current surpluses are largely due to historic amounts of fiscal aid delivered through the American Rescue Plan and other federal COVID-19 relief, and the benefits that relief produced for the economy. But this aid is only available to states through 2024, and federal guidance makes clear that it’s meant to address the pandemic’s health and economic effects, especially on households hardest hit — not to fund state tax cuts. Using one-time surpluses to fund long-term cuts to state tax systems is also unsustainable over time. Even if state balance sheets currently look good, undermining revenues today will lead to steep cuts in schools and other vital services tomorrow.

Tax cuts also are generally a poor strategy for helping families deal with rising costs. As noted above, the kind of personal and corporate income tax cuts that wealthy interests and their allies typically push for — the kind currently on the table in several states — line the pockets of those already doing very well, who naturally feel the pinch from inflation much less sharply than do low- and moderate-income families. Tax cuts typically do little for the people and communities with the fewest resources to cope with rising gas, health care, and housing prices.

States Should Strengthen, Not Weaken, Revenues

Instead of cutting taxes, states looking to become stronger and to build inclusive economies that deliver for everyone over the long term should protect and increase their tax revenues. States need these revenues to boost investments that broaden economic opportunity[16] and break down barriers to opportunity that have held back Black and brown people and residents of low-income communities — metropolitan and rural — that lack robust public services and opportunities.[17] Several states took steps last year that illustrate what those policies can look like. Washington State, for example, created a new tax on capital gains above $250,000 per year to help support child care, early learning, and public schools.[18]

If a state nevertheless chooses to cut taxes, it should target the benefits to people and communities that really need it. One method is to create or expand an earned income tax credit, as a record 14 states and U.S. Territories did in 2021.[19] States can also consider tax credits for families raising children or targeted property tax breaks.[20] In states that opt to cut personal or corporate income tax rates, which can prove both costly and regressive, lawmakers should at a minimum include an expiration date so they can revisit the choice and course-correct as needed sometime soon.

This year looks poised to be a big one for debates over cutting state taxes. The monied interests pushing cuts are relying in some cases on old, recycled claims that haven’t panned out in the past and, in others, on newer arguments that don’t hold up under the microscope. States looking to prosper should look squarely at the evidence: big tax cuts don’t juice state economies or help families thrive. Instead, they invariably lead to big funding cuts in core public assets such as schools and hospitals, less support for investments to broaden opportunity, outsized gains for wealthy households and large companies at the expense of racial and economic justice, and communities and local economies that are less attractive to businesses and families.[21]

[7] Carl Davis, “Another Reason to Tax the Rich? States with High Top Tax Rates Doing as Well, if Not Better, than States Without Income Taxes,” Institute on Taxation and Economic Policy, September 23, 2020, https://itep.org/another-reason-to-tax-the-rich-states-with-high-top-tax-rates-doing-as-well-if-not-better-than-states-without-income-taxes/.

[13] See the Exemption Ordinance at the end of Mississippi’s 1890 constitution, which can be found at https://www.mshistorynow.mdah.ms.gov/issue/mississippi-constitution-of-1890-as-originally-adopted. 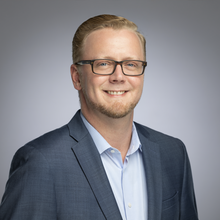