"These data underscore the urgent need for federal policymakers to agree on further robust relief measures."

Millions of households are having serious trouble affording food and are falling behind on the rent, the Census Bureau’s Household Pulse Survey for September 2-14 shows. Twenty-three million adults reported that their household didn’t get enough to eat, and an estimated 1 in 4 renters with children lived in a household that was behind on rent. Also, data for August show that some 35 million people — including 9 million children — either met the federal definition of “unemployed” (which understates the actual number of jobless workers) or lived with an unemployed family member, according to Census’ latest Current Population Survey.

These data underscore the urgent need for federal policymakers to agree on further robust relief measures. The measures enacted earlier this year — such as expanded unemployment benefits and stimulus payments — mitigated hardship but were temporary and had significant shortcomings. Without a new relief package, hardship likely will rise and grow more severe, endangering children’s long-term health and educational outcomes.

Millions of people live in households with serious difficulty getting enough to eat, the latest Household Pulse data show, with rates of food hardship sharply above pre-crisis levels:

Table 1 includes state-by-state data on the number of adults reporting that their household didn’t get enough to eat and the number of adults reporting that the children in their household weren’t getting enough to eat. (To improve reliability, these data are averaged over the survey done in late August and the most recent survey done in September.)

The Census Bureau released more detailed data from the Pulse survey collected in August 19-31. Analysis of those data shows that between 7 and 11 million children live in a household where children did not eat enough because the household couldn’t afford it. Note that the Household Pulse Survey was designed to provide data on adult well-being, not precise counts of children, so these figures are approximations.

Families are struggling to afford food for a variety of reasons, including loss of jobs and income, higher food prices, inadequate food assistance benefits, and higher costs because children are home and missing out on meals at school and child care programs. While some school-aged children attending schools with in-person instruction have regained access to on-site school meals, many other children have not, including those too young for school and those whose schools rely on remote instruction. The government funding bill passed by the House yesterday includes important provisions to extend and expand school meal replacement benefits (Pandemic EBT) and extend flexibilities in SNAP, WIC, and school meals. These are important steps, but Congress needs to do more to provide comprehensive relief to the millions of Americans struggling to make ends meet.

The Families First Coronavirus Response Act provided temporary increases in SNAP benefits that have helped many families, but the poorest 40 percent of SNAP households, including at least 5 million children, were left out of this increase in benefits, leaving them particularly vulnerable to food hardships.

The Household Pulse data also show that millions are behind on rent. Unfortunately, there are two concerns with the housing questions. First, the Census Bureau changed the wording of the question starting with the late-August survey, making the results non-comparable to earlier weeks of the Pulse survey. Second, a large share of Pulse survey respondents chose not to answer the housing questions in the latest survey. This “non-response” is higher among groups that are younger, have lower levels of education, and identify as Black or Latino — groups that are more likely to struggle to afford rent due to longstanding inequities that often stem from structural racism in education, employment, and housing. For these reasons, the Pulse data likely understate the number of people behind on rent.

Even with these issues, however, the data indicate that millions are having difficulty paying rent:

The Centers for Disease Control and Prevention has imposed a temporary moratorium on evictions, but this largely postpones (rather than prevents) evictions because it doesn’t provide struggling households with rental assistance. When the moratorium expires at the end of December, households will still owe back rent and associated late fees, putting them at serious risk of eviction, unless policymakers reach an agreement on a relief package that provides rental assistance.

Despite continued high unemployment, the $600 federal supplement to weekly unemployment benefits expired in July, and the President’s executive action to extend a $300 weekly benefit was only in place for a handful of weeks due to lack of funding.

[2] The latest Pulse survey estimates that 9.8 million adults are in households not caught up on rent. To adjust for non-response in the survey, we apply the share not caught up on rent, 17.4 percent, to the total number of adult renters, 73 million, in the March 2020 Current Population Survey to calculate an adjusted estimate.

SNAP Benefit Boost Would Get Needed Food Aid to the Poorest Participants, Who Have Been Left Out

Is $1 Trillion Enough for a New Economic Relief Package? 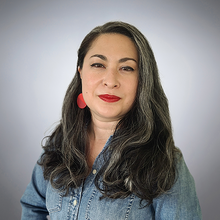