At a point in time, there are about 2.2 million uninsured adults with incomes below the poverty line who lack a pathway to affordable health coverage because their states have refused to adopt the Affordable Care Act (ACA)’s Medicaid expansion.[1] But this group isn’t fixed, and over the course of the year — and over several years — the coverage gap affects a much larger number of people.

While data limitations do not allow for precise estimates of coverage gap transitions, research demonstrates marked income instability among households with low incomes, even prior to the COVID-19 pandemic, that make transitions into and out of the coverage gap more likely. Because eligibility for Medicaid and ACA marketplace financial assistance is tied to income, fluctuations in income increase the chance of fluctuations in eligibility.

For adults in states that haven’t adopted the ACA’s Medicaid expansion, income fluctuations from above the poverty line to below it can mean the loss of health coverage; when a person’s income is above the poverty line, they qualify for subsidized coverage in the ACA marketplace, but when their income falls below the poverty line, they transition into the coverage gap. Similarly, in non-expansion states, a person with employer coverage can fall into the coverage gap if they lose their job and the health care that comes with it and their income falls below the poverty line. By contrast, in states that have adopted Medicaid expansion, when a person’s income goes from above to below the poverty line, they can switch from marketplace coverage to Medicaid, though many still lose coverage due to difficulty navigating these transitions. And in states that have adopted expansion, when someone loses a job and employer-sponsored coverage, they can qualify for Medicaid, as well. Because incomes often fluctuate during the year, the total number of people in the coverage gap over the course of the year is significantly larger than the number in the gap at a point in time.

Research shows that large numbers of people see their incomes fluctuate substantially. In a one-year period, households with low and moderate incomes typically experienced more than five months when their income fluctuated by more than 25 percent above or below their average monthly income, one study found.[3] Other data show that more than 1 in 3 households with children lost one-fourth or more of their annual cash income in either 2015 or 2016.[4]

Adults in non-expansion states may become uninsured and land in the coverage gap for many reasons, including losing eligibility for marketplace subsidies due to declines in income, losing employer-sponsored insurance due to job loss, losing Medicaid or marketplace eligibility for administrative reasons even when they remain eligible, or losing Medicaid due to changes in marital status or other family circumstances affecting eligibility.

Data from the Medical Expenditure Panel Survey (MEPS) show that over the 12-month period ending December 2018, 19 percent of low-income, non-elderly adults who were insured at some point during that period lost coverage and became uninsured.[9] This coverage loss may include transitions into the coverage gap for adults in non-expansion states.

For parents with low incomes in non-expansion states, small gains in income can trigger coverage loss and transitions into the coverage gap.

Adults may qualify for Medicaid through several pathways — including income, disability, and pregnancy — and for all pathways periods of coverage loss are significant.[10] Unlike adults without children, who aren’t eligible based on income for Medicaid in non-expansion states regardless of how low their incomes are, parents may be eligible based on income — but only if their incomes are very low. The median non-expansion state caps Medicaid eligibility for parents at about 40 percent of the poverty line, or just $8,800 in yearly income for a single parent with two children. In Texas, the state with the most people (766,000) in the coverage gap in 2019, parents can make no more than 17 percent of the poverty line (only $3,733 annually) to remain eligible for Medicaid.[11]

With income thresholds for parents so low in non-expansion states, it takes only a slight bump in income for parents to lose Medicaid eligibility and fall into the coverage gap. For parents already struggling with very low incomes, a small increase in wages or hours worked means they may lose Medicaid coverage because their state has not adopted the expansion; it also means they won’t qualify for any form of federal assistance for health insurance if their income rises but remains below the poverty line.

Research shows that adults who lose Medicaid coverage experience decreases in access to health care. Adults with more unstable Medicaid coverage decreased their use of prescription medications by 19 percent, and saw increases in their use of emergency rooms, hospitalizations, and office visits by between 10 and 36 percent, compared to individuals with consistent Medicaid coverage.[12] MEPS data show that non-elderly adults with Medicaid who became uninsured over the course of the year were more than twice as likely to report being unable to get medical care or prescription medication as those with Medicaid who did not become uninsured.[13]

Over the 12-month period ending in December 2018, data from MEPS show that 18 percent of low-income, non-elderly parents enrolled in Medicaid lost coverage and became uninsured.[14] (See Figure 2.) Unfortunately, these data are not available by state, so we cannot separately measure loss of Medicaid in non-expansion states. But for parents in non-expansion states whose income falls below the poverty line, coverage loss can occur when incomes rise very modestly such that parents have too much income to qualify for Medicaid but not enough income to qualify for coverage through the marketplace.

Medicaid coverage loss was particularly common among Latino parents. In 2018, among all states, 26 percent of low-income, non-elderly Latino parents enrolled in Medicaid lost coverage and became uninsured. This means that Latino people are not only disproportionately in the coverage gap at a point in time,[15] but Latino parents also face more disruptions in Medicaid coverage over time, at least nationally (these MEPS data are also unavailable by state). Several studies examining earlier periods have also found high rates of coverage loss among Latino people.[16] The reasons for this pattern are uncertain but could include higher rates of income volatility or administrative obstacles such as complex renewal policies.[17]

While these data focus on a single-year timeframe, the share of people experiencing coverage loss over multiple years would be even larger. For example, from 2014 to 2016, 43 percent of households with children included at least one person who had no health coverage. In comparison, the one-year rate of households with children that included at least one person with no health coverage was 25 percent.[18]

[1] Gideon Lukens and Breanna Sharer, “Closing Medicaid Coverage Gap Would Help Diverse Group and Narrow Racial Disparities,” Center on Budget and Policy Priorities, June 14, 2021, https://www.cbpp.org/research/health/closing-medicaid-coverage-gap-would-help-diverse-group-and-narrow-racial. Estimates of 2.2 million uninsured adults in the coverage gap are based on 2019 American Community Survey (ACS) data, prior to the COVID-19 pandemic. Accounting for job and income losses during the pandemic, as well as subsequent policy changes, could lead to a different estimate today.

[9] CBPP analysis of MEPS. Low-income, in this case, is defined as total family income less than 200 percent of the federal poverty line. Sample includes low-income, non-elderly adults who are insured at any point during the year.

[10] Sarah Sugar et al., “Medicaid Churning and Continuity of Care: Evidence and Policy Considerations Before and After the COVID-19 Pandemic,” Department of Health and Human Services, Office of the Assistant Secretary for Planning and Evaluation, April 12, 2021, https://aspe.hhs.gov/pdf-report/medicaid-churning.

[14] CBPP analysis of MEPS. Low-income, in this case, is defined as total family income less than 200 percent of the federal poverty line. Sample includes low-income, non-elderly parents who are covered by Medicaid at any point during the year.

[17] A discussion of administrative obstacles can be found in Sugar et al., op. cit. 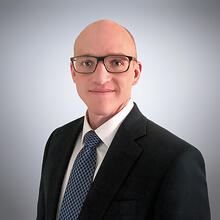