The Supplemental Nutrition Assistance Program (SNAP) has historically been, after Unemployment Insurance, the most responsive federal program during economic downturns, expanding to meet need and then shrinking when the increased need recedes. SNAP was quick to respond after the onset of the Great Recession and reached all-time high enrollment levels. SNAP enrollment has receded in the years since then, with the decline accelerating since 2016. There was, however, a substantial lag between the decline in the unemployment rate and the decline in SNAP enrollment, and enrollment remains well above pre-recession levels nationally. This analysis examines the available evidence about some of the factors that may be contributing to these caseload patterns — including a poverty rate that has lagged post-recession employment gains and a greater share of eligible households enrolling in the program.

SNAP Caseloads Grew During the Recession and Sluggish Recovery, Then Fell Gradually

Enrollment peaked in December 2012. Since then, the number of people participating in SNAP has fallen by more than 8 million SNAP caseloads grew substantially — by about 81 percent — between fiscal years 2007 and 2013, primarily for two reasons. First, many more households qualified due to the steep recession and the subsequent sluggish recovery, with the share of Americans living below 130 percent of the poverty line (the official SNAP income limit) remaining well above the 2007 level for the first five years of the recovery and not falling back to that level until 2016. Second, a significantly larger share of eligible people enrolled.[1] In 2007, some 69 percent of eligible individuals participated; in 2016, the latest year for which participation rate data are available, 85 percent did, according to U.S. Department of Agriculture (USDA) estimates.

Enrollment peaked in December 2012. Since then, the number of people participating in SNAP has fallen by more than 8 million. Figure 1 shows the number of SNAP participants as a share of the U.S. population from 1995 through 2017, as well as the Congressional Budget Office’s (CBO) latest projections (issued in April 2018) for SNAP participation over the coming decade. CBO forecasts that by 2027, the share of the population receiving SNAP will return close to the 2007 level, at about 9 percent of the U.S. population.

In 47 states, the District of Columbia, Guam, and the Virgin Islands, a smaller share of the population participated in SNAP in 2017 than in 2013.[2] (See Figure 2.) In 25 states and the District of Columbia, the decline in SNAP participation over this period exceeded 15 percent; those states and D.C. accounted for more than half of the national SNAP caseload in 2013. In some states, the share of the state population participating in SNAP had fallen, by 2017, to levels approaching those of 2007.

Participation declines have accelerated in recent years. When compared to the previous year, the national caseload fell by about 2 percent in each of 2014 and 2015, by 3.4 percent in 2016, and by 4.7 percent in 2017. Trends from the first half of fiscal year 2018 indicate that caseloads will likely continue to decline in 2018 at rates similar to 2017.[3]

The available evidence provides insights as to why SNAP participation remains well above pre-recession levels nationally. As CBO’s forecast implies, some of these factors have begun to abate in coming years and are expected to continue doing so.

When the economy begins to emerge from downturns, reductions in poverty — and in SNAP participation — virtually always follow, but usually with a significant lag. CBO explained in 2012:

Even as the unemployment rate began to decline from its 1992, 2003, and 2010 peaks, decreases in [SNAP] participation typically lagged improvement in the economy by several years. For example, the number of SNAP participants rose steadily from about 20 million in the fall of 1989 to more than 27 million in April 1994 — nearly two years after the unemployment rate began to fall and a full three years after the official end of the recession in March 1991.[4]

As Figure 4 below shows, there have been pronounced increases both in the number of people eligible for SNAP and in the participation rate among eligible individuals, which rose from 69 percent in 2007 to 85 percent in 2016. These data are from studies conducted for USDA by Mathematica Policy Research.

A number of factors likely contributed to the increase in the participation rate.

In short, SNAP appears to be doing a substantially better job now at reaching groups of eligible households that historically have had low participation rates, particularly households with earnings and the elderly.

California has long had one of the lowest SNAP participation rates in the country, due in part to highly restrictive or burdensome procedures that impeded participation, particularly by working-poor families. In recent years, however, California policymakers have sought to address this performance, and the state instituted a series of reforms that have led to a significant increase in the SNAP participation rate. The slow rate of decline in SNAP participation in California and a few other states with relatively large populations is one reason why the national caseload has not declined more steeply.

State Options Played a Role, But a Modest One That Is Now Receding

Two eligibility changes also contributed to SNAP caseload growth during and following the recession: one temporary (and largely reversed by 2017), the other more permanent but with modest effects on SNAP caseloads.

The first involves SNAP’s three-month time limit on unemployed individuals aged 18-49 who are not raising minor children and don’t have a serious disability. Under a provision enacted in 1996, SNAP limits such individuals to three months of benefits out of every three years, unless they are employed or in a work program for at least 20 hours a week. Someone who searches for a job but can’t find one is still cut off after three months. SNAP data show that the average cash income of the individuals subject to the three-month time limit is just 33 percent of the poverty line. No other means-tested program has a comparable provision.

Because of the severity of this provision, it includes waiver authority. States may secure waivers of the three-month time limit for areas with too much unemployment. The 2009 Recovery Act suspended the three-month limit nationally for 2009 and 2010; when the suspension expired in 2010, most states qualified for and secured waivers of the time limit, as unemployment remained elevated. One study estimated that the application of waivers to more areas during this period accounted for 10 percent of the overall growth in SNAP caseloads between 2007 and 2011.[8] But by 2017, with many fewer areas qualifying for waivers, most of that increase had reversed.

More than 500,000 of these adults lost SNAP in 2016 alone in areas that reinstated the three-month time limit that year. SNAP caseloads fell significantly more in states that began cutting people off SNAP again that year due to re-imposition of the time limit than in other states. By 2017, the three-month time limit was back in effect in most of the country, and caseloads continued to decline. Today, the share of the population living in areas where the time limit is in effect is about the same as it was under the George W. Bush Administration before the Great Recession.

The second eligibility-expansion factor is that since 2007, a number of states have adopted or made greater use of a longstanding SNAP state option that allows them to provide food assistance to households — primarily low-income working families and seniors — that have assets modestly above the federal SNAP asset limits, or have gross income modestly above the program’s 130-percent-of-poverty limit. This provision helps households with modest assets receive assistance; the SNAP asset limit for households without an elderly or disabled member is only $2,250.[9] This provision also enables some working households that have gross income modestly above 130 percent of the poverty line but face high child care or housing expenses to qualify.

This provision helps address the inequity that would otherwise exist between the treatment of the minority of low-income working households that receive federal housing or child care subsidies and those low-income households that do not receive such aid and face large child care or housing cost burdens that consume a sizeable share of their income. (Only about 1 in every 4 low-income households eligible for federal rental assistance — and in recent years only about 1 in 6 eligible for federal child care subsidies — receive them.) This option has been available for almost two decades, and the majority of states have elected to use it.

The effect of this provision on SNAP costs and participation is, however, relatively modest. CBO has estimated that use of this option in all states that have adopted it — not just those that adopted it over the past decade — accounts for about 2 percent of program costs and about 5 percent of SNAP participation.[10] The difference between the 2 percent and 5 percent figures reflects the fact that most households gaining eligibility under this option qualify for significantly smaller-than-average benefits. This is another factor in SNAP caseload growth but not a large one.

[1] All years here are fiscal years, unless otherwise stated.

[2] You can see each state’s participation on an interactive here: https://www.cbpp.org/research/food-assistance/interactive-map-snap-rose-in-states-to-meet-needs-but-participation-has.

[3] For example, average monthly SNAP participation from November 2017 through April 2018 was about 4.3 percent lower than participation in the same months of the previous year. October 2017 was not included because of elevated SNAP participation in some states due to natural disasters. (SNAP caseloads temporarily increased in response to hurricanes in the fall of 2017. SNAP acts as a first responder in the wake of natural disasters, providing food assistance to vulnerable households. Last fall, SNAP helped households affected by Hurricanes Harvey, Maria, and Irma in Texas, Louisiana, Florida, and the U.S. Virgin Islands.) Rhode Island was also excluded from both years due to data reporting issues.

[5] USDA made technical changes in 2010 in the methodology for computing the participation rates, so the pre-recession and 2016 figures aren’t precisely comparable, but the trend is clear.

[7] State participation rates among eligible people are only available through 2015.

Interactive Map: SNAP Rose In States to Meet Needs but Participation Has Fallen as Economy Recovered

SNAP Has Responded to the Economy As Designed

Resources on Trends in SNAP Caseloads 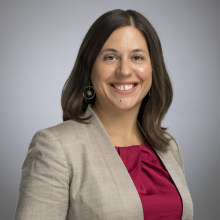