About 4.8 million rural working households claimed the Earned Income Tax Credit (EITC) or the low-income Child Tax Credit (CTC) in 2013, according to CBPP analysis of IRS data compiled by the Brookings Metropolitan Policy Program.  But more than half — 2.6 million — of these families will lose some or all of these tax credits if Congress fails to save key provisions of the EITC and CTC slated to expire at the end of 2017.  (See Table 2 for state-by-state figures.)

About 4.8 million rural working households receive the EITC, the low-income portion of the CTC, or both; Table 1 provides state-by-state estimates.  (See Appendix for methodology.)  These credits, available only to working households, contribute to the economic security of millions of rural families:  they lifted 1.1 million people in rural communities out of poverty and another 2.4 million closer to the poverty line in 2013, the latest year for which data are available.[2]  Nationwide, rural filers are more likely to claim the EITC and low-income CTC than urban filers are.[3]  These tax credits were worth $14.4 billion to rural communities in 2013.[4]

These tax credits for low- and moderate-income working households encourage and reward work.  Also, a growing body of research suggests that children in families receiving income boosts from these tax credits have better health, perform better in school, are likelier to attend college, and can be expected to work and earn more as adults.[5]

2.6 Million Rural Working Families Will Lose Some or All of Their Credits if Lawmakers Fail to Act

Unless Congress acts, key provisions of the EITC and CTC will expire at the end of 2017, eliminating all or part of the EITC, CTC, or both for 2.6 million rural families now earning the credits.  Nationwide, rural EITC and low-income CTC filers are more likely to lose all or part of their tax credits than their urban counterparts are.[6]  The stakes are high in rural areas: 1.6 million people in rural areas will be pushed into, or deeper into, poverty.[7]  If these provisions expire:

Table 2 shows by state how many rural families stand to lose some or all of their EITC or CTC.[8]  (See Appendix for methodology.)

* In these states, fewer than 1,000 rural filers would lose some or all of their EITC or CTC. Source:  CBPP estimates using data from the Treasury Department Office of Tax Analysis (for statewide number of families benefitting from these provisions in 2015); IRS zip-code-level data compiled by the Brookings Metropolitan Policy Program (for location of EITC and CTC filers); American Community Survey person-level data files for 2011 through 2013 (for additional details on rural share of families losing credits).  We used geographic coding data from the Department of Housing and Urban Development and Missouri Census Data Center.  State figures rounded to nearest 1,000; U.S. figure rounded to nearest 100,000.

To estimate the number of rural (that is, non-metropolitan) filers receiving the EITC and/or low-income CTC in each state, we used zip-code-level IRS data compiled by the Brookings Metropolitan Policy Program.  We summed this data into metropolitan and non-metropolitan areas using a Department of Housing and Urban Development list of each zip code’s metropolitan population share as of 2013.

For each state, we started with an estimate of the number of families benefiting from the provisions statewide from the Treasury Department Office of Tax Analysis.[9]

Next, we estimated the share of those filers living in rural areas of the state.  We calculated that rural share in two steps.

First, we calculated the percentage of each state’s total EITC and low-income CTC filers living in rural areas, using zip-code-level IRS data compiled by the Brookings Metropolitan Policy Program.  We summed this data into metropolitan and non-metropolitan areas using a Department of Housing and Urban Development list of each zip code’s metropolitan population share as of 2013.

[3] CBPP estimates that 25 percent of rural filers claim the EITC or low-income CTC, compared with 22 percent of metro filers, based on IRS data compiled by the Brookings Metropolitan Policy Program.  See Appendix for methodology.

[6] CBPP estimates that 54 percent of rural filers claiming the EITC or low-income CTC would lose all or part of their credits, compared with 51 percent of metro filers claiming these credits.  These estimates are based on Treasury estimates, IRS data compiled by the Brookings Metropolitan Policy Program, and CBPP analysis of the American Community Survey.  See Appendix for methodology.

[9] Executive Office of the President and U.S. Treasury Department, “The President’s Plan to Help Middle- Class and Working Families Get Ahead,” April 2015, http://1.usa.gov/1LaH88t. 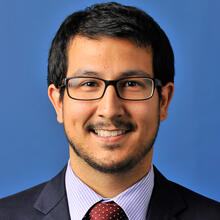