| By Chuck Marr and Stephanie Hingtgen

The Rescue Plan temporarily expanded the Child Tax Credit in three ways. First, it increased the maximum credit from $2,000 per child to $3,600 for children under age 6 and $3,000 for older children. This increase begins phasing out for married couples with incomes above $150,000 and heads of households with incomes above $112,500. Second, it made 17-year-olds eligible for the credit for the first time. Third, it enabled children in families with low or no earnings in the year to receive the full value of the credit for the first time (sometimes called making the credit “fully refundable”), ensuring that the children who need it most — including the 1 million children in these veteran and active-duty families — would benefit.

The expanded Child Tax Credit is now being distributed monthly to families across the country. Because of the expansion, about 2.6 million veteran or active-duty families with 5 million children are either newly eligible for the credit or eligible for a larger credit.

Legislation approved by the House Ways and Means Committee on September 15, part of the “Build Back Better” economic recovery package, would extend the Rescue Plan’s maximum $3,600 per child under age 6 and $3,000 per child ages 6-17 through 2025. Critically, the legislation would also make the “full refundability” feature permanent. This would ensure that the full Child Tax Credit (regardless of the credit’s maximum value in a given year) is not taken away from the 1 million children in military and veteran families with low incomes — or from other children facing difficult economic circumstances.

Consider a recent veteran who works in a warehouse earning $27,000 a year, whose spouse stays home to care for their 5-year-old son and 9-year-old daughter. This family now receives a monthly Child Tax Credit of $550. Under the House bill they would continue to receive this amount through 2025, indexed for inflation. But if Congress fails to act and the Child Tax Credit reverts to its pre-Rescue Plan rules, they would have more than half of their monthly credit taken away, for an annual income loss of $3,600 (also adjusted for inflation).

The tables below provide state-by-state breakdowns of the number of veteran and active-duty families and children who will see their Child Tax Credit decrease if the current expansion is not extended, as well as the number of children in veteran and active-duty families who were denied the full Child Tax Credit before the Rescue Plan because their incomes were too low.

Notes: Figures are rounded to the nearest 1,000 and may not sum to totals due to rounding. Based on economy as of 2016-2018 using tax year 2021 tax rules and incomes adjusted for inflation to 2021 dollars.

Notes: Figures are rounded to the nearest 1,000 and may not sum to total due to rounding. N/A indicates reliable data are not available due to small sample size. Based on economy as of 2016-2018 using tax year 2021 tax rules and incomes adjusted for inflation to 2021 dollars. 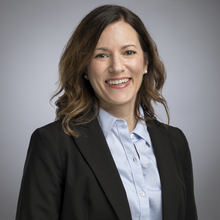