The Trump Administration’s budget plan for fiscal year 2021 mirrors its budgets of the last two years in the massive cuts it proposes for core public services that help struggling households afford the basics and access health care.[1] Although Congress has previously rejected many of these proposals, the budget merits attention, given the Administration’s continued push for these priorities and the scope of the damage that the budget would do — including its $1.6 trillion in cuts over ten years in programs that help people with low or modest incomes meet basic needs.

"The Trump Administration’s budget includes massive cuts for core public services that help struggling households afford the basics and access health care."The President’s budget reflects the direction the Administration wants to take the country through legislative and executive actions. Indeed, while the budget’s call to cut $1 trillion from Medicaid and the Affordable Care Act (ACA) likely won’t be on the congressional agenda this year, the Administration has moved forward with administrative actions that advance some of the same goals on a more limited scale.

Another clear indication of the budget’s priorities is a proposal to extend beyond 2025 the costly 2017 tax cuts, which have given large windfalls to high-income individuals — even as the budget calls for cutting $1.2 trillion over the next decade from mandatory programs such as Medicaid and SNAP (formerly food stamps) that help low- and moderate-income households. And layered on top of these cuts are proposals for at least $360 billion in additional reductions in non-defense discretionary (NDD) programs designed to help low- and moderate-income people make ends meet or to improve their chances to succeed in the economy.

Low-income programs face $1.2 trillion, or 57 percent, of the budget’s proposed $2.2 trillion in ten-year cuts to mandatory programs, despite making up only a quarter of all federal spending on mandatory programs. Medicaid and related programs and SNAP face particularly deep cuts.

Under the budget, by the tenth year, 1 out of every 6 dollars for low-income mandatory programs will have disappeared. Think of this as a one-sixth cut in caseload, a one-sixth cut in per-household benefits, or some combination of the two.

Of the $1.5 trillion in ten-year spending cuts for NDD programs, at least $360 billion, or one-quarter, would come from low-income programs, which constitute a fifth of all NDD program expenditures.[2] The cuts are quite steep; by the tenth year, overall funding for low-income NDD programs will have fallen by two-fifths — and by more if veterans’ medical-care is shielded to some degree and doesn’t suffer budget cuts to the same extent as other NDD programs. (See box.)

Combining mandatory and NDD programs, the budget would cut $3.7 trillion over ten years, of which $1.6 trillion — or 44 percent — would come from low-income programs. This is well above the 24 percent of the budget that low-income spending constitutes under current law and policies. (See Table 1.)

Note: The cuts are measured relative to the Office of Management and Budget’s baseline projection, which is based on current law for mandatory programs and on inflation-adjusted 2020 funding levels for NDD programs. SSI = Supplemental Security Income. TANF = Temporary Assistance for Needy Families. SSBG = Social Services Block Grant.

The longstanding commitment to funding important medical services for veterans would almost certainly cause even deeper cuts to other NDD programs than the cuts we estimate here. Policymakers surely wouldn’t apply the squeeze on NDD programs proportionally. History makes this clear: for example, while total NDD funding is basically the same in 2020 as it was in 2010, after accounting for inflation, veterans’ medical care increased by 48 percent over that period while the rest of NDD declined.

Suppose, then, that veterans’ medical care grows from its proposed 2021 level by 6 percent per year, its previous annual average growth rate. In that case, all other NDD programs, including the low-income ones, would shrink more rapidly than we assume: the low-income NDD expenditure cuts wouldn’t be $360 billion over ten years but $420 billion. By the tenth year, low-income NDD funding would fall not by two-fifths, but by half.

The budget also envisions ever-deeper cuts in years after 2021, with the overall cut in NDD funding reaching 38 percent in inflation-adjusted terms by 2030. Measured relative to the size of the economy as projected by the Administration, NDD spending in 2030 will have fallen to a level well below the lowest on record back to 1962 — and likely back to the late 1920s, we estimate. Indeed, over the ten-year period covered by the budget, NDD spending would be cut by $1.5 trillion relative to the Office of Management and Budget’s “baseline,” essentially its inflation-adjusted 2020 level. And at least $360 billion of those cuts would come from low-income programs funded through annual appropriations, with deep cuts or outright eliminations proposed for the Low Income Home Energy Assistance Program (LIHEAP); the Jobs Corps; higher education for disadvantaged students;[4] community service employment; the Legal Services Corporation; and assisted housing programs (discussed below).

In addition to harsh NDD cuts, the budget would cut $1.2 trillion over the next decade from programs such as Medicaid, SNAP, and Supplemental Security Income (SSI).

Below we discuss cuts to key programs — both mandatory and discretionary — that would make it harder for low- and moderate-income families to access health care, buy nutritious food, have stable housing, or provide for their children’s needs. The Trump budget would:

The total Medicaid and ACA cuts would grow rapidly over time, to about $165 billion annually by 2030. (See Figure 1.) By 2030, the annual cuts to Medicaid and the ACA would be almost as large as the cuts that would result from simply eliminating the ACA’s Medicaid expansion and its premium tax credits that help people afford health insurance, as a lawsuit challenging the ACA that the Administration supports would do. Eliminating those programs would cause approximately 20 million people to lose coverage.

As noted, the budget would cut NDD spending by $1.455 trillion over ten years. But of that cut, a large share is unspecified; the budget counts the full $1.455 trillion in spending cuts in reaching its bottom-line levels of spending, deficits, and debt — but assigns only 56 percent of the cuts to specific programs or agencies.

The budget assumes that funding for almost every NDD program will be frozen in nominal terms after 2021. The specific cuts in 2021 plus the freeze in all subsequent years together would reduce NDD spending by $818 billion over ten years. In addition, the budget assumes unspecified NDD cuts starting in 2022. These unspecified cuts would reduce NDD spending a further $637 billion through 2030, producing the budget’s ten-year total cut of $1.455 trillion. In our calculations, we assume that these unspecified NDD cuts would be spread across all NDD programs in proportion to the funding that remains in those programs after the specified cuts were made.

We do not show as cuts or increases a proposal that has no effect on government levels of personnel, pay, benefits, or services, but for technical reasons appears to cut discretionary spending and increase mandatory spending.

The budget proposes to increase the contributions made by civil servants (which is technically considered a tax increase). It also proposes that their employing agencies pay less into the trust fund. A technical accounting issue arises because the proposed reduction in agency payments is, by convention, treated as a reduction in discretionary spending, but the corresponding dollar-for-dollar reduction in offsetting receipts by the trust fund is, by convention, treated as an increase in mandatory spending.

[3] For background on NDD programs, see CBPP, “Policy Basics: Non-Defense Discretionary Programs,” updated August 12, 2019, https://www.cbpp.org/research/federal-budget/policy-basics-non-defense-discretionary-programs. These programs are called “discretionary” because policymakers have the legal discretion to decide their funding levels each year through the appropriations process.

[4] The budget would replace many programs and activities designed to assist disadvantaged students and the colleges that serve them with a block grant to states, funded at a level one-third the size of the programs it would replace.

[11] The budget also proposes an Opportunity and Economic Mobility Demonstration, which would provide $500 million over five years for five to seven states to experiment with merging funding streams for multiple programs, including SNAP, the Child Care Development Fund, Housing Choice Vouchers, Workforce Innovation and Opportunity Act programs, and TANF. Under this initiative, states would be permitted to weaken federal policies and protections that Congress has established for low-income programs.

[14] Elizabeth McNichol, “Out of Balance: Cuts in Services Have Been States’ Primary Response to Budget Gaps, Harming the Nation’s Economy,” CBPP, April 18, 2012, https://www.cbpp.org/research/out-of-balance. 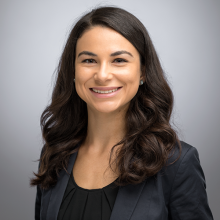