Many states have started to restore higher education funding that they cut in recent years, but their support remains well below pre-recession levels, our new report shows.  Those cuts have led public colleges to cut their own budgets and raise tuition, the latter of which is straining college affordability ― especially for low- and middle-income students.

After adjusting for inflation, we found that: 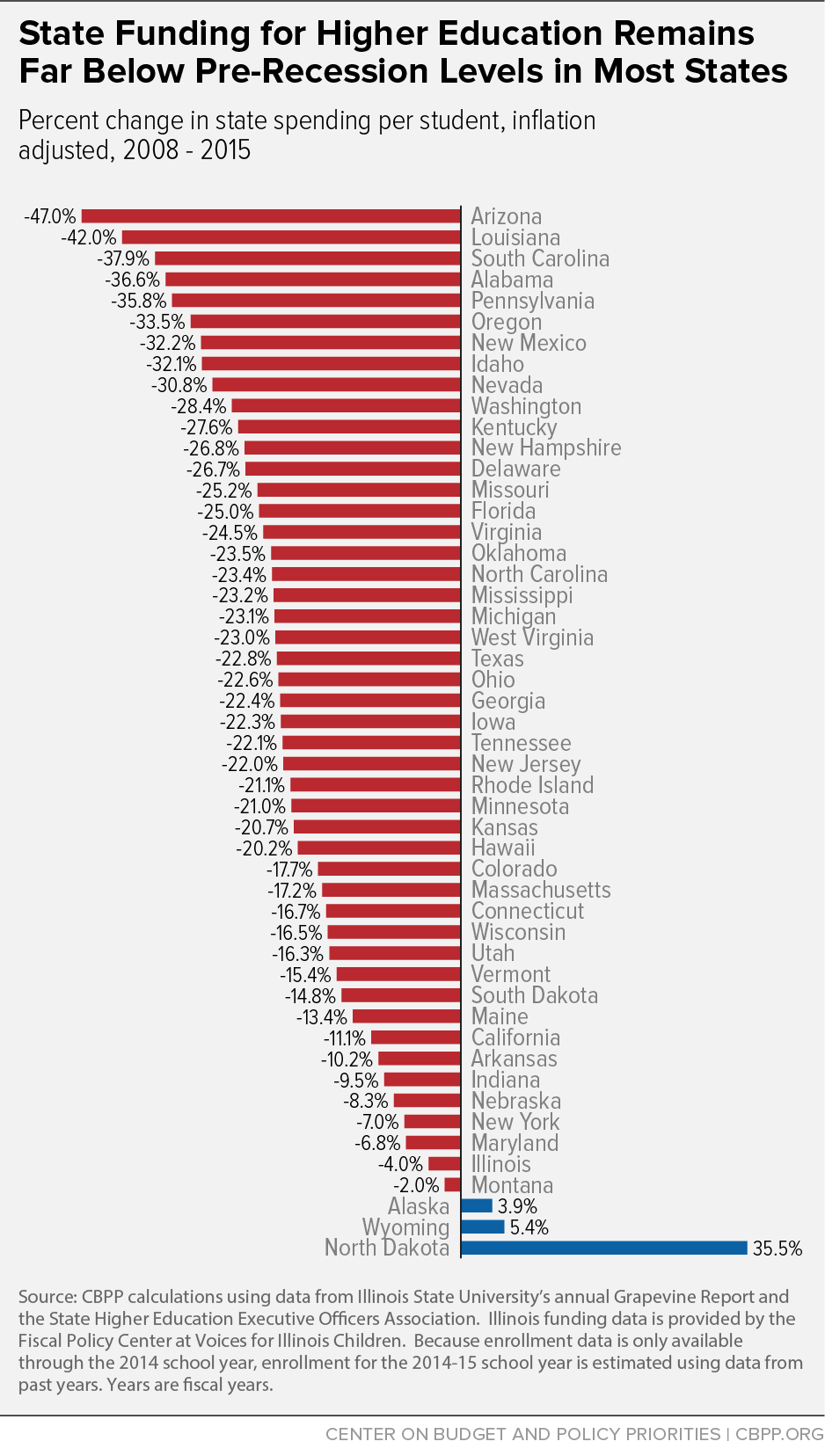 To make up for this declining state investment, public colleges and universities across the country have hiked tuition.  Annual published tuition at four-year public colleges has risen by $2,068, or 29 percent, since the 2007-08 school year.  These sharp increases in tuition have accelerated longer-term trends that have made college less affordable and shifted costs from states to students and their families.  The higher sticker prices are likely deterring low-income students, in particular, from enrolling.

A large and growing share of future jobs will require college-educated workers.  Sufficient funding for higher education to keep tuition affordable and quality high at public colleges and universities, and to provide financial aid to those students who need it most, would help states develop the skilled and diverse workforce they will need to compete for these jobs.

We’ll take a closer look at these trends in future posts.

March 6, 2015
PreviousEmergency Room Use After Health Reform: The Full Story
NextMore Kansas Republicans Acknowledging Harsh Tax-Cut Reality
Stay up to date
Receive the latest news and reports from the Center