Social Security faces a significant — though manageable — long-term funding shortfall.  If policymakers address it by reducing benefits, those cuts must be limited and carefully targeted to avoid causing significant hardship.  And they’d almost certainly be phased in slowly, which means they could not produce significant savings for many years.  Instead, policymakers should close the shortfall mainly by raising Social Security’s tax revenues. 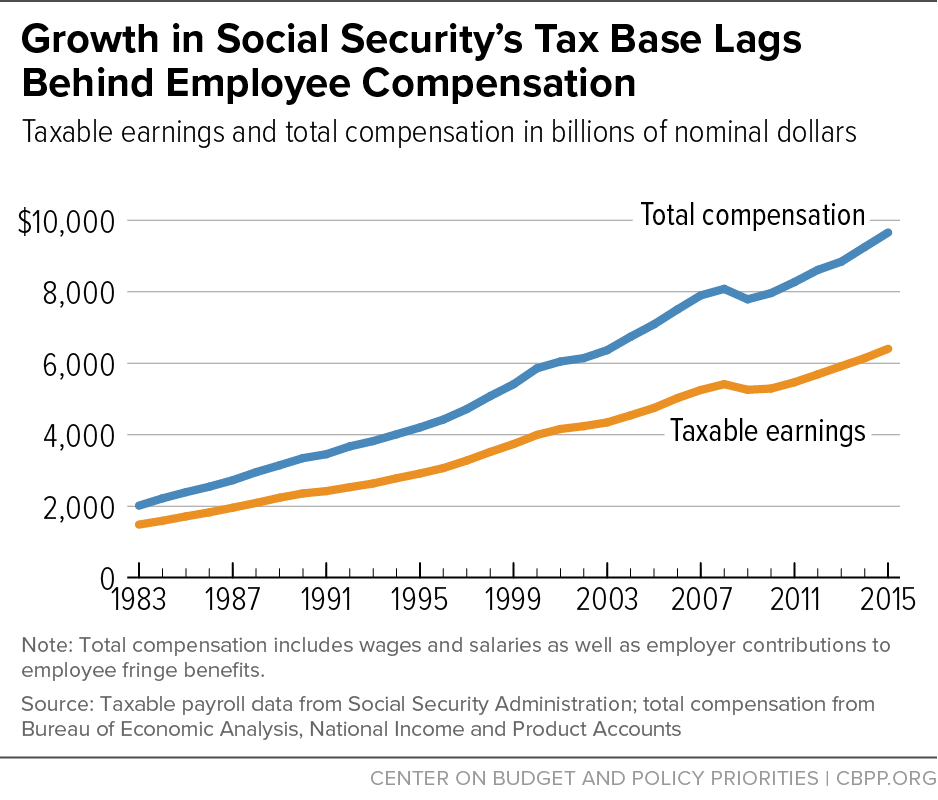 Increased inequality drives this trend.  As the earnings of the top 1 percent — and especially the top 0.1 percent — have grown rapidly over the past several decades, a greater share of earnings have risen above Social Security’s tax cap.

What the 2016 Trustees’ Report Shows About Social Security

October 25, 2022
PreviousIRS Doing Its Job to Inform Public About Insurance Options
NextHelping Puerto Rico
Stay up to date
Receive the latest news and reports from the Center