Ahead of today’s House subcommittee hearing on bills to “reverse ACA sabotage and ensure pre-existing conditions protections,” here are our recent pieces on some of the major issues involved.

For more information, see our Sabotage Watch timeline of Administration actions that would sabotage the ACA and recent testimony from CBPP Vice President for Health Policy Aviva Aron-Dine on the impact of Administration policies affecting the ACA. The table below, from her testimony, shows how with a legislative repeal of the ACA off the table for now, the Administration has continued to pursue some of the major policy objectives of the repeal bills that Congress rejected in 2017 through rulemaking and other administrative actions. 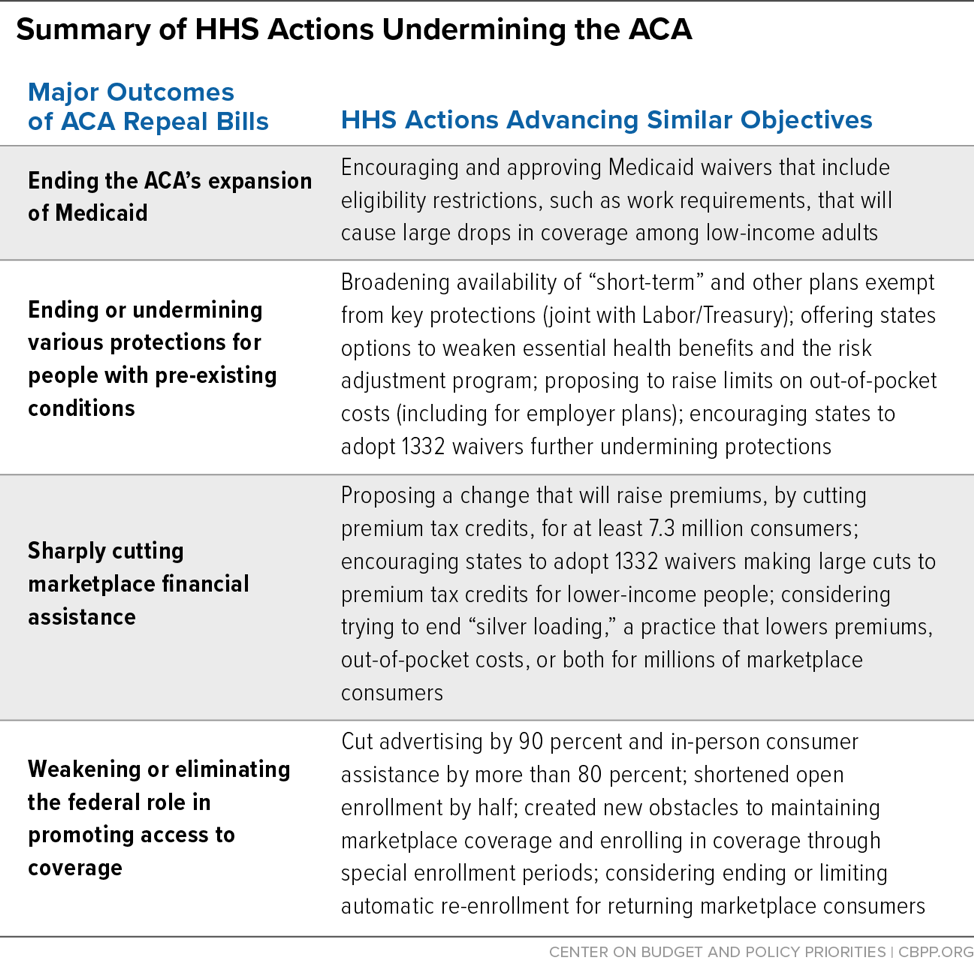