The House, which last week voted to block Trump Administration guidance weakening standards for state Affordable Care Act (ACA) waivers, is expected to vote today on a bill reversing the Administration’s expansions of substandard health plans and cuts to outreach and enrollment assistance. Here are our recent pieces on some of the major issues involved.

For more information, see our Sabotage Watch timeline of Administration actions that would sabotage the ACA. The table below shows how with a legislative repeal of the ACA off the table for now, the Administration has continued to pursue some of the major policy objectives of the repeal bills that Congress rejected in 2017 through rulemaking and other administrative actions. 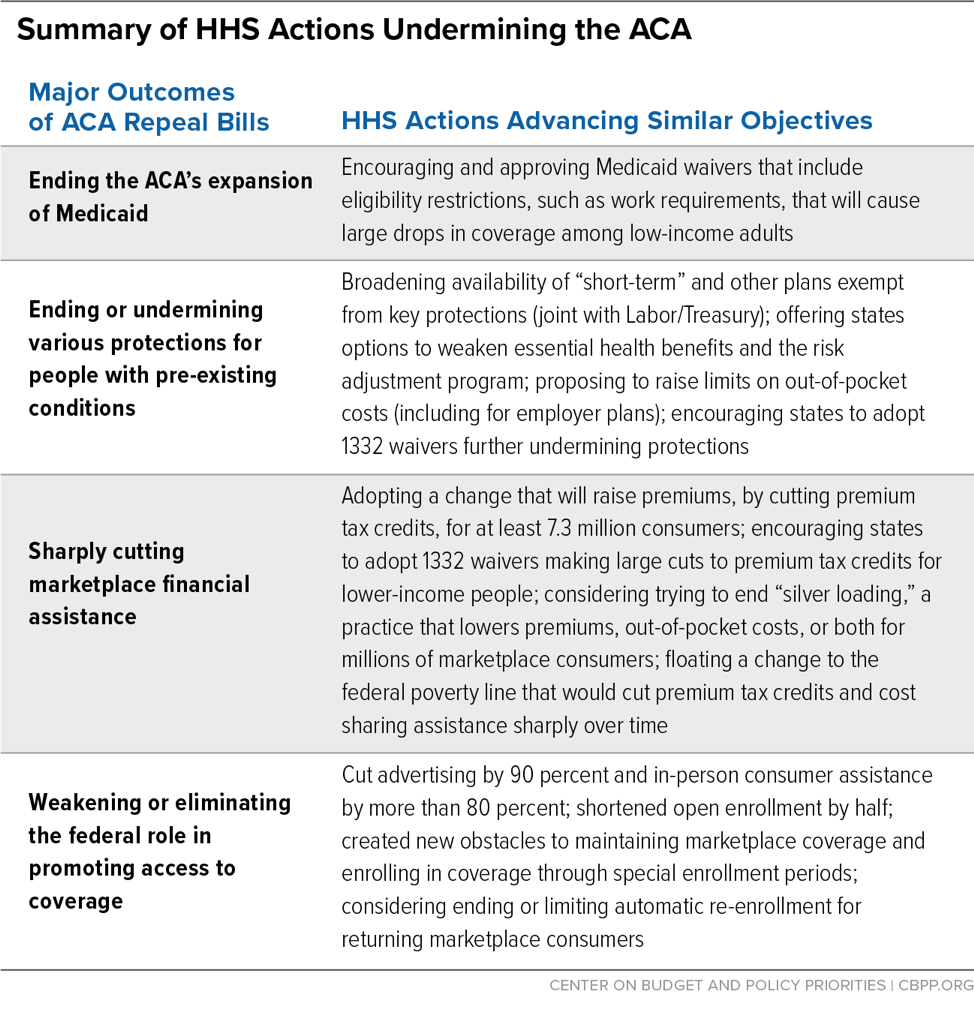