The House Republican “2.0” tax plan contains new provisions that are supposedly aimed at promoting savings, the most troubling of which is a proposal to introduce “Universal Savings Accounts” (USAs). A USA is a new type of tax-preferred account that’s similar to a Roth Individual Retirement Account (Roth IRA) but would have no income limits for participation and would let an individual withdraw funds before retirement. As we’ve written, the USA is fundamentally flawed: it would do little to boost private savings, drain federal revenues, and overwhelmingly benefit the nation’s wealthiest households.

The USA proposal would come along with the centerpiece of the House 2.0 plan, which is its permanent extension of the 2017 tax law’s individual provisions that are slated to expire after 2025. As we’ve explained, that extension would be fiscally irresponsible and would favor the wealthiest Americans.

As for USAs, they would: 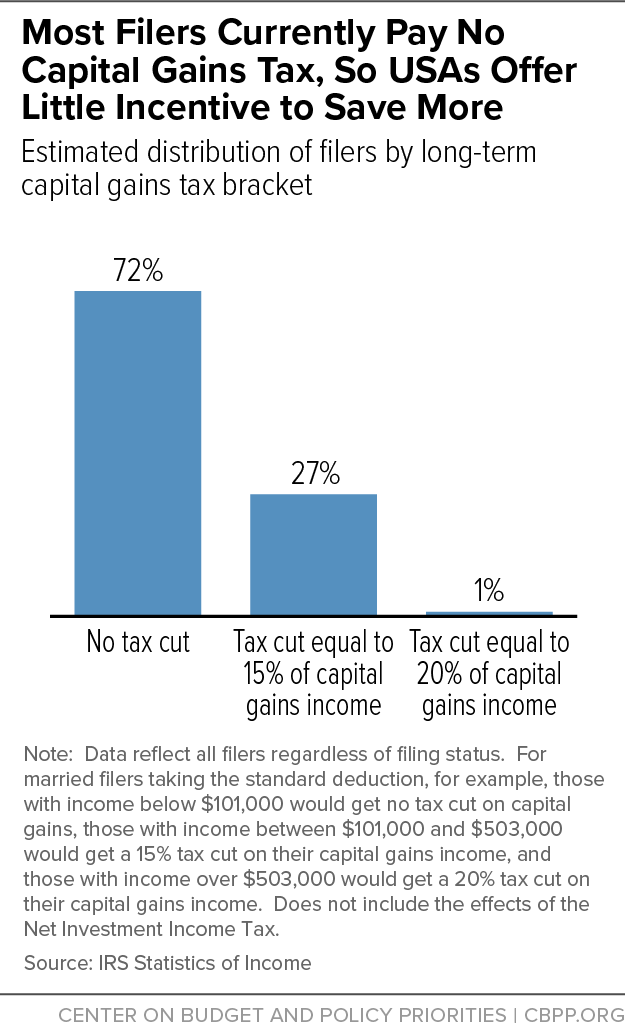 August 14, 2018
Stay up to date
Receive the latest news and reports from the Center