Higher Ed Funding Down in Nearly Every State Over Past Decade

Overall state funding for public two- and four-year colleges in the 2017 school year (that is, the school year ending in 2017) was nearly $9 billion below its 2008 level, after adjusting for inflation. The funding decline has contributed to higher tuition and reduced quality on campuses as colleges have had to balance budgets by reducing faculty, limiting course offerings, and in some cases closing campuses. At a time when the benefit of a college education has never been greater, state policymakers have made college less affordable and less accessible to the students most in need.

After adjusting for inflation:

As states have slashed higher education funding, the price of attending public colleges has risen significantly faster than what families can afford. For the average student at a four-year public college, increases in federal student aid and the availability of tax credits have not kept up, jeopardizing the ability of many to afford the college education that is key to their long-term financial success.

With many states facing revenue shortfalls this fiscal year — or having dealt with them in the past fiscal year — state lawmakers must renew their commitment to high-quality, affordable public higher education by increasing the revenue these schools receive. By doing so, they can help build a stronger middle class and develop the entrepreneurs and skilled workers needed for a strong state economy. 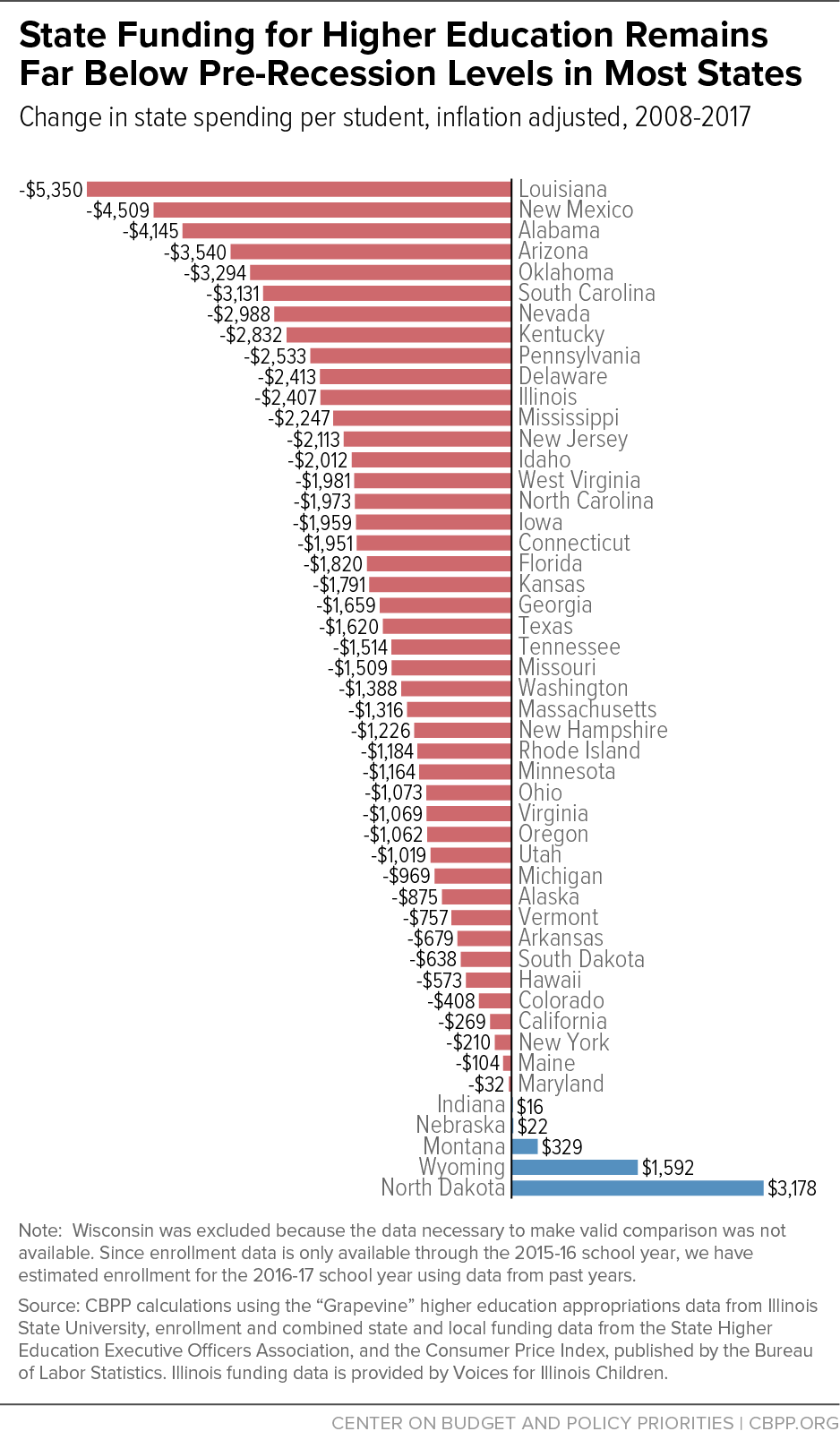 After Nearly a Decade, School Investments Still Way Down in Some States

June 13, 2017
PreviousSNAP Caseloads, and Costs, Still Falling
NextDecline in Labor-Force Participation Not Due to Disability Programs
Stay up to date
Receive the latest news and reports from the Center