After Nearly a Decade, School Investments Still Way Down in Some States

At least 23 states will provide less “general” or “formula” funding — the primary form of state support for elementary and secondary schools — in the current school year (2017) than when the Great Recession took hold in 2008, our survey of state budget documents finds.  Eight states have cut general funding per student by about 10 percent or more over this period.  Five of those eight — Arizona, Kansas, North Carolina, Oklahoma, and Wisconsin — enacted income tax rate cuts costing tens or hundreds of millions of dollars each year rather than restore education funding.

Most states raised general funding per student this year, but 19 states imposed new cuts, even as the national economy continues to improve.  Some of these states, including Oklahoma, Kansas, and North Carolina, already were among the deepest-cutting states since the recession hit.

Our country’s future depends heavily on the quality of its schools.  Increasing financial support can help K-12 schools implement proven reforms such as hiring and retaining excellent teachers, reducing class sizes, and expanding the availability of high-quality early education.  So it’s problematic that so many states have headed in the opposite direction over the last decade.  These cuts risk undermining schools’ capacity to develop the intelligence and creativity of the next generation of workers and entrepreneurs.

Our survey, the most up-to-date data available on state and local funding for schools, also indicates that, after adjusting for inflation:

States cut K-12 funding — and a range of other areas, including higher education, health care, and human services — as a result of the 2007-09 recession, which sharply reduced state revenue.  Emergency fiscal aid from the federal government prevented even deeper cuts but ran out before the economy recovered, and states chose to address their budget shortfalls disproportionately through spending cuts rather than a more balanced mix of service cuts and revenue increases.  Some states have worsened their revenue shortfalls by cutting taxes.

These trends are very concerning to the country’s future prospects.  The health of the nation’s economy and our quality of life will depend crucially on the creativity and intellectual capacity of our people.  If we neglect our schools, we diminish our future.

K-12 schools in every state rely heavily on state aid.  On average, 47 percent of school revenues in the United States come from state funds.  Local governments provide another 45 percent; the rest comes from the federal government.  (See Figure 2.)

States typically distribute most of their funding through a formula that allocates money to school districts.  Each state uses its own formula.  Many states, for instance, target at least some funds to districts with greater student need (e.g., more students from low-income families) and less ability to raise funds from property taxes and other local revenues.  However, typically this targeting doesn’t fully equalize educational spending across wealthy and poor school districts.[4]

In addition to this “general” or “formula” funding, states typically provide revenue for other, more specific purposes, such as bus transportation, contributions to school employee pension plans, and teacher training.  States vary in what they include in their general funding formula and what they fund outside the formula.

When the Great Recession hit, however, property values fell sharply, making it hard for school districts to raise local property taxes — schools’ primary local funding source — without raising rates, which is politically challenging even in good times.  Raising rates was particularly difficult in the midst of a severe recession with steep declines in housing values in many areas.

As a result, local funding for schools fell after the recession took hold, worsening the even steeper fall in state funding.  Local funding still hadn’t recovered in 2014, leaving total state and local K-12 funding per student still well below pre-recession levels as of the 2014 school year — the latest year for which these data are available in most states.  This survey (with data from 48 states[5]) finds that, after adjusting for inflation:

Data on total state and local school funding aren’t yet available for the current (2017) school year in most states.  However, in 47 states the necessary data are available to compare general formula funding ― the primary state funding source for schools ― this year with funding before the recession took hold.[6]

States made widespread and deep cuts to education formula funding when the recession hit, and close to half of the states still haven’t fully restored the cuts nearly nine years later.  (See Figure 4.)  This survey finds that, after adjusting for inflation:

Most states raised per-pupil general formula funding in the last year (see Figure 5), but in most cases those increases weren’t enough to offset earlier cuts.

States’ large K-12 cuts reflect a combination of outside factors, such as weak revenues and rising costs, and state policy choices, such as relying on spending cuts to close budget shortfalls and enacting recent tax cuts.

Local school districts typically struggle to make up for major state funding cuts on their own, so the cuts have led to job losses, deepening the recession and slowing the economy’s recovery.  They also impede important state education reform initiatives at a time when producing workers with high-level technical and analytical skills is increasingly important to the country’s prosperity.

A recent study on the impact of school financing reforms beginning in the 1970s highlighted the importance of adequate funding for children’s — especially low-income children’s — success in school and later in the workplace.  Examining data on more than 15,000 children born between 1955 and 1985, it found that poor children whose schools were estimated to receive a 10 percent increase in per-pupil spending (adjusted for inflation) before they began public school, and to maintain that increase over their 12 years of school, were 10 percentage points more likely to complete high school than other poor children.  They also had 10 percent higher earnings as adults and were 6 percentage points less likely as adults to be poor.[10]

Property values fell sharply after the recession hit, making it difficult for local school districts to raise significant additional revenue through the property tax to make up for state funding cuts.  Property values have since improved, but most states’ property tax revenues don’t yet fully reflect the increase.  (There’s generally a significant time lag between when home prices rise and when property tax assessments register the increase.)[11]  Local school districts can seek to raise property tax rates, but those increases are usually politically difficult and sometimes legally restricted.

For these reasons, property tax revenue growth nationwide has been modest since the recession hit.  While revenue initially surged as property taxes caught up with the rapid growth in home prices associated with the pre-recession housing bubble, they fell sharply once home prices plummeted, and since then have risen only slowly.  The overall result: since the recession hit at the end of 2007, revenue growth nationally has averaged only about 1.6 percent above inflation annually ― far from enough to make up for declining state support and rising student enrollment.[12]

Beyond raising local revenues, school districts have few options for preserving investments in education.  Some localities could divert funds from other services to shore up school budgets, but this could impair other critical services, like police and fire protection.

Capital Spending to Build and Renovate Schools Also Down

States and localities use capital spending to build new schools, renovate and expand facilities, and equip schools with more modern technologies.  In most states capital spending fell sharply after the recession hit, as did the non-capital school funding discussed in this paper.

Elementary and high schools nationally cut capital spending by $28 billion or 37 percent between fiscal years 2008 and 2014 (the latest year available), after adjusting for inflation.  (See Figure 8.)

Many states have undertaken education reforms (often with federal encouragement), such as supporting professional development to improve teacher quality, improving interventions for young children to heighten school readiness, and turning around the lowest-achieving schools.  Deep cuts in state K-12 spending can undermine those reforms by limiting the funds generally available to improve schools and by terminating or undercutting specific reform initiatives.  Reforms endangered by funding cuts include:

Cuts Have Slowed the Economy and Can Inhibit Long-Term Growth

State K-12 cuts have slowed the economic recovery by reducing overall economic activity since the recession officially ended in mid-2009.  They forced school districts to lay off teachers and other employees, reduce pay for the remaining workers, and cancel contracts with suppliers and other businesses.  These steps remove consumer demand from the economy, which in turn discourages businesses from making new investments and hiring.

Federal employment data show that school districts began cutting teachers and other employees in mid-2008, when the first round of budget cuts began taking effect.  By 2012, local school districts had cut about 351,000 jobs.  They’ve since added back some of the jobs but still are down 221,000 jobs compared with 2008.[22]  (See Figure 9.)

In addition, education spending cuts have cost an unknown but likely significant number of private-sector jobs as school districts canceled or scaled back purchases and contracts (for instance, buying fewer textbooks).  These job losses shrink the purchasing power of workers’ families, which in turn affects local businesses and slows recovery.

In the long term, the budgetary savings from recent K-12 funding cuts may cost states much more in diminished economic growth.  To prosper, businesses require a well-educated workforce.  Deep education funding cuts weaken that future workforce by diminishing the quality of elementary and high schools.  At a time when the nation is trying to produce workers with the skills to master new technologies and adapt to the complexities of a global economy, large cuts in funding for basic education undermine a crucial building block for future prosperity.

The data on state and local K-12 funding in this paper come from a review of state budget documents CBPP conducted in the summer of 2016.  An education funding expert in each state, often a budget expert with the state’s education department, reviewed our figures and edited them when necessary.

When possible, the enrollment figures used to calculate general formula funding were collected directly from state agencies.  The general education funding totals reflect the funding distributed through states’ major education funding formulas.  The figures do not include local property tax revenue or any other source of local funding.  Figures for the current fiscal year are based on the amounts states budgeted for the 2016-17 fiscal year when they wrote their budgets earlier this year.   Additional adjustments were made to reflect the following state-specific policies or data limitations:

Finally, we were unable to find the necessary data on general education funding for some states:

[5] Hawaii and Indiana are excluded.  Hawaii does not distinguish between state and local funding, as it contains just one school district.  Indiana shifted a large share of school funding in 2009 from local governments to the state; that shift is the primary reason why it’s not possible to accurately compare state funding in 2008 to funding in recent years.

[6] Hawaii and Wyoming were omitted due to insufficient data.  Indiana was excluded because changes in its education formulas between fiscal years 2008 and 2016 prevent meaningful comparisons across years.

[7] CBPP calculations based on our survey of state budget documents, in-state experts, and other materials.  See Elizabeth McNichol, “Out of Balance:  Cuts in Services Have Been States’ Primary Response to Budget Gaps, Harming the Nation’s Economy,” Center on Budget and Policy Priorities, April 18, 2012, https://www.cbpp.org/research/out-of-balance.

[8] CBPP analysis of data from the Office of Management and Budget.  These cuts include the automatic, across-the-board cuts known as sequestration, as well as other cuts also resulting from the 2011 Budget Control Act.

[12] CBPP analysis of data from the U.S. Census Bureau’s Quarterly Summary of State and Local Taxes, extracted on August 15, 2016.

Funding Down, Tuition Up 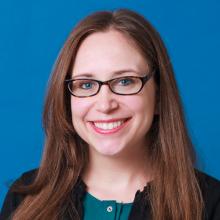