June 2019 is the 120th month since the Great Recession ended in June of 2009, tying this expansion for the longest on record with the expansion of 1991 to 2001 (see chart). This expansion will become the longest on record next month — barring an extremely unlikely collapse in economic activity that would prompt the National Bureau of Economic Research, the recognized arbiter of business-cycle dating, to later determine that a recession began in June or July. 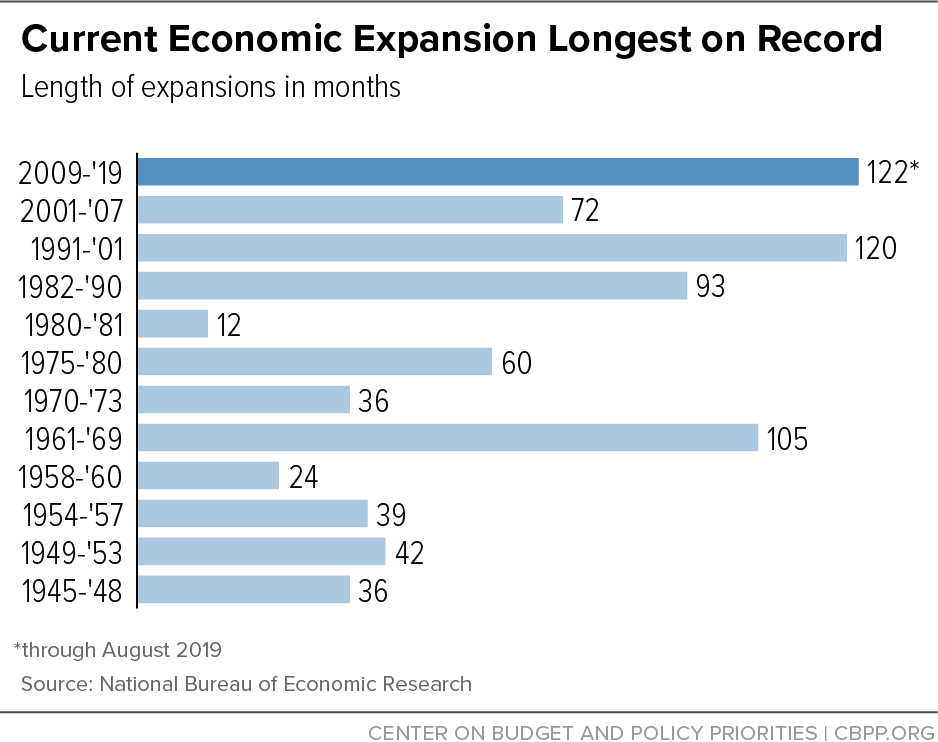 The new chart book tracks the current economic expansion and the economy’s evolution since President Trump took office in January of 2017, both in terms of how the expansion compares with other expansions of the past several decades and how recent economic performance compares with Trump’s claims of what his policies will accomplish.

The new chart book will include versions of familiar charts from the now-retired one, with monthly updates of economic growth and labor market statistics in the first section on recovery and expansion after the Great Recession, such as this:

It will also include new sections on:

The new chart book will get its first update with tomorrow’s jobs report.