House Speaker Paul Ryan says he can’t yet provide details on how a Republican tax-cut bill would affect middle-class and wealthy households.  When, in a CBS “60 Minutes” interview last night, Scott Pelley asked about the dollar amount of the middle-class tax cut, Ryan replied:  “When I have a bill, I’ll tell you the number.”

But Speaker Ryan and his House Republican colleagues already have proposed the “Better Way” tax plan, and the Tax Policy Center (TPC) has shown that it would provide huge tax cuts for those at the top while largely ignoring the middle class (see graph).  The tax plan that President-elect Trump released during his campaign is also heavily skewed toward the top.

The House GOP plan would give families in the middle fifth of the income scale an average tax cut of just $60 when it’s fully phased in in 2025, TPC found, raising their after-tax incomes by 0.1 percent.  Moreover, middle-income households would almost certainly end up worse off once you factor in the program cuts needed to offset the plan’s roughly $3 trillion cost:  they would lose more from programs on which they rely than they’d gain from their small tax cuts. 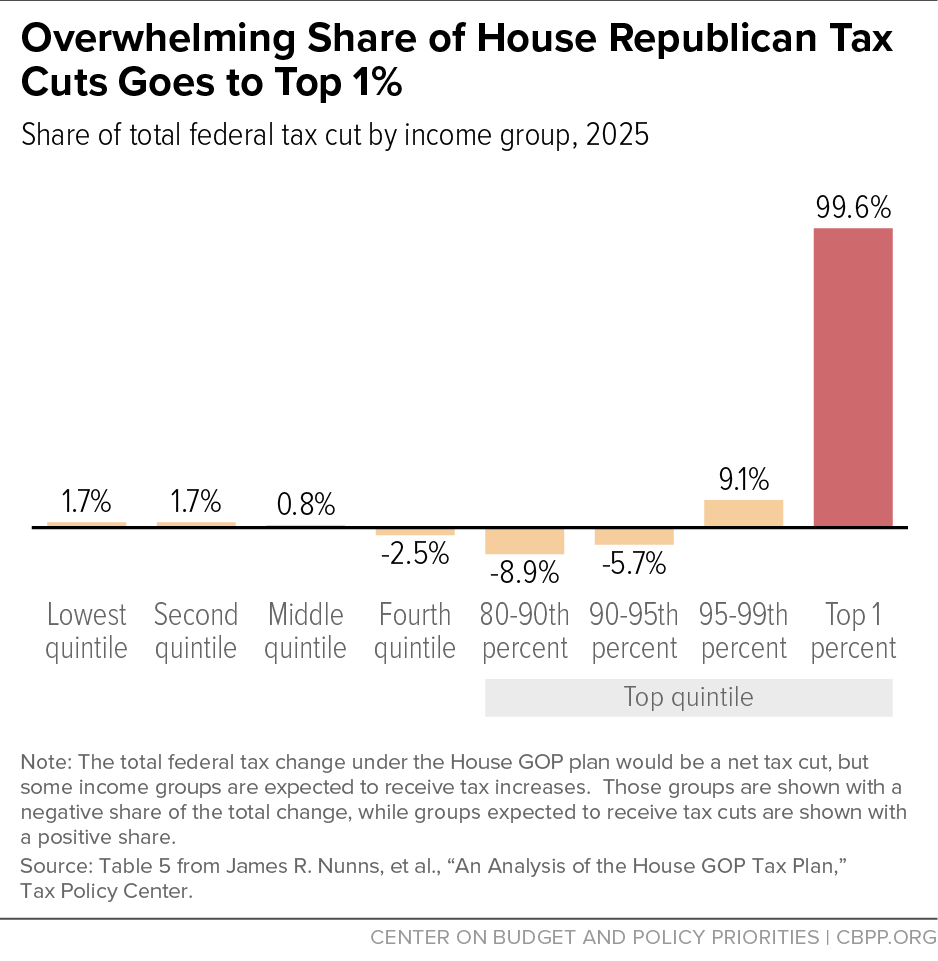 House GOP Framework Would Give Millionaires $2.6 Trillion in Tax Cuts, While Cutting Programs for Low- and Moderate-Income People by $3.7 Trillion

September 15, 2016
PreviousIn Case You Missed It . . .
NextTo Repeat: Medicare Isn’t Going “Bankrupt”
Stay up to date
Receive the latest news and reports from the Center