States Still Have Time to Support the 2020 Census

The federal government is responsible for conducting a fair and accurate census every ten years, but that’s in jeopardy for 2020. Years of inadequate and delayed federal funding and the Trump Administration’s failed efforts to add an untested citizenship question to the form threaten to reduce participation. Therefore, states should take steps now to help ensure a full and accurate census count.

States have much at stake in a 2020 census count, including fair representation in Congress and substantial federal funding. House seats are apportioned based on population and, in 2016, the federal government distributed over $900 billion to states and the District of Columbia through 325 census-guided programs and projects including Medicaid, highway planning and construction, child care assistance, and foster care.

States can help ensure a complete census count by allocating funds to supplement the federal government’s efforts and forming “complete count commissions” dedicated to ensuring that everyone living within their borders is counted.

Many Communities at Risk of Not Being Fully Counted

Many communities and population groups are at risk of not being fully counted, including:

People in these communities face significant barriers to census participation for various reasons, including geographic isolation, limited language assistance, limited internet access, housing instability, and anti-immigrant rhetoric by officials that could prompt some immigrants to fear participating in the count.

Such an undercount could further reinforce barriers to opportunity by denying communities accurate state and federal political representation that’s determined by population numbers; local, state, and federal funds that they might otherwise receive; and private-sector investments, such as jobs and stores, that companies make using census data.

2020 Census Has Been Underfunded; Blocked Citizenship Question Could Chill Participation

Underfunding and funding delays during key planning and preparation years forced the Census Bureau to cancel key tests and have left it struggling to catch up in the pivotal years before 2020. Additionally, the Administration’s attempts to add an untested citizenship question on the census form disrupted Bureau planning. The Supreme Court rejected the Administration’s rationale for adding the question in June 2019, and the Administration has ceased pursuing the addition. Although the efforts to add the question failed, publicity around them may nevertheless make immigrants more fearful of responding to the census.

States Can Act to Fully and Accurately Count All Communities

Given these challenges to an accurate census, states should: 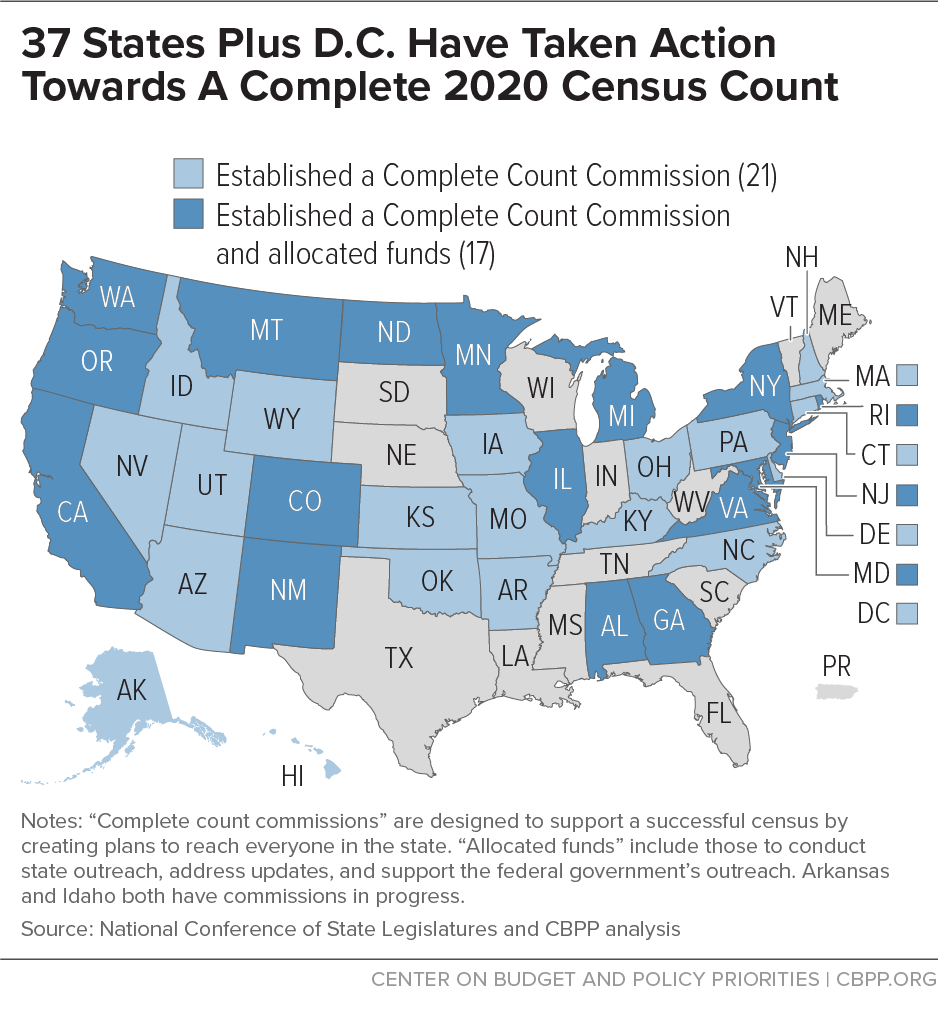 Topics:
State Budget and Tax, Immigration
Stay up to date
Receive the latest news and reports from the Center