Failure to Suspend or Raise Debt Limit Would Hurt States

State policymakers should be deeply concerned that Congress might act irresponsibly and fail to suspend or raise the debt limit — the maximum amount of money the federal government may legally borrow. If that happens, the federal government will need to impose massive reductions totaling roughly $1.2 trillion in the federal fiscal year that begins October 1, and likely will severely cut federal aid to states for schools, health care, and other services, which accounts for nearly a third of state spending nationally. The federal reductions also would likely drive the economy into recession, forcing down state revenues even as states struggle to address the COVID-19 crisis. A sharp fall in the stock market could do additional damage, causing the value of state pension funds and other investments to plummet. The economies of states, localities, and U.S. territories with large military installations and other federal operations would be hurt especially badly, as would tribal governments already reeling from the pandemic and its related effects.

“State policymakers should be deeply concerned that Congress might act irresponsibly and fail to suspend or raise the debt limit — the maximum amount of money the federal government may legally borrow.”Federal borrowing has already reached the debt limit and existing spending obligations continue to exceed ongoing revenue. The Treasury Department estimates that cash balances and other available funds will be exhausted by October 18. If Congress fails to address the debt limit before that happens, the Treasury Department will be forced to limit cash outlays, and the United States will — for the first time in its history — be unable to pay all of its bills, badly damaging its long-standing reputation as an extremely safe investment and forcing the federal government to scale back its spending regardless of the consequences.

Default Likely in October Unless Congress Suspends or Raises Limit

Congress established the debt limit, which sets the maximum amount the federal government may legally borrow, in the early 1900s and has raised or suspended it many times since then, with the support of both major political parties.[1] Most recently, in 2019 Congress — on a bipartisan basis — suspended the debt limit for two years.

When that suspension expired, the debt limit was reinstated on August 1, 2021, at the current level of borrowing.[2] Since then, the federal government has paid its obligations using cash on hand and certain extraordinary measures, such as not investing some retirement funds.

Because the federal government’s precise cash flow is subject to variability, it is impossible to predict exactly when these extraordinary measures and cash on hand won’t be enough to cover obligations. Treasury Secretary Janet Yellen informed Congress on September 28 that Treasury estimates this will happen by October 18.[3]

Aid to States for Schools, Health Care, Other Services Likely Would Face Cuts

If the debt ceiling is not suspended or raised in time, the federal government will have to reduce or delay some payments it is legally required to make.[4] Payments that help states provide health care, education, and other services would likely be among those reduced or delayed. Although some have suggested that the Treasury could prioritize certain payments and delay others further, the Treasury has consistently stated that its payment systems cannot prioritize payments in that manner.

The magnitude of the cuts required would be stunning. The Congressional Budget Office estimates that in fiscal year 2022 (which begins October 1), federal spending obligations will exceed federal revenue by approximately $1.2 trillion under current law.[5] That is, without a debt limit suspension or increase, the federal government would be unable to meet $1.2 trillion in obligations. Reducing fiscal year 2022 spending by that amount would be equivalent to cutting every federal program except Social Security, Medicare Hospital Insurance, and interest by about 30 percent over the course of the year. In months with low revenue inflows, the required reductions would be even greater.[6]

Deep cuts in federal aid would cause serious fiscal problems for states. Federal funding accounts for nearly a third of state spending nationally. (See Table 1 for state-by-state figures for fiscal year 2019, before the pandemic.) Funding for Medicaid — the largest source of federal aid for states — and public health would be at risk even though these services are especially vital during a pandemic. (Typically, the federal government reimburses states on a rolling basis for the Medicaid services they provide, but once it exhausts its cash balances and extraordinary measures, it will be unable to fully do so unless the debt limit is suspended or increased.) Federal funding for schools, affordable housing, clean water, and much more would also be threatened. The federal Highway Trust Fund, which provides funding for road construction, public transit, and other surface transportation projects, could also face cuts, with severe economic implications for states.

The total funding available within each state’s fiscal year would decline sharply without prompt payments from the federal government. This in turn would force states to cut spending on services, quickly raise significant revenues, or tap into rainy day funds and other state savings to cover costs.[7] These decisions would be forced at a time when many states are still struggling to navigate the economic fallout of the pandemic. The situation would grow more dire if delays in funding lengthened to weeks and months: patients could lose access to medical care as doctors struggled to cope with delayed Medicaid and Medicare reimbursements; delayed funds to child care assistance programs could leave providers unable to pay their bills and parents with fewer care options; and housing assistance payments could become badly delayed, leading families to miss payments over the next year, even as millions continue to report that they are not yet caught up on their rent or mortgage payments.[8]

Critical state and local investments in jeopardy include:[9]

Even a delay in funding could have serious consequences. If a hurricane, flood, or other natural disaster hit, states might not promptly receive needed federal disaster aid. Also, states count on the timely provision of federal aid to deliver on their own obligations, such as paying employees, covering business contracts, and providing services to people in need.

If the federal government is unable to pay its bills, its credit rating almost certainly will be downgraded (as it was in 2011, when the country nearly defaulted[10]) and the reductions in federal spending could easily push the economy into recession. A recession would cause state tax revenue to plummet — even as more people turned to state agencies for public assistance. Moody’s estimates that 6 million jobs would be lost, and the national unemployment rate would surge back to nearly 9 percent.[11] All this would happen at a time when states already are struggling with extraordinary costs associated with the pandemic.

While the Fiscal Recovery Funds provided to states under the American Rescue Plan could help temporarily, states had allocated about 40 percent of that funding as of early September. Further, 31 states have yet to receive their full Fiscal Recovery Fund allocation, and a default would put these pending allocations at risk.[12]

States spend most of their revenue on salary and benefits for teachers, judges, nurses, and other public employees. Pensions promised to these employees help states retain and attract people with the skills and experience needed to do these jobs well. The funding for pensions is held in trust funds and invested for the future. A stock market collapse would sharply reduce the value of pension stock holdings, effectively forcing states to pay much more into pension funds over time to cover benefits. That means states would have less to spend on other pressing needs unless they raised taxes or other forms of revenue.

In exchange for land, the United States agreed to protect tribal treaty rights, lands, and resources, including providing certain critical services for American Indian and Alaska Native tribes and villages. These services play a vital role in many tribal economies. Yet they are among the many legally binding obligations at risk of default if Congress fails to suspend or raise the debt limit.

Agencies such as the Indian Health Service and Bureau of Indian Affairs, which work to fulfill the federal government’s responsibility to tribal nations, likely would see reduced outlays and capacity due to federal spending cuts. That, in turn, would make it harder for tribal citizens to receive vital services when needed; it also would likely cause significant financial losses for tribal nations that contract with the federal government. Additionally, tribal citizens employed by the U.S. government would lose pay through any government furloughs. All of these impacts would lessen tribal nations’ ability to promote their own economic growth and adequately invest in the future.

Areas With Large Military Installations, Other Federal Operations Would Be Hurt Especially Badly

States, localities, and territories particularly dependent on federal spending would see the most immediate impacts from a federal default. When Congress nearly allowed a default in 2011, Moody’s placed the credit ratings of five states with AAA ratings under review for possible downgrade in the weeks leading up to the crisis. Moody’s explained that these states — Maryland, New Mexico, South Carolina, Tennessee, and Virginia — would likely be hit especially hard if the federal government were forced to lay off workers and cut back spending in other ways. That makes sense: these states’ economies are particularly dependent on major military installations or other federal operations. Moody’s also stated that the ratings of other AAA states would be threatened if the U.S. government’s credit rating were downgraded by more than one notch.

States have made economic progress as the nation begins to recover from COVID-19, but even the best-performing state economies would falter if the federal government failed to meet its obligations and the nation were forced into another recession. Congress should move immediately to raise or suspend the debt limit to protect the national economy and prevent additional hardship in the states.

[4] The existence of the debt limit does not reduce the validity of the obligation to make payments required by law or contract. But the debt limit can make it difficult or impossible for the Treasury to make those payments. The federal government has never lacked the funds to pay its obligations, so it’s not clear how it would resolve the situation. Most likely it would simply not make the payments, regardless of legal requirements to do so.

[7] States’ ability to use emergency federal fiscal aid provided under the American Rescue Plan would be limited since states are already using or plan to use this aid to cover shortfalls generated previously by the pandemic and to help people and businesses hurting due to the pandemic. As noted, states have already allocated large portions of this aid.

Congress Must Suspend or Raise the Debt Limit 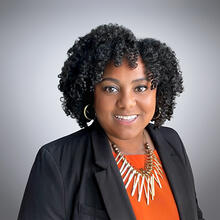