Social Security Does Not Face a Near-Term “Reckoning”

Alarmists’ Claims Are Unjustified, But Action Is Needed to Restore Long-Term Solvency

In recent weeks, several analysts, journalists, and legislators have sounded an alarm about the effect of the current recession on Social Security's near-term prospects, which has fostered an impression that the program may face serious problems in the next few years. Fortunately, this is not the case.

The recession has affected the system's finances, and the next report of the Social Security Trustees — due in coming weeks — is expected to show some deterioration in the program's financial outlook. But Social Security faces no immediate threat. The program continues to run large surpluses and remains capable of paying scheduled benefits in full for the next three decades or so.

Nevertheless, Congress and the Administration should act, sooner rather than later, to restore Social Security’s long-term solvency. Acting sooner allows changes to be phased in gradually and affords people more time to adjust their financial plans.

Is Social Security in immediate trouble? Some commentators say yes or imply that it is:

All of these statements cite the latest Congressional Budget Office (CBO) projections.[4]  In fact, CBO’s projections do not support these claims and show them to be wide of the mark (see Figure 1).

Social Security continues to run significant surpluses, even though the recession has temporarily shrunk their size.

Since the mid-1980s, the Social Security trust funds have steadily collected more in payroll taxes and other income than they have needed to pay benefits and administrative costs. They have used that excess to purchase Treasury bonds — almost $2.4 trillion worth by the end of fiscal 2008, bearing an average interest rate of almost 5 percent. CBO expects the funds to earn $119 billion in interest income in 2009.

Excluding interest, the OASDI surplus is indeed expected to slip to a slender $3 billion in 2010 before rebounding as the economy recovers. (See Table 1). That matters to the Treasury; when Social Security generates less extra cash, the government has to tap the credit markets to borrow more (just as the Treasury must borrow more when income tax receipts sag in a recession). Economic recovery will bolster the program's finances, although the annual Social Security surplus will deteriorate again after 2015, as demographic pressures accelerate with the retirement of the baby boomers.

What Should We Expect in the Trustees' Report?

The Social Security Board of Trustees will soon release its annual report.[5] The Trustees’ projections extend for 75 years, so that short-term fluctuations (like the current recession) are put in perspective.

Most observers expect the Trustees’ new projections to be gloomier by several years for each of these three measures. It is important to note that neither the first nor the second “key date” has any programmatic significance, although these dates help to illuminate Social Security's effect on the overall budget.

The fact that Social Security can pay full benefits for about another three decades does not mean, however, that policymakers should wait that long to address Social Security. To the contrary, it would be far better to address the challenge sooner rather than later, by carefully crafting a package that spreads sacrifices fairly across generations and income groups and allows those affected ample notice so they can adjust their financial plans accordingly.

[5] The Trustees of Social Security are the Secretaries of Labor, Treasury, and Health and Human Services; the Commissioner of Social Security; and two outside experts appointed as public trustees. The two public seats are currently vacant.

[6] These dates are for the combined OASI and DI trust funds. In isolation, DI faces these key dates sooner. 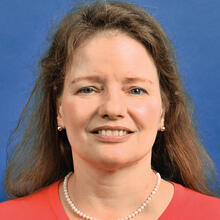