| By Becca Segal and Zoë Neuberger

A new Federal Communications Commission (FCC) policy will make it easier for school districts adopting the Community Eligibility Provision — through which they can serve meals at no charge to all students — to apply for discounted telecommunications services and Internet access through the E-rate program.[1]  The new E-rate policy streamlines the discount calculation process for community eligibility schools so that they do not face any additional burdens relative to other schools.

The Community Eligibility Provision, a relatively new option within the federal school meal programs, eliminates school meal applications.  Schools are eligible to adopt the Community Eligibility Provision based on the share of their students who are low-income, as assessed by other programs.  Schools that adopt community eligibility must serve all meals at no charge.[2]  Community eligibility has been implemented a few states at a time over the past three years and is available nationwide for the 2014-2015 school year.

The FCC on July 23 issued a new, permanent E-rate policy, which explains how community eligibility schools will calculate their E-rate discounts. The policy will take effect beginning in the 2015-2016 school year.[5]  It governs applications for E-rate funding that schools will submit in January 2015 and subsequent years.

Under the new policy, all school districts — whether they adopt community eligibility for all, some, or none of their schools — must determine their discount percentage for the district as a whole, rather than for each individual school (as under the previous policy).[6]  The district will add up all the students approved for free or reduced-price meals across all schools and divide that by the total student enrollment across the district.  The resulting percentage will determine the district’s E-rate discount rate.

If the number of students approved for free meals without an application increases during the course of a four-year community eligibility cycle, or if the Agriculture Department changes the 1.6 multiplier, the change will be incorporated into the calculations for E-rate so that community eligibility schools will not have to do one calculation for school meal purposes and another for E-rate purposes.

Because the FCC issued the new policy so close to the August 31 deadline for school districts to adopt community eligibility for the 2014-2015 school year, school nutrition administrators and other stakeholders can help local E-rate staff find the new policy, which is included in a more comprehensive document describing various changes to the E-rate program that might not have been disseminated to every school district already.

[1] The new policy is outlined in points 225-229 in “Report and Order on Modernizing the E-rate Program for Schools and Libraries,” Federal Communications Commission, released July 23, 2014, http://transition.fcc.gov/Daily_Releases/Daily_Business/2014/db0723/FCC-14-99A1.pdf. 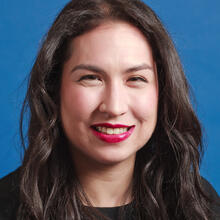