The Centers for Medicare & Medicaid Services (CMS) has finalized health care rule changes that will weaken benefit standards, likely harming people with pre-existing conditions; raise new barriers for people who want to enroll in health coverage; and reduce accountability for insurers and transparency for consumers.

The rule allows states and insurers to scale back benefits. The ACA requires plans in the individual and small-group markets to include all “essential health benefits” (EHB), ten general categories of services such as hospitalizations and prescription drugs. Under current rules and guidance, each state has an “EHB benchmark” that determines in greater detail what plans in the applicable markets must cover. Beginning in 2020, the new rule changes the standards for how states create benchmarks and how insurers comply with them, opening up new ways for states and insurers to scale back coverage of services that are costly but critical to people with serious health needs.

First, the new rule gives insurers in the individual and small-group markets more leeway to deviate from a state’s EHB benchmark. If the state allows it, insurers could substitute benefits across the EHB categories, instead of only within a given category as under current rules. This might permit an insurer to, for example, scale back coverage of hospital care or rehabilitative services and increase coverage of outpatient physician visits and urgent care to make up the difference. That could leave people whose conditions require costly hospital care with higher out-of-pocket costs.

Any state that modifies its EHB benchmark under the new rules would have to ensure it covers all ten EHB categories, but the new options would provide greater ability to scale back coverage within the broad categories. The rule also requires all state EHB benchmarks to not have benefits that are “unduly weighted” toward any of the EHB categories and to provide benefits for “diverse segments of the population” such as women, children, and people with disabilities, but these standards are not well defined.

In addition to its direct effects on the individual and small-group markets, the new rule could adversely affect health benefits for people in large-employer plans because key ACA cost protections are linked to the EHB definition.[1] Large-employer plans are prohibited from setting annual and lifetime limits and are required to cap enrollees’ yearly out-of-pocket costs only for EHB, so a benefit that’s no longer essential could be subject to annual or lifetime caps or excluded from out-of-pocket limits.

The rule weakens risk adjustment. The ACA’s risk adjustment program transfers revenues from insurers that end up enrolling a healthier-than-average group of consumers to those that enroll a sicker-than-average group, compensating those with sicker enrollees for the extra health care costs they incur. By doing so, risk adjustment reduces the incentives for insurers to design plans to avoid attracting people with serious health needs — for example, by excluding coverage for certain drugs, charging high co-pays for certain services, or limiting provider networks.

Beginning in 2020, the new rule will weaken the risk adjustment program by letting states shrink risk adjustment transfers among individual or small-group market insurers by up to 50 percent (provided they get federal approval). States where a politically influential insurer anticipates enrolling healthier consumers and paying into the risk adjustment program will face pressure to take advantage of the new option. But if they do so, insurers may no longer count on risk adjustment to compensate them for the excess costs of enrolling people with pre-existing conditions and other serious health needs. Consequently, they will likely redesign their plans so that coverage is less attractive for people with significant health needs.

Key provisions of the rule will make it harder for eligible consumers to enroll in coverage. For the first time, the marketplace will require consumers to verify their income if their attested income is above the poverty line but the data sources accessed by the marketplace, such as prior tax return data, suggest that their income is below the poverty line. People with incomes below the poverty line are not eligible for marketplace premium tax credits, because the ACA was drafted under the assumption that they would be eligible for Medicaid. (In states that have not taken up the ACA’s expansion of Medicaid, many instead fall into the “coverage gap,” eligible for neither Medicaid nor premium tax credits.) But the new verification requirements are likely to limit enrollment by low-income consumers who are eligible for tax credits. These consumers’ incomes often fluctuate from year to year, and so data sources such as prior-year tax returns may be out of date and inaccurate. Meanwhile, these consumers may struggle to get the needed documentation — for example, from multiple employers, or from a combination of employers and self-employment work — to certify their projected income.

The rule also removes the requirement for marketplaces to give consumers adequate notice prior to ending the advance premium tax credit (APTC) when a consumer has allegedly failed to file a tax return reconciling a prior-year credit. This could leave eligible consumers without the financial help they need to afford coverage and without the information they need to regain eligibility. Consumers who receive APTCs are required to file tax returns so that they can “reconcile” the amount of tax credit received based on their projected income against the amount they were entitled to based on their actual income. If they fail to file a return and reconcile the credit, they can be prevented from receiving financial assistance when they re-enroll in coverage, but current rules require that CMS or their state marketplace first provide them with information about the problem, giving them a chance to correct the record if they in fact filed a return or remedy the situation by filing. As the CMS press release explains, the new rule “requires Exchanges to discontinue APTCs for enrollees who fail to file taxes and reconcile past APTCs, even if the Exchange does not first send notice directly to the tax filer.”[2]

The rule will reduce consumer access to help.  Navigator programs play a critical role in providing marketplace consumers impartial information about ACA subsidies and plans, and they help consumers successfully complete the eligibility and enrollment processes.  This rule may drastically reduce consumer access to navigators by letting marketplaces have just one navigator serve the entire state, allowing navigators to not have a physical presence in the state they are paid to serve, and no longer requiring that navigator groups be consumer-focused nonprofit organizations.

These programs, especially those run by consumer-focused nonprofits, have designed their outreach and assistance to address multiple barriers for otherwise hard to reach groups including people who live in rural areas, have disabilities, have limited access to the Internet, or have limited English proficiency. In states that use HealthCare.gov, navigators are the only option for consumers to submit their marketplace applications in person with a group that is unbiased and sanctioned by the marketplace.  The risk of reduced access to unbiased, in-person assistance is especially great in states that use HealthCare.gov, where navigator decisions are made by the federal government.  Last year the Trump Administration slashed navigator funding by about 40 percent to about $36 million to cover more than 38 states,[3] and it intends to continue cutting funding for marketplace service, including navigators, moving forward.[4]

Additional guidance expands hardship exemptions. Exemptions from the requirement to have coverage or pay a penalty are available for people who experience hardships such as homelessness, a natural disaster, or the death of a close family member that prevent someone from enrolling in coverage. New guidance expands the situations in which exemptions are available to new groups, including people who: show that a lack of choice when there is only one issuer in their area “precluded” them from obtaining coverage; cannot buy an affordable plan that does not include abortion coverage, which is contrary to the consumer’s beliefs; have no qualified health plan in their area (a circumstance no consumer has experienced); or experience personal circumstances that may qualify as a hardship.[5]

The new guidance sends a signal that many people will face no tax consequences for dropping coverage this year, when the coverage requirement penalty is still in effect. While the overall impact of the new hardship definition is blunted by the fact that most people have already made their coverage decisions for 2018 and are likely to remain covered, some people, probably disproportionately healthy people, will likely drop coverage as a result.

The rule reduces transparency of insurance premium rates. Under current rules, insurers seeking premium increases of 10 percent or more must submit a document explaining why to the public. The new rule raises the threshold to 15 percent, meaning that insurers will be able to impose larger rate increases for 2019 without justification. The rule also newly exempts student health coverage, offered through colleges and universities, from federal rate review.

The rule diminishes the “medical-loss ratio” standard. Also known as the “80/20” rule, the medical-loss ratio (MLR) standard requires insurers in the individual and small-group markets to spend at least 80 percent of what they collect in premiums on medical care and improving health care quality rather than on profits and overhead. (The threshold for large-group plans is 85 percent.)[6] Insurers that fail to meet the threshold must pay back the difference to their customers. The new rule scales back the existing standard by allowing insurers to automatically claim 0.8 percent of the premiums they collect as quality improvement expenses and by making it easier for states to justify (and the federal government to grant) a reduction in a state’s minimum MLR threshold for the individual market. In the rule, the federal government estimates that the changes will cause insurer rebates to consumers to drop by tens of millions of dollars a year. 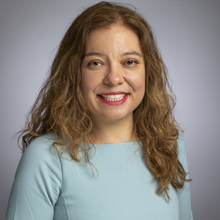