The package approved by the House Energy and Commerce Committee would:

The legislation the House Energy and Commerce Committee approved would require that all states cover pregnant people enrolled in Medicaid and CHIP for 12 months following the end of a pregnancy. Currently, states are required to provide just 60 days of postpartum coverage. In states that have expanded Medicaid under the Affordable Care Act (ACA), people with incomes up to 138 percent of the federal poverty line remain eligible for Medicaid after their postpartum period ends. However, people with incomes above that threshold often become uninsured. And in states that have not expanded Medicaid, people with much lower incomes lose coverage 60 days after giving birth, and those with incomes below the poverty line have no affordable pathway to coverage, because they are not eligible for subsidized coverage in the ACA marketplaces.

The American Rescue Plan, enacted in March, created a temporary option — which starts in April 2022 and is available for five years — for states to offer up to 12 months of postpartum coverage in Medicaid or CHIP. However, only about half the states have passed legislation or taken other steps to take advantage of this option, and of these, not all would extend coverage for 12 months.[2]

Medicaid plays a key role in financing prenatal and postpartum care. In 2019, Medicaid paid for more than 42 percent of all births in the United States, 65 percent of births to Black mothers, and more than 59 percent of births to Hispanic mothers.[3] Medicaid coverage significantly improves pregnancy-related health outcomes by increasing access to care — particularly during the postpartum period, research shows.[4] Postpartum health coverage is particularly important because life-threatening conditions during and after pregnancy are distressingly common in the United States. People with low incomes and people of color — especially Black people and American Indians and Alaska Natives — are disproportionately likely to face these conditions.[5] Ensuring that all pregnant people enrolled in Medicaid can get a full year of postpartum coverage is an evidence-based strategy to improve maternal and child health and reduce disparities that have driven this country’s Black maternal health crisis.

Continuous Coverage for Children Would Reduce Unnecessary Gaps in Coverage

Under the legislation approved by the Energy and Commerce Committee, all states would provide 12 months of continuous eligibility to children enrolled in Medicaid and CHIP, a change from what is now a state option adopted by 23 states for children in Medicaid and 25 states for children enrolled in CHIP.[6] While coverage for all children is authorized for 12 months upon approval of their application or renewal, they may lose benefits during that period if their families experience an income change or don’t respond to a notice from the Medicaid agency. Keeping children enrolled for the full 12 months increases continuity of care and reduces administrative costs.[7]

Income volatility is particularly common for low-income households. One study tracked low- and moderate-income households over a year and found that on average, their income fell more than 25 percent below average for 2.5 months of the year, and their income rose more than 25 percent above average for 2.6 months.[8] Another study found the majority of individuals in the bottom income quintile experienced more than a 30 percent month-to-month change in total income.[9] These fluctuations often raise family income above the eligibility threshold for some months of the year, putting them at risk of losing Medicaid even though their income has not significantly increased and may soon drop below the eligibility threshold.

In addition to requiring that households report changes in their incomes and other circumstances that may make them ineligible, many states match enrollee information against data sources, usually quarterly wage reports from their state workforce agencies. Though this information is outdated and doesn’t include detailed monthly income, many Medicaid agencies flag cases with discrepancies and mail a notice to enrollees requiring information — such as a pay stub or letter from their employer — to verify their ongoing eligibility. Many families don’t receive these notices, are unable to gather the required documentation, or don’t respond. Children then lose coverage, even though they may remain income-eligible for Medicaid.

Gaps in coverage resulting from income volatility, missed notices, and paperwork requirements lead to higher health care costs due to skipped medications, fewer screenings, or delayed care. Further, many individuals who lose coverage reapply, increasing administrative costs. About half the states have adopted continuous eligibility for children. Making it mandatory would extend the benefits of this policy to all children covered by Medicaid or CHIP.

The legislation would allow Medicaid to pay for health care services for people in jail or prison during their last 30 days of incarceration by partially lifting the statutory exclusion on Medicaid reimbursement for services provided to people who are incarcerated. Medicaid payments would be available for this population one year after the legislation’s enactment, giving the Centers for Medicare & Medicaid Services and states time to prepare.

People in jail and prison have high rates of chronic physical and behavioral health conditions but often go without needed health care while incarcerated and return home without adequate access to medications or care coordination.[10] Once home, health care often falls by the wayside as people face competing demands, including securing housing, finding work, filling prescriptions, connecting with family, and fulfilling court-ordered obligations. These gaps in care contribute to a litany of poor health outcomes[11] and compound the harmful effects of mass incarceration and the over-policing of people of color, particularly for Black and Hispanic people.[12]

Many states and localities have taken steps to enroll eligible people leaving jail or prison in Medicaid. While states should continue these steps, many people need help beyond enrollment to get care. One solution is “in-reach” services where case managers, clinicians, or peer support professionals visit people in jail or prison to help them prepare to return home.[13] In-reach services enable providers to assess people’s health, establish rapport, develop an individualized care plan, and schedule future appointments. But these services are severely underfunded and underutilized.

The reentry provision would give states additional, reliable funding that they could use to expand in-reach and other care coordination services to connect people to community-based health and social service providers upon reentry. These services would be especially beneficial for people with significant behavioral health or chronic physical health conditions.

The services could also connect people to housing and employment resources. People leaving incarceration report that finding work and housing are among their most urgent needs, making it difficult to prioritize their health care.[14] Stable employment and housing greatly improve people’s chances of staying out of jail and prison, but people who were formerly incarcerated experience homelessness at nearly 10 times the rate of the general public and face an unemployment rate of over 27 percent.[15]

Increased Federal Funding Would Improve Quality of and Access to Home- and Community-Based Services, Support Transitions to Community

The legislation creates a financial incentive for states to improve quality of and access to Medicaid HCBS. First, states could apply to receive planning grants from the Department of Health and Human Services (HHS) to develop robust HCBS improvement plans. After the Secretary of HHS approves a state’s plan, the state would get a 7 percentage-point increase in its federal matching rate (FMAP) for Medicaid HCBS. In addition, states would get an 80 percent FMAP for administrative costs associated with implementing the plan, significantly greater than the regular 50 percent FMAP states receive for administrative costs. These financial incentives would be available as long as states meet certain requirements:

This ambitious plan builds on the HCBS investments included in the American Rescue Plan, which made additional federal funding available (also through an FMAP increase) for one year beginning in April 2021 for states to bolster their efforts during the pandemic to help seniors and people with disabilities live safely in their homes and communities rather than in nursing homes or other congregate settings. This funding is helping states shore up HCBS and prevent an erosion of services that could undermine future efforts to expand HCBS to all people who need them.

But even before the pandemic, people already encountered considerable barriers to accessing Medicaid HCBS — which are optional services that states don’t have to cover — with over three-quarters of states reporting wait lists for some services, workforce shortages, and lack of affordable, community-based housing.[16] The HCBS provisions in the House legislation would allow states to continue the critical work they are beginning with the Rescue Plan investments and make long-term, systemic changes to improve access to HCBS, including through unprecedented actions to bolster the direct care workforce, composed primarily of low-income women of color.[17]

[1] For more on this provision of the legislation, see Judith Solomon, “Build Back Better Legislation Would Close the Medicaid Coverage Gap,” CBPP, September 13, 2021, https://www.cbpp.org/research/health/build-back-better-legislation-would-close-the-medicaid-coverage-gap.

Build Back Better Legislation Would Close the Medicaid Coverage Gap 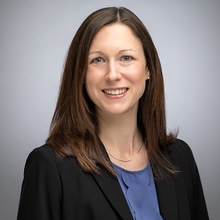 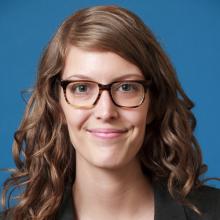