| By Elizabeth Wolkomir and Lexin Cai

The Supplemental Nutrition Assistance Program (SNAP, previously known as food stamps), the nation’s most critical anti-hunger program, plays an important role in encouraging and supporting work.[1] Some have argued that public assistance programs like SNAP do not do enough to incentivize work and create a benefit cliff that dissuades participants from working, trapping them in a cycle of poverty. Research has demonstrated, however, that this phenomenon is grossly overstated,[2] and in the case of SNAP, largely nonexistent. SNAP’s benefit structure is designed to reward earnings over unearned income, incentivizing participants to work and to seek greater income through higher wages or more hours.

SNAP Is Designed to Encourage Work

The majority of SNAP participants who can work, do work. Among non-disabled adults participating in SNAP in a typical month in mid-2012, 52 percent worked in that month, and about 74 percent worked at some point in the year before or after that month (a period of 25 months).[3]

Some policymakers have expressed concerns that SNAP participants have a disincentive to take a job or earn additional pay because their benefits fall when their earnings rise. In addition, an employer’s offer of a new job or the promise of additional hours can be unreliable. As a result, critics worry that workers are — or perceive that they are — better off financially by avoiding employment gains that could put their benefits at risk. To the contrary, SNAP supports work by boosting income and giving preferential treatment to earned income over unearned income in several ways through its benefit structure. The vast majority of SNAP workers will see an increase in their total income, i.e. earnings plus SNAP, when their earnings increase, providing an incentive to take a job or work more or at a higher wage. And, states have additional options to improve the preferential treatment of earnings through temporary income disregards and easing SNAP’s relatively modest benefit cliff.

As an entitlement program, SNAP serves all households that apply and meet the eligibility criteria. This means that workers who participate in SNAP do not risk seeing their total income (earnings plus SNAP) fall if the promise of increased hours or a new, higher-paying job does not come through. These workers can report their loss of income and their SNAP benefits will be restored to prior levels.

Some programs, such as child care or housing assistance, are not funded to serve all eligible people. When a worker’s income increases to a level such that she becomes ineligible for those supports, she may not easily be able to obtain help from those programs again if her income subsequently falls, since there may be a long wait list to participate. As a result, families can face a dilemma when considering whether to take an uncertain offer of extra hours and risk losing access to a crucial support such as child care. The fact that SNAP is an entitlement lowers the perceived and actual risks of working, making it easier for low-income families to take a chance on a new job, promotion, or increased hours.

SNAP’s rules give preferential treatment to earned income over unearned income (like Social Security or cash assistance). First, the program disregards 20 percent of earned income when calculating benefits. This disregard is meant to reflect income spent on work-related expenses like transportation and clothing that is therefore not available for food purchases. As a result of the earnings deduction, a household with earnings will receive a larger SNAP benefit than a household of the same size and gross income in which income comes from unearned sources. (See Table 1). So an unemployed worker who has the opportunity to replace his income from unemployment insurance or cash assistance with earnings will take home more total income with earnings and SNAP than with unearned income and SNAP.

Note: This example assumes each family claims the $164 standard deduction and has $981 in monthly shelter costs (the median value for all SNAP households of three with gross income between 75 percent and 125 percent of poverty based on the fiscal year 2017 SNAP household characteristics data, inflated to 2019 dollars). Family A can claim the 20 percent earned income deduction ($346), while Family B cannot.

In addition, SNAP’s reporting rules allow states to temporarily disregard increased earnings for short periods of time.[4] SNAP households, at state option, are not required to report increases in income for up to six months, provided household income does not exceed 130 percent of the federal poverty line (FPL), or $2,252 a month in 2019. This serves as an additional earnings disregard, since benefits are not immediately reduced when income rises.

SNAP’s benefit formula, which targets benefits based on a household’s size, income, and expenses, phases out benefits slowly with increased earnings.[5] This means, for most SNAP households, the program continues to serve as an income support — making it easier for families to afford food — as they earn more and work toward financial stability and self-sufficiency.

Because of SNAP’s gradual phase-out and earnings disregards, SNAP recipients will almost always see an increase in their total income when their earnings go up modestly. (See Figure 1.) For most households, each additional dollar of earned income results in SNAP benefits declining by only 24 to 36 cents.

Finally, SNAP includes a key state option, categorical eligibility, that allows states to raise income cutoffs by aligning SNAP’s income limit to that of a household’s Temporary Assistance for Needy Families-funded benefit.[6] This option is widely used to reduce administrative complexity and to prevent an abrupt end to benefits for households close to SNAP’s federal income thresholds.

SNAP has a federal gross income limit of 130 percent of the FPL, which for a family of three is $2,252 per month in fiscal year 2019.[7] This cutoff creates a benefit cliff for a small number of households that increase their earnings above that level. The cliff is most meaningful for working families with high expenses — including costly rent, utilities, and child care — that absorb a large share of their income. Families with large deductible expenses have less disposable income from other sources with which to purchase food and, therefore, receive higher SNAP benefits. As a result, they have more to lose from becoming ineligible for food assistance if a modest increase in earnings pushes them above the federal income threshold. If their earnings do not rise by more than their SNAP benefit loss, working more or at a higher wage leaves them worse off, overall.

For example, a single mother with two children working full time at $12.50 an hour would have income at 125 percent of the poverty level and receive about $161 a month from SNAP, making up about 7 percent of her total monthly income.[8] If her hourly wage increased by just 50 cents (or $86 a month), lifting her income just above 130 percent of FPL ($2,252 for a family of three in fiscal year 2019), the family would become ineligible for SNAP under the federal income eligibility cut-off. In this circumstance, the household’s loss of SNAP benefits would more than cancel out the higher earnings and leave the family worse off; their total monthly resources would decline by about $75 per month. (See Figure 2.) As noted above, this issue affects a small share of SNAP households. Only 3 percent of non-elderly, non-disabled households have income from earnings between 120 and 130 percent of the poverty line.

However, the categorical eligibility option allows states to lift the gross income limit to further smooth SNAP’s phase-out and alleviate the benefit cliff. The state option helps households close to the income threshold accept higher-paying work while staying connected to SNAP.[9] In the above example, under categorical eligibility, a 50-cent raise would reduce the family’s SNAP benefit by only $31 per month (to about $130), resulting in a monthly increase in resources of $55 per month.

More than 30 states currently use this option to ease SNAP’s modest benefit cliff.[10] In an average month, approximately 1 million low-income individuals receive food assistance as a result of this option.

SNAP’s benefit structure is designed to give the vast majority of participants a financial incentive to bring home more earnings. The program’s gradual benefit phase-out, earnings disregards, and entitlement structure allow families to stay connected to food assistance as they work toward financial stability and self-sufficiency. And states have options to further advantage earnings, negating the risks associated with accepting more hours or higher wages. Contrary to critics’ claims, SNAP encourages work and plays an important role in disrupting the cycle of poverty.

[1] Dorothy Rosenbaum, “The Relationship Between SNAP and Work Among Low-Income Households,” Center on Budget and Policy Priorities, January 30, 2013, https://www.cbpp.org/research/the-relationship-between-snap-and-work-among-low-income-households.

[5] The SNAP benefit calculation accounts for variation in expenses across households, targeting SNAP benefits to those with fewer resources available to purchase food. The formula allows certain expenses to be deducted when calculating household benefits. For detail on the SNAP benefit formula, including deductions, see “A Quick Guide to SNAP Eligibility and Benefits,” Center on Budget and Policy Priorities, updated October 16, 2018, http://www.cbpp.org/research/a-quick-guide-to-snap-eligibility-and-benefits.

[7] The federal gross income limit does not apply to households with elderly or disabled members.

[8] Under the categorical eligibility option, states may not raise the gross income limit above 200 percent of the poverty line, though most households that are helped have gross income just above 130 percent of poverty. Calculation assumes the family only has earned income and claims the $164 standard deduction and 20 percent earned income deduction and has $1,209 in monthly shelter costs (the median value for working households of three with children that have incomes at or above 125 percent of poverty based on the fiscal year 2017 SNAP household characteristics data inflated to 2019 dollars).

[9] Though categorical eligibility helpfully relaxes income limits, it does not mean that applicant households automatically get SNAP benefits or that significant benefits go to non-needy families. Households that are eligible for SNAP as a result of categorical eligibility must still apply through the regular application process to determine if they qualify to receive a benefit based on their household size, net income, and eligible deductions. 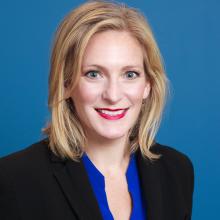 Elizabeth Wolkomir, a Senior Policy Analyst, joined the Center in 2017. Her work focuses on SNAP policies.

Before joining the Center, Wolkomir was a Program Examiner at the White House Office of Management and Budget (OMB). At OMB, she oversaw a multi-billion dollar portfolio of federal programs that serve low-income and vulnerable populations, including USDA’s nutrition and food assistance programs and HHS’s refugee resettlement, unaccompanied children, and runaway and homeless youth programs. Her previous work has focused on international efforts to alleviate poverty and promote labor rights.

Wolkomir holds a Master of Arts in International Development and Economics from The Johns Hopkins University School of Advanced International Studies. 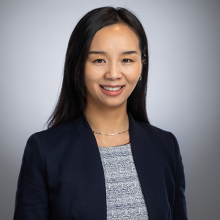