Slashes These Programs by Unprecedented $2.5 Trillion

President Trump’s 2018 budget contains the largest dollar cuts to programs for low- and moderate-income people proposed by any President’s budget in the modern era, reflecting a strikingly imbalanced approach to reducing the deficit or offsetting the cost of its proposed tax cuts.  The plan would cut these programs by an estimated $2.5 trillion over the next decade.  About two-thirds (66 percent) of the budget’s cuts would come from these programs, which help low- and moderate-income families afford the basics or improve their upward mobility.

Altogether, the budget proposes $3.7 trillion in non-defense cuts through 2027.  This means its $2.5 trillion in cuts to programs assisting low- and moderate-income people would constitute about 66 percent of the total non-defense cuts (see Figure 1), even though these programs currently account for just 28 percent of non-defense spending and just 23 percent of total program spending. No other modern President has proposed a budget with cuts of this magnitude.No other modern President (including President Reagan when he proposed deep cuts to low-income programs in his first budget) has proposed a budget with cuts of this magnitude to programs assisting struggling families, even if the cuts are adjusted for inflation or measured as a percent of the economy.

The proposed reductions to low- and moderate-income programs would increase the number of uninsured by substantially more than 23 million; significantly undermine the Supplemental Nutrition Assistance Program (SNAP, formerly food stamps), which provides basic food aid to more than 40 million low-income Americans; and dramatically reduce job training and education aid, which are essential to helping people move out of poverty by securing decent jobs.  Specifically, the budget includes:

1 Net impact on spending, including small increases for some programs and excluding effects on tax receipts.
2 The total CTC and EITC cut equals $30 billion, consisting of $25 billion in outlay reductions and $5 billion in tax increases.
3 Total low-income cuts do not reflect the elimination of subsidized student loans.  Unlike the other programs in this table, the overall student loan program is not targeted on low- and moderate-income families by CBPP’s long-standing definition.
4 Total non-defense programmatic cuts do not reflect Administration budget proposals to reduce improper payments and modify financial regulations, which the Congressional Budget Office and the Joint Committee on Taxation did not count as savings. Source: CBPP based on Congressional Budget Office and Joint Committee on Taxation

As Table 1 indicates, over the next decade the Trump budget also proposes: $15 billion in cuts to the Temporary Assistance for Needy Families (TANF) program, which already has lost more than one-third of its value since the mid-1990s due to inflation; $17 billion in cuts by eliminating the Social Services Block Grant, which provides states with funding for services for people with modest incomes, such as child care and adult day care programs; and $30 billion in cuts[4] to the Child Tax Credit and Earned Income Tax Credit.  Further, the budget would eliminate subsidized student loans for low- and moderate-income families, forcing them instead to take out the more expensive unsubsidized loans that accrue interest while the student is in school.  This will raise the cost of college for students with demonstrated financial need.[5]

Taking From Those Who Are Struggling, Giving to Millionaires

While severely cutting basic health, food, housing, job training, and other supports and services for Americans of lesser means by $2.5 trillion over the next decade, the budget also embraces both the explicit tax-cut proposals that the Administration has made to date and the tax cuts in the House bill to repeal and replace the ACA; these tax cuts combined appear to cost roughly $6 trillion over this period, based on our analysis of Tax Policy Center estimates.  The tax cuts are heavily tilted toward the top of the income spectrum.  Millionaires alone would receive tax cuts that could total more than $2 trillion over the decade.

The budget claims that its eventual tax plan will be revenue neutral, but it provides little information regarding any tax increases or loophole-closers to support this assertion.  The details now reflected in the budget would effectively shift an extraordinary amount of income from struggling families to the highest-income families — from the poor to the rich — amounting to “reverse Robin Hood” policies of a magnitude that no modern President’s budget has ever proposed.

CBO’s data and the Administration’s data released by the Office of Management and Budget (OMB) both show that President Trump’s 2018 budget proposal would hit low- and moderate-income people harshly and disproportionately.  Both analyses show that the budget contains the largest cuts to programs for low- and moderate-income people proposed by any President’s budget in the modern era: an estimated $2.5 trillion over the next decade.  The CBO data indicate that 66 percent of the budget’s non-defense cuts would come from programs that help low- and moderate-income families afford the basics or improve their upward mobility; the OMB data indicate a similar figure of 59 percent.

CBO couldn’t assess the effects of the Administration’s tax-cut plan because that plan hasn’t been fully fleshed out.  However, new information from the Tax Policy Center suggests that the details released so far imply revenue losses in the neighborhood of at least $3.5 trillion over the next decade (counting all possible revenue-raising provisions that the Trump campaign and Administration have mentioned), with high-income people and corporations receiving the lion’s share of the benefits.

If something like this plan were put forward, the Administration’s deficit projections would turn out to be more than $7 trillion too optimistic over the next decade.  And, as the revenue losses would more than offset the deficit reduction from proposed spending cuts, the Trump budget would increase projected deficits by hundreds of billions of dollars over the decade, rather than reducing deficits to the point that balance would be achieved by 2027.

[1] For the original analysis using the Trump Administration data, see Isaac Shapiro, Richard Kogan, and Chloe Cho, “Trump Budget Gets Three-Fifths of Its Cuts From Programs for Low- and Moderate-Income People,” Center on Budget and Policy Priorities, May 30, 2017, https://www.cbpp.org/research/federal-budget/trump-budget-gets-three-fifths-of-its-cuts-from-programs-for-low-and.

[2] For an explanation of this combined calculation, see Edwin Park, “Trump Budget Cuts Medicaid Even More Than House Health Bill, Showing Danger of Per Capita Cap,” Center on Budget and Policy Priorities, May 23, 2017, https://www.cbpp.org/blog/trump-budget-cuts-medicaid-even-more-than-house-health-bill-showing-danger-of-per-capita-cap.  That analysis estimated the combined Medicaid cuts reflected in the Trump budget would total $1.3 trillion from 2017-2026, examining those years to maintain consistency with the CBO analysis of the House health bill.  The $1.6 trillion figure used here is for 2018-2027, the ten-year window that is the focus of the budget.

[3] To estimate future cuts in discretionary low-income programs, we assumed that each program would receive the same proportion of non-defense discretionary funding every year throughout the decade as in 2018 under the Trump budget.

[4] The cuts to these tax credits includes $25 billion in spending (or outlay) cuts and $5 billion in tax increases.

[5] This cut (of $23 billion) is not included in the $2.5 trillion total since the student loan program, unlike the other programs discussed in this report, is not targeted on low- and moderate-income families; it also serves families with larger incomes. 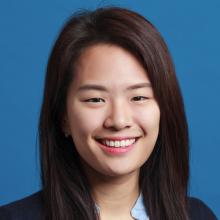