Without a Deal, BCA Would Force Deep Cuts

The BCA imposed restrictive funding limits or “caps” on defense and NDD programs. It also included a provision — known as “sequestration” — that would impose deep cuts in both defense and non-defense programs if Congress did not enact additional deficit reduction. This threat of deep cuts was supposed to prompt Congress to reach an agreement on a deficit-reduction package, but that effort failed and the automatic sequestration cuts took effect.

NDD cuts of the magnitude required by the BCA would damage key public services and investments. NDD is currently funded at a historically low level of just 2.9 percent of the economy (or GDP), even with the additional funding provided in the last budget agreement. Moreover, various important services and investments are underfunded. For example, just 1 in 4 low-income households eligible for housing assistance receives it and just 1 in 6 children eligible for child care assistance gets any help. There are large backlogs in facility maintenance in national parks, and Pell Grants, which help low- and moderate-income students afford college, now cover a smaller share of the cost of attending a four-year public college than at any time since the program was fully implemented 47 years ago. These and other areas need increased resources to meet the country’s needs, not deep cuts.

Indeed, we are just emerging from a period of disinvestment in non-defense discretionary programs. Despite the budget agreements that ameliorated the BCA’s cuts over the 2013-2017 period, overall funding for NDD fell by a total of $400 billion from 2011 through 2017, relative to the funding that these programs would have received if funding had remained at the 2010 level, adjusting only for inflation.[3] While the budget deal that increased funding in 2018 and 2019 provided significant resources above 2017 funding levels, funding in these years remained below the 2010 level adjusted for inflation.

While the NDD funding increase is not profligate, the additional resources will allow Congress to build on investments made following the last budget deal in high-priority areas such as child care, infrastructure, substance use disorder prevention and treatment, low-income housing, and environmental protection — as well as to begin addressing other serious unmet needs.

There has been a bipartisan consensus that the resulting BCA funding ceilings are too low to meet national needs. That is why policymakers have enacted a one-year budget deal, followed by three two-year budget deals, to raise the caps. In each case, the increases have involved parity in one form or another, reflecting in part the idea that since the BCA’s sequestration cuts were split evenly between defense and non-defense programs, funding increases above the BCA levels should similarly provide equal increments. The House Budget Committee bill would be the fourth such agreement, covering the final two years of the discretionary caps, 2020 and 2021.

Figure 2 shows the first year of the three two-year deals and the first year of the Yarmuth-Lowey proposal. As can be seen, the dollar amounts of the increases above the levels of the defense and NDD caps were identical in the first and second deals and are again proposed to be identical in the Budget Committee’s bill — this can be termed parity. In the 2018-2019 deal, by contrast, policymakers raised the defense cap by more than NDD cap, although some view the 2018-2019 deal as also encompassing parity, with parity measured a different way.[7]

Bill Allows Some Funding Outside the Caps

Over the years, war funding has increasingly been viewed as largely indistinguishable from regular funding subject to the caps. In 2019, defense received $69.0 billion in war funding, and the State Department (classified as an NDD agency) received $8.0 billion. The Yarmuth-Lowey proposal would freeze war funding at those levels in 2020 and 2021. Press reports often combine regular and war funding, summing to $733 billion for defense in 2020 and $639 billion for NDD programs in 2020.

The proposal would create two additional types of funding outside the caps:

[1] The BCA initially established low funding ceilings and then further reduced them by an automatic process called “sequestration.” In this analysis, when we refer to “the BCA caps” we mean the very low ceilings in effect after both steps, i.e., the post-sequestration caps.

[2] In addition to the three most recent two-year budget deals covering the years 2014-2019, Congress also enacted a deal that diminished the BCA’s budget cuts in 2013.

[4] Benefits for veterans are categorized as “non-defense” in the federal budget, and discretionary benefits such as veterans’ medical care are subject to the NDD caps. The Congressional Budget Office recently estimated the spending needed for veterans’ medical care to grow in a manner consistent with historical and projected growth in the costs of medical care, the expected number of veterans who need that care, and the new Mission Act. The $10 billion funding increase is derived from back-up data supplied by CBO. See CBO, “Possible Higher Spending Paths for Veterans’ Benefits,” December 21, 2018, at https://www.cbo.gov/publication/54881.

[5] Historical data on NDD funding do not distinguish between funding that is subject to the BCA caps and that which is not; see the section titled “Bill Allows Some Funding Outside the Caps.” For that reason, this historical comparison covers the total amount of NDD funding, including amounts that are not subject to the caps.

[7] The rationale is that the 2018-2019 deal involved removing 100 percent of the discretionary sequestration for both defense and NDD programs and then further increasing the defense and NDD caps by equal dollar amounts. However, that deal not only allowed the mandatory sequestration cuts to remain in place, it actually extended them for two additional years. The deal provided sizable increases in NDD funding, but increased defense by a larger amount.

[8] The types of funding listed above are not technically “outside the caps” though it is easiest to describe them that way. Rather, the caps on regular funding are automatically increased each year to accommodate the additional funding that Congress chooses to enact for war costs, disasters and emergencies, and program integrity. Under the BCA, the amount of war funding that may be enacted outside the caps is not limited, though Congress must designate such funding as being for war purposes and the President must independently concur with that designation. The amount of extra funding for program integrity (which entails extra funding to fight Medicare fraud and to conduct periodic reviews of the status of people who have previously been adjudged disabled for purposes of certain federal benefits) is limited to specified dollar amounts. Both the Office of Management and Budget and CBO estimate that the mandatory savings generated by those types of program integrity funding far exceed the additional discretionary funding. The amount of disaster funding, which is supposed to keep the Federal Emergency Management Agency’s (FEMA) disaster relief fund well stocked, is limited by a complicated formula. And the amount of funding for emergencies — e.g., natural disasters whose large costs exceed what FEMA can handle with normal disaster-relief funding — is, like war costs, not limited. 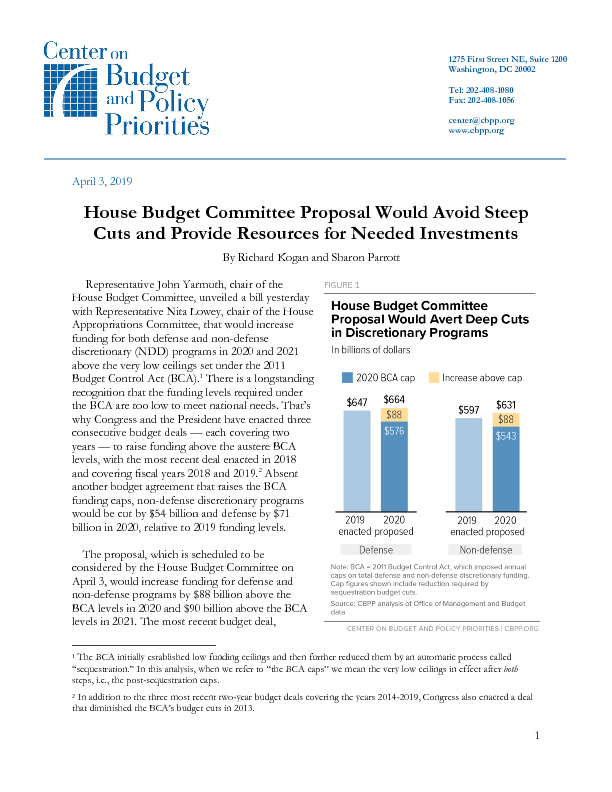