Senate Budget Committee Chairman Mike Enzi’s new five-year budget plan fails at the key task of laying out a path for Congress to resolve the year’s most pressing budget challenge: reaching agreement on discretionary funding levels. It acknowledges the problem but offers no recommendations. Instead, it presents only the deep cuts that policymakers would have to impose in 2020 and 2021 if they adhered to the funding levels for defense and non-defense discretionary programs mandated by the 2011 Budget Control Act (BCA).

The Enzi budget sets funding for non-defense discretionary (NDD) programs at the levels required by the BCA in 2020 and 2021. It does the same for defense. The caps for both non-defense and defense discretionary funding have been lowered by “sequestration,” a process mandated by the BCA when Congress failed to enact more deficit reduction in 2011. Adhering to the 2020 NDD cap level in the Enzi budget would require a $55 billion (9 percent) cut below the 2019 cap level. Moreover, the total cut in NDD would amount to $78 billion (13 percent) in 2020 when other proposals in the budget that affect NDD funding, such as funding for Overseas Contingency Operations (OCO), are taken into account (and that are discussed in more detail below). For defense, the budget proposes a cut in 2020 of $73 billion (10 percent) below the 2019 level, including OCO. All these cuts would be about 2 percentage points deeper after taking account of the effects of inflation.

The budget resolution includes language allowing for higher discretionary funding levels if Congress amends the BCA to raise the caps, while calling for those increases to be offset over the next ten years. Supporting materials state that the BCA requires the budget resolution to assume funding levels consistent with those now in law, but that is not the case; some past Senate budget resolution proposals have presented a higher path for discretionary funding, effectively laying down a marker for negotiations over the cap levels.[1] The Enzi budget presents no such markers for the 2020 and 2021 NDD levels.[2]

Other aspects of the budget plan indicate that Chairman Enzi seeks to cut NDD severely, particularly over time. In the years after 2021, the budget would freeze NDD funding at the BCA’s 2021 level — after the sequestration cut is applied — without even adjusting for inflation. Regardless of what negotiations produce for the NDD cap level for 2020 and 2021, therefore, Enzi essentially proposes to institute the harsh BCA sequestration levels in future years.

In addition, the budget calls for eliminating the use of certain savings, known as CHIMPs (Changes In Mandatory Programs), that Congress routinely uses to offset a portion of non-defense appropriations. CHIMPs generate savings in certain mandatory programs by rescinding, delaying, or otherwise limiting the use of funds provided by authorizing law for these programs. Under current rules, CHIMPs are limited in the Senate to $15 billion in 2020. (An appropriations bill that would bring the total above $15 billion would face a point of order that would require 60 votes to waive.) But under the Enzi budget, no CHIMPs would be allowed in 2020 and beyond, which would necessitate an additional $15 billion a year in cuts in NDD programs.

Some have argued that many CHIMPs are budget gimmicks because they don’t produce real savings, such as cancelling funding that was unlikely to be spent anyway or delaying spending from one year to the next. Regardless of what one thinks of CHIMPs, they have been part of the appropriations process for many years, and Congress built them into the BCA cap totals negotiated in 2011. Indeed, the 2011 appropriations package enacted before the BCA caps were set included dozens of CHIMPs, which the Congressional Budget Office scored as producing $17.5 billion in savings. Nothing in the BCA suggests any intent to alter the rules regarding the use of CHIMPs as offsets. As a result, the level of CHIMP savings has remained roughly constant since the BCA’s enactment, providing about $15 to $20 billion per year in offsets that support additional non-defense program funding.[3] Thus, unless Congress raised the BCA caps by $15 billion to account for the elimination of CHIMPs, enforcing this rule in the Enzi budget would require a $15 billion cut in NDD programs, on top of the cuts from pushing NDD funding down to the sequestration level.

Taken together, these three proposals — holding NDD funding to the BCA cap level, eliminating $15 billion of CHIMP offsets, and ending $8 billion of OCO funding for the State Department — would reduce funds available for NDD programs by $78 billion in 2020 relative to the 2019 enacted level.

The Enzi budget resolution calls for $551 billion in cuts to mandatory spending programs over the 2020-2024 period — $100 billion more than in President Trump’s budget. Mandatory programs are those whose funding levels are not set in annual appropriations, including Medicare, Medicaid, SNAP, farm price supports, and federal retiree benefits. Senator Enzi has provided little detail about precisely where these cuts would be made, but it’s clear that they would seriously affect low- and moderate-income individuals and families.

Health care. Despite broad public opposition to past efforts to “repeal and replace” the Affordable Care Act, the Enzi budget resolution doubles down on past efforts to cut Medicaid and ACA marketplace subsidies. The resolution calls for $281 billion in cuts over five years in the part of the budget that funds Medicaid, the Children’s Health Insurance Program, and ACA subsidies. These cuts would likely total well over $1 trillion if measured over ten years, as budget proposals are typically presented. The five-year health cuts are almost twice as large as those in the recent Trump budget, which called for repealing the ACA (including its Medicaid expansion) and substituting an inadequate block grant in its place, while also imposing a per capita cap on the rest of the federal Medicaid program and taking Medicaid coverage away from individuals who don’t meet a work requirement.[4] These proposals would end the ACA’s nationwide protections for people with pre-existing conditions, cause millions of people to become uninsured, and increase costs and otherwise impede access to health care for millions more. The Enzi budget resolution would also reduce Medicare spending by $77 billion over five years.

Higher education assistance. The budget resolution would cut Pell Grants and student loans by $72 billion, which would make it more expensive — and thus more difficult — for students to attend college. The maximum Pell Grant in 2019 covers just 28 percent of the cost of an in-state public four-year college — compared to 79 percent in 1975.[5] The budget resolution would make further cuts in Pell Grants, which help nearly 8 million students from low- and moderate-income families afford college, by eliminating all of the program’s mandatory funding. This change would cut the maximum Pell Grant from $6,195 to $5,135 in the 2019-2020 school year.[6] Senator Enzi’s suggestion that the Appropriations Committee could offset the repeal of mandatory funding by raising discretionary funding for Pell seems extremely unrealistic since his budget resolution sharply cuts overall NDD funding. The resolution also would apparently make significant cuts in student loans, further increasing students’ costs.

Other programs. The budget resolution would also cut mandatory spending by $10 billion over five years in natural resource programs, $10 billion in agriculture, $41 billion in commerce and housing credit, and smaller amounts in other areas.

While the Enzi budget sets defense and NDD funding at the unacceptably low BCA sequestration levels, press reports indicate that Senate Appropriations Committee Chairman Richard Shelby is considering preparing 2020 appropriations bills using the overall 2019 levels for defense and non-defense discretionary funding as the starting point.a But freezing 2020 NDD funding at the 2019 level would leave this area of the budget significantly underfunded at a time when it faces growing pressures. In particular, a continuation of the 2019 funding level would not accommodate the large increases needed in 2020 to fund the decennial census or keep pace with the cost of veterans’ health care. Nor would it account for the impact of inflation on the costs of services across government or the need for investment in certain high-priority areas.

While the most recent budget agreement fully reversed the discretionary sequestration cuts in 2018 and 2019 and provided some additional resources for new investments, NDD funding in 2019 is still below the 2010 level adjusted for inflation, and it equals just 3 percent of gross domestic product — close to the lowest level on record in data going back to 1976. This is because the 2018 and 2019 increases came after seven years of reductions in NDD funding. While bipartisan agreements reduced the depth of the sequestration cuts over the 2013-2017 period, NDD funding was still cut significantly. We estimate that NDD programs received roughly $400 billion less between 2011 and 2017 than they would have if NDD funding had stayed at its 2010 funding level adjusted for inflation.b The increases of 2018 and 2019 have only started to address this period of disinvestment.

Moreover, addressing the needs of the Census Bureau and the Department of Veterans Affairs (VA) health programs will require at least $14 billion of additional funding in 2020 relative to the 2019 level. Specifically, the Census Bureau will need about $4 billion more than it received in 2019 for the decennial census and other data collection work (for total funding of about $8 billion). The VA will need an additional $10 billion or more compared to its 2019 funding level to accommodate the needs of the 2018 Mission Act and the rising costs of veterans’ health care programs, which have grown faster than inflation in each of the past 13 years. (The Mission Act expands veterans’ access to community-provided health care services, consolidating several programs.)

Accommodating this $14 billion increase while maintaining other NDD programs at their 2019 levels adjusted for inflation (since inflation raises the costs of the services and benefits that these programs provide) would require raising overall NDD funding by $27 billion in 2020. In addition, large unmet needs exist in several areas. For instance, significant amounts of basic infrastructure are decaying, only about 1 in 6 low-income children eligible for child care assistance receive it, and only about 1 in 4 eligible low-income households receive any rental assistance at a time when the shortage of affordable housing has grown markedly in many areas across the country.

[1] For example, see the fiscal year 2014 budget resolution introduced by Senator Patty Murray, https://www.congress.gov/bill/113th-congress/senate-concurrent-resolution/8/text. Unlike the Enzi budget, the Murray proposal included additional discretionary funding in all of the budget resolution’s spending and deficit figures. Only the amount of budget authority allocated to the Appropriations Committees assumed the statutory caps.

[2] Section 4101, which allows for certain adjustments to the budget after a deal changing the caps has been enacted, provides an illustrative defense level of $750 billion in 2020 — the level in the Trump budget. But this obscure reference falls far short of the type of proposal typically reflected in a budget resolution. For non-defense discretionary funding, the budget gives no indication of a preferred level. 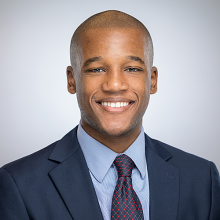