November 19, 2015: We've updated this post to clarify the figure about sanctions for non-compliance with Maryland's work requirement.

House Speaker Paul Ryan has called for another round of welfare reform, “as an exercise to save lives and to get people from welfare to work and realize opportunity and upward mobility.”  But the first round of welfare reform didn’t accomplish what Speaker Ryan says it did, according to a new study of former Temporary Assistance for Needy Families (TANF) recipients in Maryland.

State TANF agencies have to meet a 50 percent work participation rate for TANF recipients, but they don’t have to collect data on their employment or earnings.  Welfare reform’s proponents continue to tout TANF’s track record in moving families to work even though we have almost no recent data on welfare reform’s recent accomplishments.

But a new study of almost 5,000 Maryland families that left TANF between December 2001 and March 2009 disputes those claims.  Stable employment and increasing earnings were the exception, not the norm, over five years after the families left TANF, the University of Maryland’s Family Welfare Research & Training Group found.

Like almost every other state, Maryland imposes work requirements on most adult recipients and imposes stiff financial penalties on those who don’t comply.  In fact, sanctions for not complying with the work requirement are the most common reason why families leave TANF, accounting for 35 percent of all recent exits from the program.

Many former recipients spent substantial time without work and with very low earnings across the five-year follow-up period, the study shows. 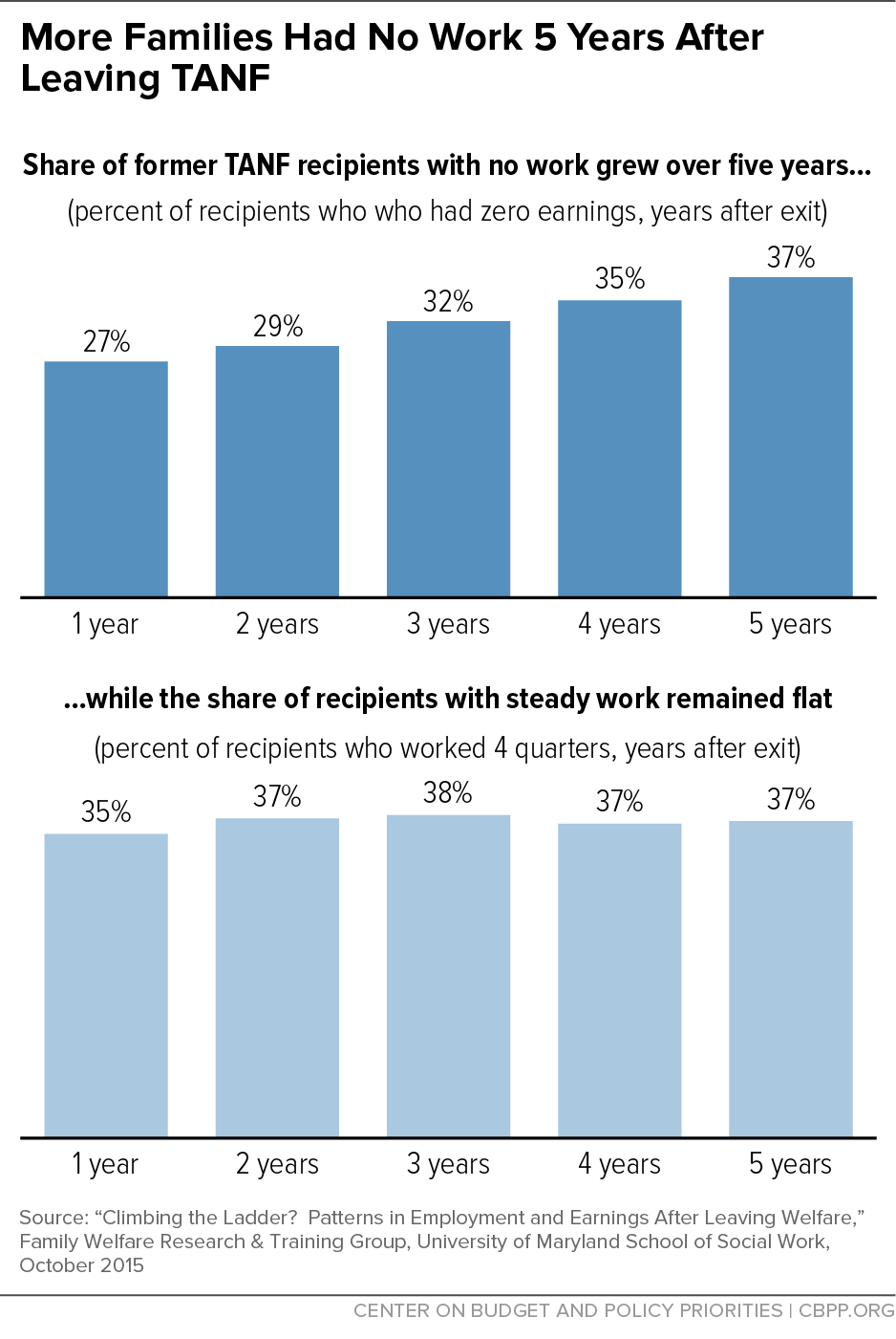 As we’ve said before, TANF isn’t the success that some proponents claim.  And TANF-like work requirements aren’t a solution to reducing poverty.  In fact, they may make a substantial share of families worse off.

April 9, 2015
PreviousThe Role of Neighborhoods in Persistent Poverty
Next Weaker Unions Likely Would Mean Greater Income Inequality
Stay up to date
Receive the latest news and reports from the Center