TANF at 23: Black Children Have a Better Chance to Thrive When States Act to Improve TANF

Last week, we explained that cash income matters to the lifelong success of children living in poverty. We can all agree that Black children should have the same opportunity to thrive as their white peers. However, choices that some states have made in their TANF programs can limit Black children’s access to the same opportunity. Earlier this week, we noted how, under TANF’s flexibility, states perform poorly when it comes to TANF benefit levels, the reach of TANF cash aid, and how they spend TANF funds. Today’s post looks at data showing that states where Black families are likelier to live are among the poorest-performing states in the nation on these three factors. 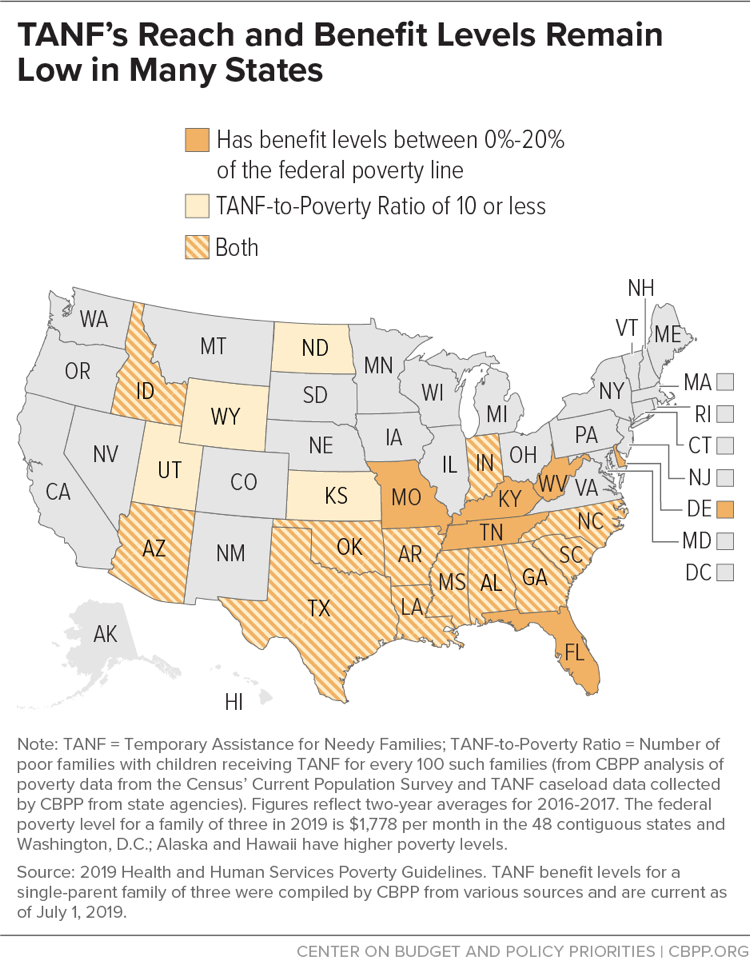 In states where most Black families live, state flexibility under TANF has significantly weakened financial support and access to the work programs that TANF can offer, exacerbating racial inequities that decrease economic mobility and opportunity. Economic security programs, like TANF financial assistance, can improve children’s long-term outcomes, a growing body of evidence shows. Black children and their peers can thrive when they have access to more resources for a stable foundation during childhood. Policymakers can and should increase TANF benefit levels and protect their value, remove barriers to cash assistance, and target TANF funds to families experiencing poverty. The states where Black families likely live must step up and end this disparity to truly bring an end to poverty in all communities.

TANF at 23: States Spend Only a Quarter of TANF Funds to Help Families Meet Basic Needs

August 15, 2019
PreviousInclusive State Policies Toward Immigrants Can Help Counter Nativist Federal Actions
NextAs School Year Begins, Time for States to Invest in Schools
Stay up to date
Receive the latest news and reports from the Center